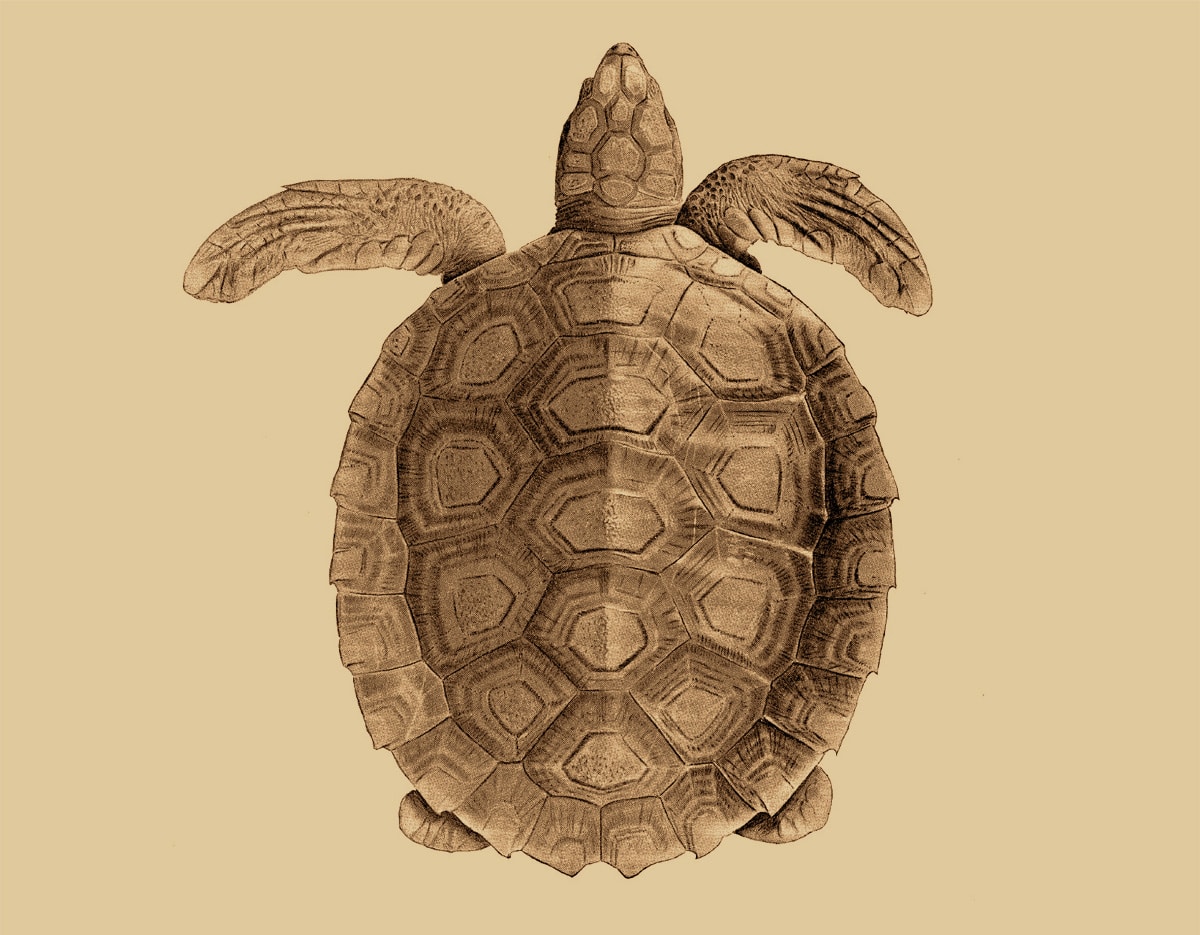 The Flatback turtle Natator depressus inhabits and nests mainly in Australia, and the surrounding beaches. Even though the Flatback turtles live in a limited range, you can find very little information about these species when compared with the other sea turtle species. The original thought that these turtles may have a relation to the Green sea turtles or the Kemp’s Ridley has now changed to give these turtles distinct species status. The Flatback sea turtle, often referred as the Australian Flatback is approximately 2 feet in height and 150-200 pounds in weight. The soft carapace turns up at the edge, and is usually olive or gray in color and the bottom shell (plastron) is light yellow in color.

The Flatback sea turtle lives mainly in the Pacific Ocean; bays, coral reefs, lagoons, narrow, grassy waters, specifically the water bodies near the northern coast of Australia and Papua New Guinea and at times, even Indonesia. Coastal waters, less than about 200 feet in depth serves as ideal habitat for them.

Even though the turtles feed from their habitats in Indonesia and Papua New Guinea, it nests only in Australia. The northern half of Australia, extending from Exmouth in the western part of Australia up to Mon Repos Conservation Park in Queensland is a popular nesting area for the turtles. Crab Island in the western Torres Strait is another popular breeding ground. The southern Great Barrier Reef islands as well as the offshore islands lying to the northern side of Gladstone are also breeding spots of the Flatback turtles. The Australian Flatback tends to mate offshore. Thus, scratches and bites affect the soft skins of the female turtle, which that will later heal.

The female turtle lays eggs on shore, digging at least to 2 feet depth, and every time she lays a clutch of about 50-70 eggs.

They may lay eggs every 2 weeks during the nesting season, and return every 2-3 years to nest. The size of the clutch of the Flatback turtles is comparatively smaller in size; the eggs are huge in size (like that of the leatherback), even for these turtles of medium size. The approximate weight of the eggs is about 2.7 ounces, while the baby turtle weighs about 1.5 ounces.

The eggs take about 48-66 days to hatch, depending on the warmth of the nest. The eggs hatch fast if the nest is warmer. The hatchlings bear undigested yolk, which will help them to feed during the initial phase at sea.

The young turtles are relatively larger than the other turtles residing in the sea. They detect their direction at sea from the lights that reflect in the sea water.

As soon as the turtles reach the Ocean, rather than going far inside, they prefer to swim in the shallow water alongside the coast. The gentle shells and the flippers help them to swim as fast as 29 kph. The Flatback turtles are constantly competing with crabs, birds, crocodiles and lizards for food or nesting spots.

In Western Australia, the Flatback sea turtle faces a threat of extinction, while the Red List of the IUCN is unable to offer proper information about the total population. Industrial developments and pollution have resulted in the significant decrease of the Australian Flatback turtle.