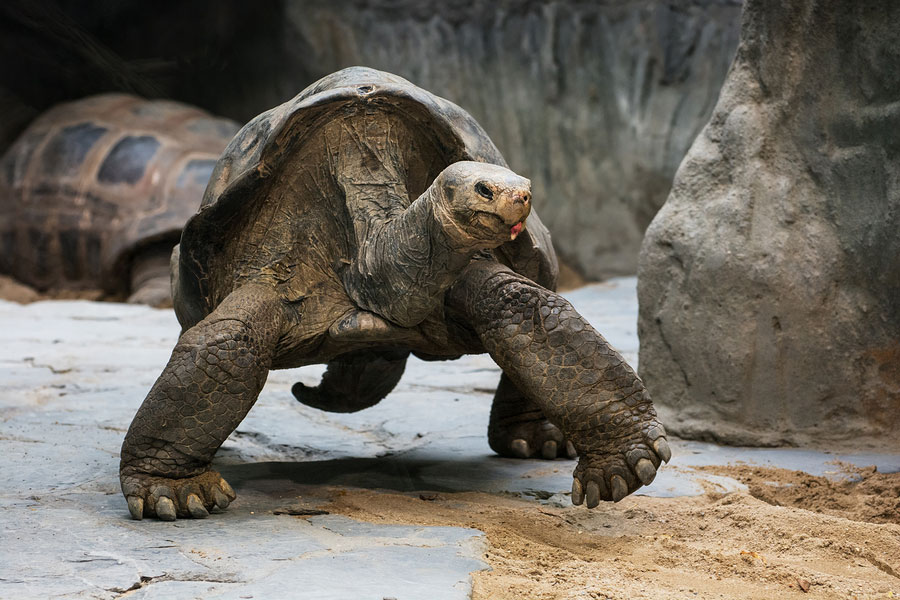 Many people are unaware of important things about endangered animals, including tortoises. Over the years, conservation scientists have discovered different species of them that need protection. For instance, scientists learned that the Aldabra variety need immediate attention to protect their population. Thus, the release of Aldabra fact sheets to provide people with information about these creatures and how to protect them.

The Aldabra tortoise is among the largest species of its kind in the world. The male could weigh as much as 550 pounds and females up to 350. In terms of their length, the full-grown male can grow up to 4 ft long, while females as much as 3 ft in height. Generally, both male and female have a dark to black color and a thick carapace. Just like the typical breeds, they also have an elongated neck to get their food.

This species is so named because they are endemic to Aldabra Island in the Northeast part of Madagascar. They basically live around mangrove areas, swamps, and shrubby spots, as well as in vast grasslands.

They feed on green grasses and soft vegetation around their habitat. Their diet is mostly comprised of vegetables and soft twigs that they encounter along their way. They are mainly herbivores, same as their cousins.

When it comes to general behavior, all tortoises are sluggish and slow. But what’s common to all of them is that they are harmless. They have a very long life-span and can survive in harsh environments and living conditions. When it comes to their ecological importance, they are among the few pre-historic animals that dates its original up to a million years ago.