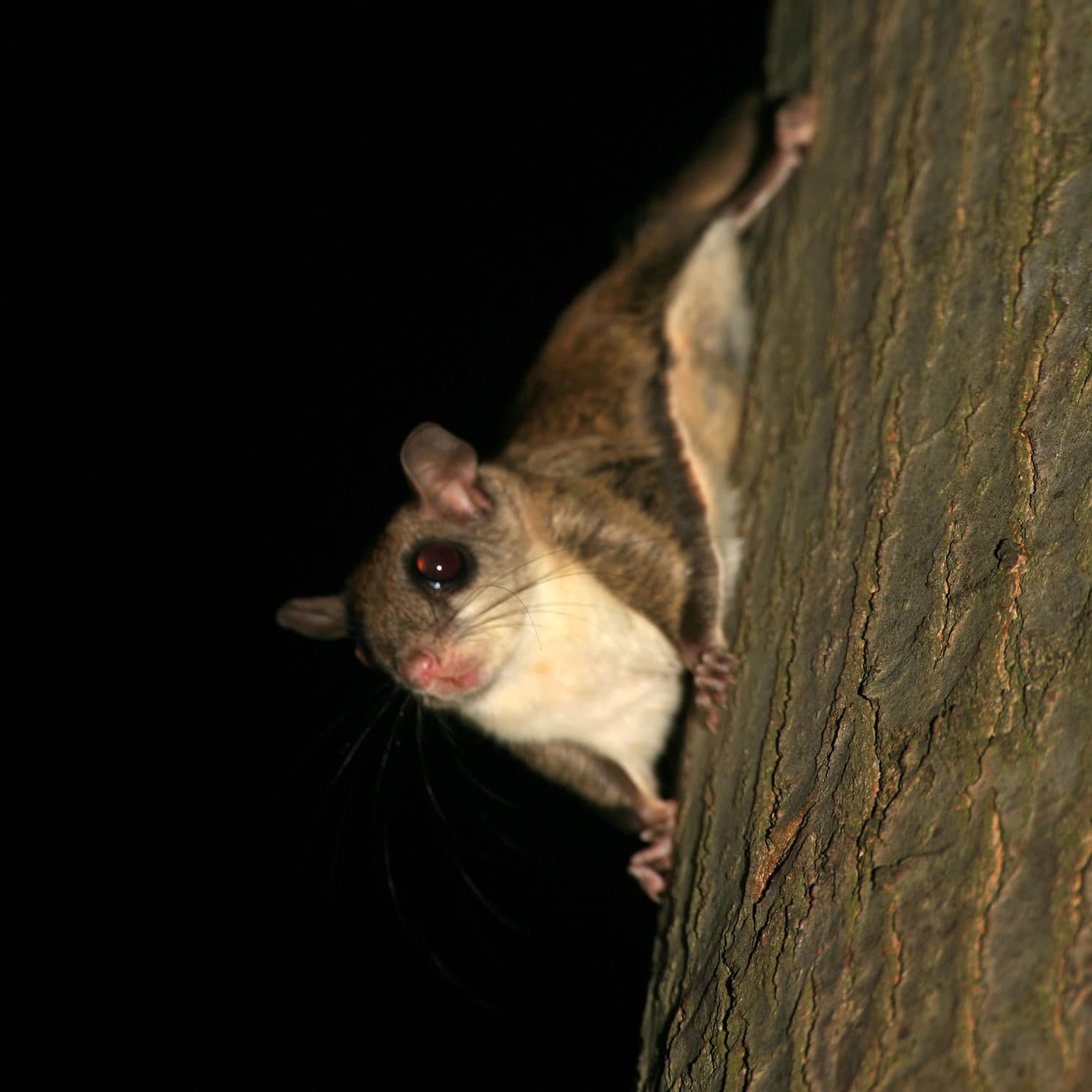 The scientific name for Flying Squirrels is Petauristini or Pteromyni, These belong to the 44 varieties of the tribes of squirrels. Unlike bats or birds, they cannot really fly high; they glide between trees. Flying squirrel belongs to the average-size rodents, resembling the squirrels seen across grasslands all over the world and in woodlands. They are a bit bigger in size when compared to the ordinary varieties.

Flying squirrels are active at night because they are not thoroughly proficient in escaping from the birds of prey that hunt during the day. When the flying squirrel’s legs are stretched, the gliding membrane expands from the fore leg of the hind leg and helps them to glide from perch to perch, at times up to 150 feet.

The variety from the northern side is a native of coniferous forests or mixed forests, whereas those from the southern side live in hardwood forests of hickory, oak, beech and maple. Most of the time we see them in Carolinian deciduous forests starting from the South of Ontario, you can also see them in the northern part of the Ottawa Valley and Muskoka, even in parts of Nova Scotia and Quebec. The Flying squirrels breed twice in a year, in the beginning of spring and once again in summer. Their gestation period remains for 40 days, after which, the female flying squirrel delivers from 2 to 7 little ones, These babies are naked and blind at birth.

Since they are not big a moderately small cage is enough for the southern flying squirrels. However, you must them with enough space for climbing and running about. They need more vertical space than floor space, hence a cage with height is fine. Furnish the cage with branches for climbing and chewing and cotton ropes hung in the cage for them to play and climb. Provide nest boxes and paper towels or facial tissues as nesting materials.

The Flying Squirrel’s diet consists of both animals and plants in the wild, which means they are omnivorous animals. The flying squirrels of the southern areas consume insects, different types of nuts, fruits and seeds. When in captivity, they enjoy walnuts, hickory nuts, pine nuts, pecans, pumpkin seeds, acorns and sunflower seeds, In addition, they have different types of fresh veggies (corn and sweet potatoes are common), mix of bird seed and fruits. Apart from these, they eat wax worms and meal worms, and at times chicken or hard-boiled eggs. Proteins added to the diet is good. Moths too are their favorite.

When acquainted from an early stage, the flying squirrels become very familiar with the owner, climbing on him and playing with him or even sleeping in his pocket.