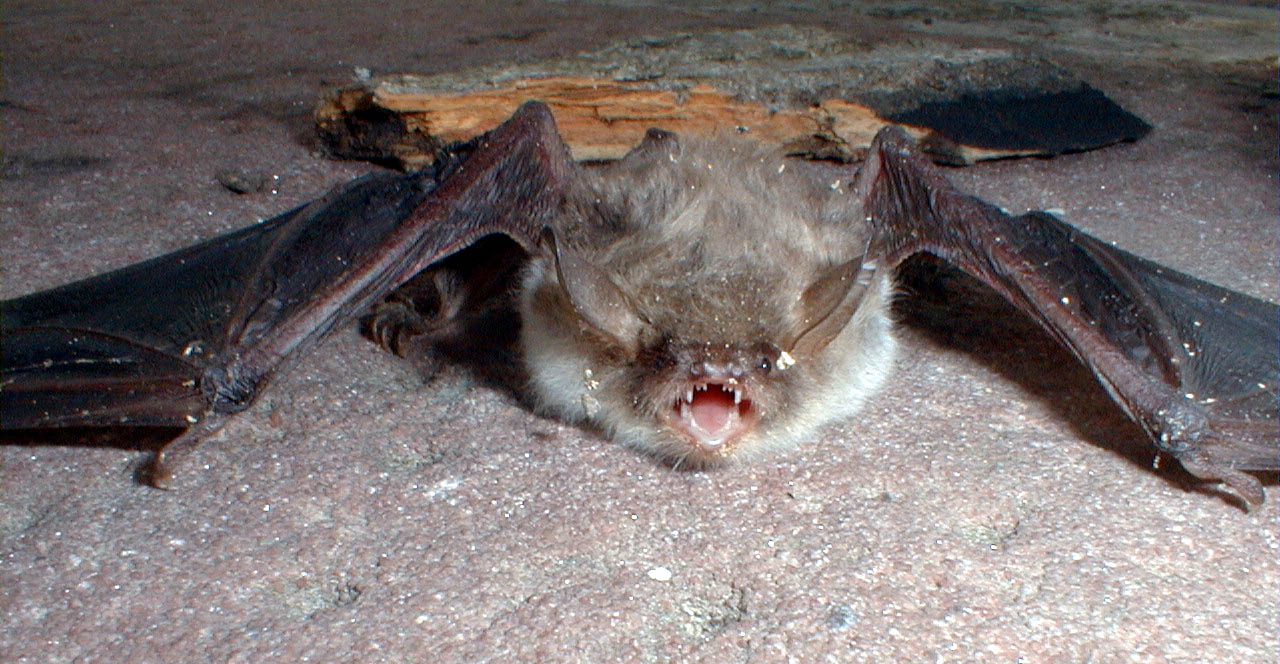 The Long-Legged Bat prefers to dwell in the forest.  They particularly love woods that are very high and very open.  They are also fond of mountains, especially the terrain associated with them.  Like a lot of other bats, the females form maternity colonies when they are pregnant or ready to give birth.  The birthing colonies are not typically built in the woods or in the mountains.  Instead, the females form them in the crevices of cliffs and rocky outcrops, in buildings, out over the water, and in trees. Unlike many of their brethren, they do not seem to even consider using caves as a place to roost during the day.  They do sometimes use caves at night, though.  We are not really sure what these bats do in the winter; let alone what their habits are then. However, we do know when and where they like to hunt.  The Long-legged Bat comes out just before it gets dark outside.  They like to look for food in the areas around trees, cliffs, and they also look for prey out over the water.  As a predator, it is very direct and very quick.  It can and will fly over long distances to find food.  It stays active during the majority of the night; however, its energetic activities tend to reach their peak during the first few hours after the sun has set.

What we do know of the Long-legged Bat’s hibernation habits leads us to believe that, in the hibernation roosts, there are typically more males roosting there than there are females.  We also know that, since this bat can still fly when the temperatures are cold, their prehibernation period can last much longer than it does for other bats.

The Long-legged Bat definitely has a favorite food: it loves to eat moths.   However, it does feast on other things.  It seems to enjoy insects and invertebrates that have soft bodies the best.  For example, it seems to be quite fond of termites, flies, wasps, lacewings, small beetles, true bugs and leafhoppers.