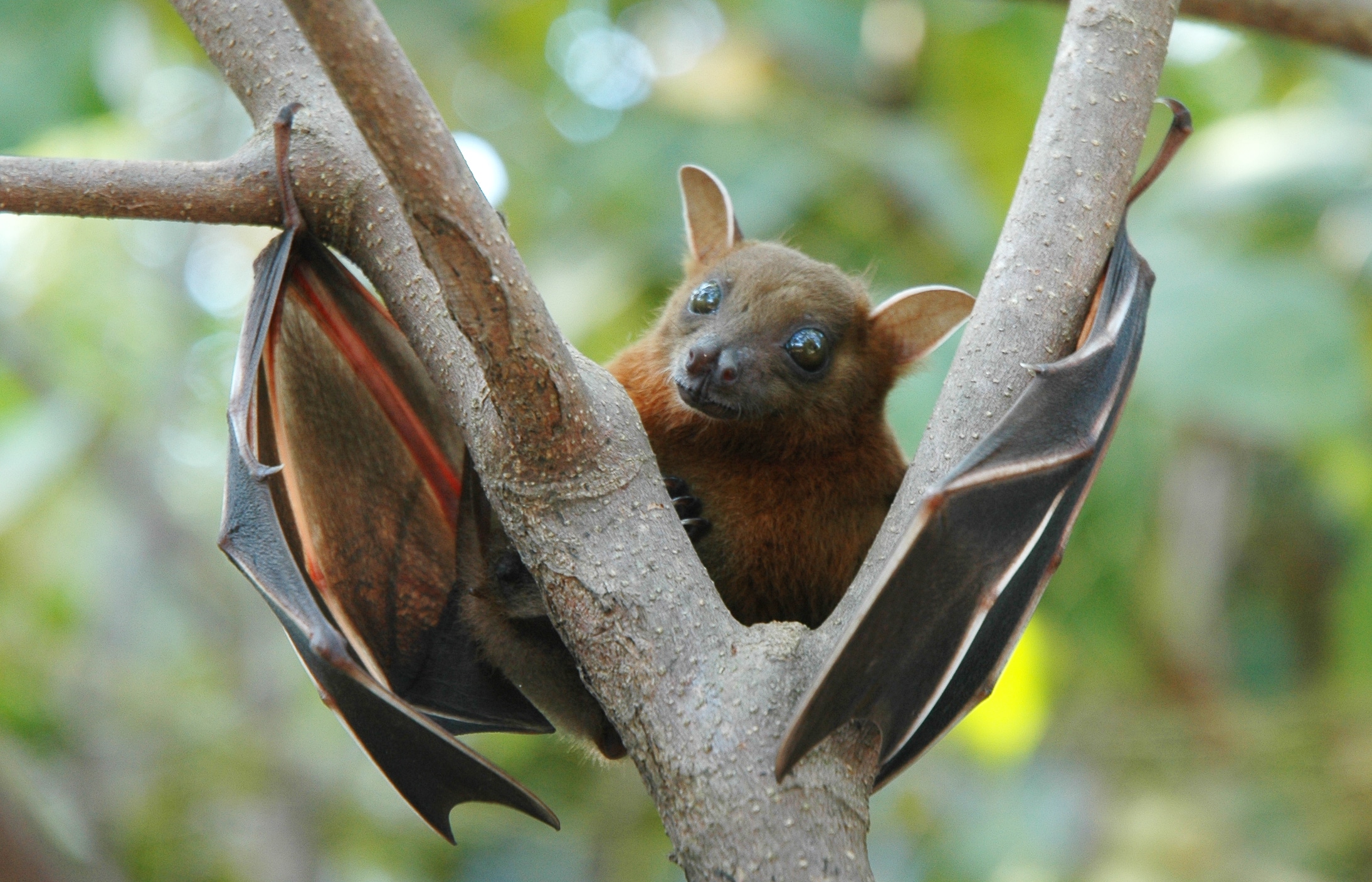 Fruit bats are some of the most popular bats in the world– they are furry, cute mammals and do not inspire the fear that some people have of bats.  In this article, we will explore some fruit bat facts that you may not know about, for example, did you know that another name for a fruit bat is a ‘megabat’?  If not, then this article will definitely help you learn a little bit more about this ever-so-popular bat! While fruit bats are generally dubbed megabats that does not always mean that the bat is going to be large.  Actually, fruit bats have some of the smallest bats in the world in their family, the very smallest being just six centimeters long.   Megabats do have some larger bats in their family as well, some of them having a wing span of about five feet and weighing in at about two pounds, so the largeness of the megabat group really does vary.

The fruit bat has an excellent sense of smell.  While many people believe all bats are blind, fruit bats are really the only bats that do not have the best sight, they mostly do everything with their nose. The other group of bats called ‘microbats’ (the bats that eat insects) have excellent sight, especially at night.

Fruit bats diet contains mostly just fruit and no insects or blood at all. They do tend to feed from flowers, taking a cue from the butterfly and eating the sweet nectar out of the flowers, but generally speaking a fruit bat will stick to just fruit.  Now, the fruit does not always have to be whole, there are many fruit bats that love to lick the juices from crushed fruit, but if they have to, these bats do have teeth which allow them to bite through the hard fruit skins if needed.    Larger fruit bats will sometimes eat an entire fruit piece whole, for they have a larger mouth, bigger teeth and they are able to swallow a larger fruit whole.  The smaller fruit bats will just hover and flap their wings in front of the fruit or flower, stealing bites from the fruit or some of that sweet nectar from the flower. Generally speaking, fruit bats can be found anywhere in the world!  Although, they mostly like to stay in the tropical areas because not only do the tropics have an abundance of fruit, but also they have the heat.  Bats do not, by nature, like the cold weather and while some bat species are willing to hibernate, the fruit bat or megabat is not one of them.  This is one of the main reasons why you will find more bats in places like Hawaii, Mexico and the tropics.