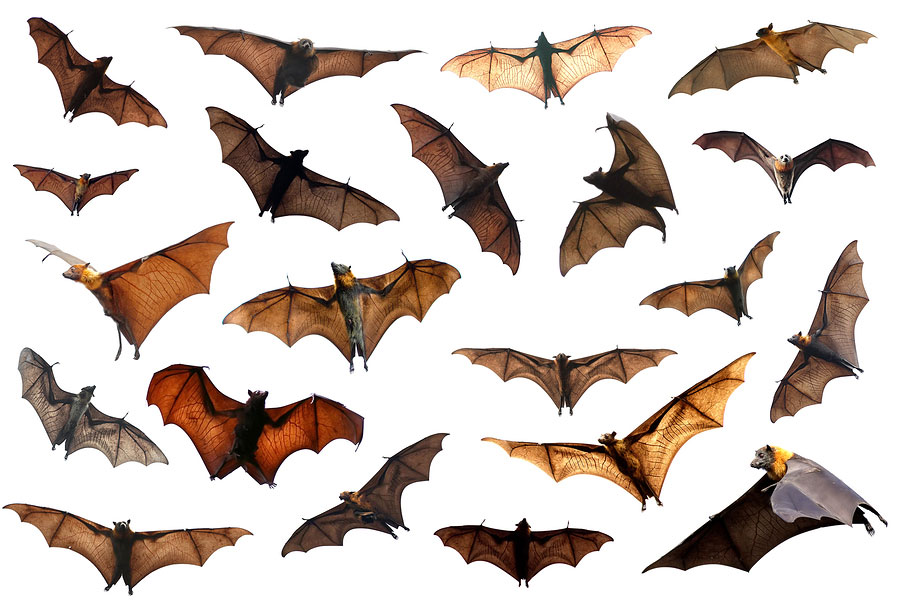 Often mistaken for birds and as with most mysterious creatures, associated with a lot of misconceptions, superstition and of course, evil, bats are ordinary mammals made extraordinary by being the only mammal capable of true flight.

Bats, also known as flying foxes, belong to the Chiroptera order, the second largest group of mammals. Around 1100 species bats have been reported worldwide and since they prefer warm climate, they don’t normally make their homes north or south of the sub-tropics.

First, let’s deal with the myths…bats are not bad…although we just called them Bad Airborne Tropical Species. They are just one of Nature’s best creations yet. Amazing, mysterious and in so many ways the most efficient survivor in the world’s ecosystems.

Their teeth are not different from that of a cat…or a dog, or our own…best suited to their diet. You might wonder why they have such sharp teeth when they eat on fruit…but ask yourself this…were you able to eat an apple by yourself when you were 2 years old? No…because your jaws did not have the strength to crush the apple to chew on them. Instead if you had sharp teeth, you would easily be able to take a bite even if you were as small as a bat.

Thirdly, bats being associated with the devil and all that is nothing but rubbish…they are just one of the most beautiful and intriguing and by and far, the most misunderstood animals that belong to planet Earth. So what are bats? Good question…and a question that every single child and adult would ask if they have not attended, or paid attention in high school. Well, they fly, so they should be birds…but they give birth to their young and suckle them with their mammary glands…so they should be mammals right? True. But there are other mammals like the Duck Billed Platypus which lay eggs – Oviparous Mammals. So how do we really classify bats as mammals?

Mammals are identified not merely by the presence of mammary glands or by being Viviparous or animals that give birth to their offspring. They are identified by:

They need their habitat and they need warm climates to survive and many of the bat species are vulnerable to extinction due to deforestation, habitat loss, and excessive use of insecticides. Providing bats with bat houses can help to control the population decline by arranging areas for them to roost, hibernate and raise their young pups. Wouldn’t you be proud to say you saved 1 family of bats by building a small bat house in your back yard? After all they are such amazing animals and it would be a shame to lose them.