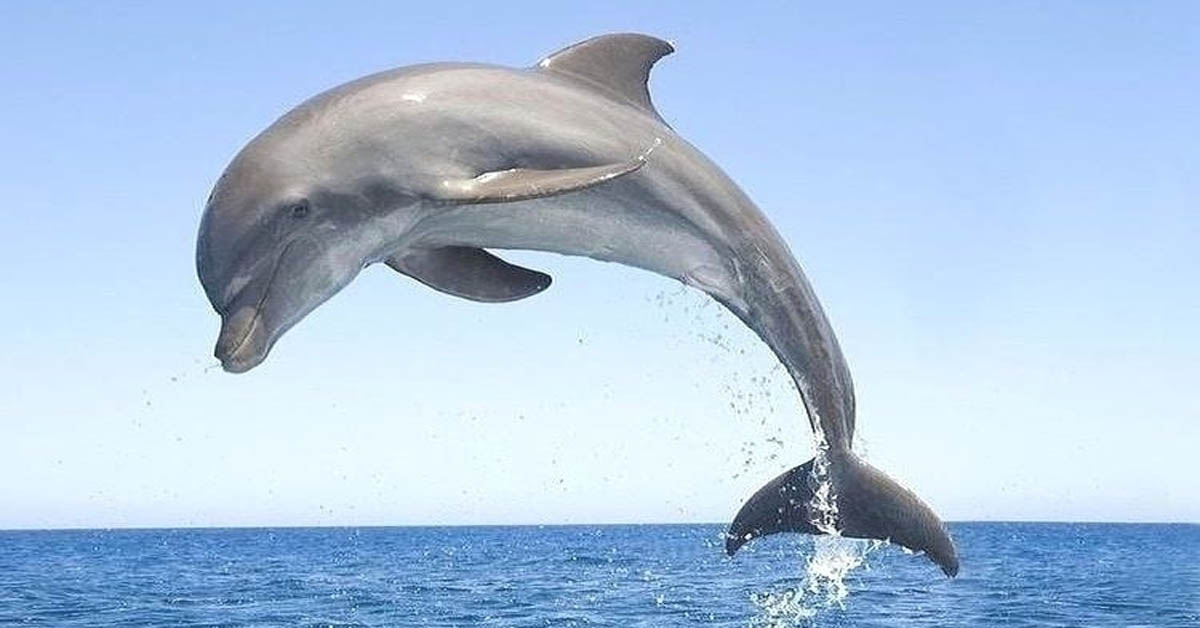 Dolphins are known to be one of the friendliest creatures on Earth. They are adorable and are typically harmless. Additionally, they are intelligent and thoughtful. However, not all dolphins are as amiable as some may assume.

Before answering the question, “do dolphins attack humans”? Let’s first briefly explore those creatures. The striking similarity between dolphins and humans is one of their most remarkable characteristics. Despite being fully aquatic creatures, they are warm-blooded, do not lay eggs, breathe via their lungs rather than their gills, and are classified as mammals.

Other than humans, dolphins have consistently ranked among the most intelligent creatures in the world. They possess the skills necessary for social engagement, problem-solving complexity, and a cool, collected manner.

There are 42 main species of dolphins, and subspecies are even more. Some species tend to be vulnerable and under threat because of environmental factors. For example, the Irrawaddy dolphin is in danger of extinction, and only 92 individuals are left alive.

Do Dolphins Have Friendly Nature?

Along with porpoises and whales, dolphins are sociable, highly cognitive animals that belong to the order Cetacea. They possess some reflexes to defend themselves against predators and obtain food, much like other animals.

Here’s where it gets fascinating: Some dolphins have formed special bonds with humans called “interactions” or “friendly encounters.”

While some may contest the idea of dolphins being “imprinted” on humans, others think there is a strong relationship between people and dolphins that is based on altruism.

Do dolphins attack humans, which is a common question? Although dolphin attacks on people are incredibly rare, one documented incident happened in So Paulo, Brazil, in 1994. It is known that a guy who a dolphin slammed died as a result of internal injuries.

Additionally, during the previous ten years, it appears that there have been more dolphin assaults annually. Although they are not on the list of the most deadly water creatures, they may still be destructive animals if they feel threatened or in danger.

When engaging with dolphins, some people have a tendency to get a little overly fierce, which can lead to an attack.

How Do Dolphins Attack Humans?

There are three methods by which dolphins attack humans. Assault by dolphins includes charging, striking, and leaping out of the water to land on a human. Dolphins may mistake swimming humans for fish and strike them with their tails or beaks.

Someone who a dolphin is charging may be knocked to the ground or suffer injuries that resemble those from a shark attack.

Dolphins frequently eye contact with other animals or people in their habitat out of curiosity. In their native habitat, they often don’t act aggressively toward anything they come across.

Do Dolphins Attack Humans to Bite?

Do dolphins attack humans? Yes, but it is also interesting, do they bite? Because they are hunters, dolphins will bite while pursuing prey or defending themselves. They break apart their meal with the help of their razor-sharp teeth. A bottlenose dolphin’s mouth contains anywhere from 80 to 100 teeth, which it uses to grasp and grip its prey.

Unavoidably, bottlenose dolphins will attack people on occasion. Some fishery services have issued multiple cautions regarding swimming with dolphins due to the high number of incidents where people have been bit and pulled under the water.

Compared to other creatures now inhabiting the planet, dolphins are the top marine fish predators. Therefore, it should be no surprise that these marine creatures often turn their hunting impulses on us. This often happens when humans are entangled in aquatic activities like swimming or surfing.

When they become hungry, they will employ a variety of techniques to capture the prey, kill it, and then consume it. Dolphins have been seen by scientists on Florida’s seas with very strange hunting habits. They used the tails to scatter dirt in a circular pattern, capturing fish for consumption. In Australia, several scientists have observed dolphins utilizing sponges to scrape out food from the ocean floor.

Even more amazing, dolphins can communicate their special skills with other dolphins, enabling them to collaborate and innovate. It’s horrifying to think that they will occasionally hunt together in over a thousand groups.

Dolphins are characterized by very strong, sharp, and powerful teeth. Therefore, it can easily cause additional damage. Even one bite should be considered an assault since their razor-sharp fangs can cause severe injuries.

How Often Do Dolphins Attack Humans?

Despite millions of people entering the water every day to engage in sports like swimming, diving, or surfing, dolphins only claim the lives of less than a dozen people annually. But only a few of these incidents resulted in deaths.

This is most likely because dolphins, unlike sharks, which occasionally attack people, are not particularly violent animals and steer clear of people.

Dolphins don’t chew their meal. Instead, they shake them to rip the carcass into bits they may swallow. Similar to how different species of sharks may range from being lonely to being gregarious, dolphins may hunt alone or even in groups.

Dolphins employ a hunting strategy known as “pinwheeling,” in which they circle an entire school of fish to make them swim in unison. They then go straight through the school while consuming as many fish as possible.

Yes, there are instances where humans go closer to dolphins, particularly lonely bottlenose males, causing them to become sexually aroused. Many of these claims, which show that dolphins have attempted to mount scuba divers and researchers, have been corroborated by video footage, pictures, and eyewitness testimonies.

Dolphin mating habits are also ruthless. For example, bottlenose dolphins are known to group five to six individuals in order to search for a female partner. The dolphins then aggressively herd the female. The female dolphin gets bit by her in an effort to force her to mate with them.

Do Dolphins Attack Humans In The Ocean?

Dolphins in the wild often avoid interacting with people. Yet, there are several cases of incidents involving dolphins. It is rare. However, dolphins have shown hostility toward swimmers.

Most of the time, when a dolphin hurts someone, it is because of something or someone bothering them or making them upset.

Although humans can be hazardous, dolphins are more at risk than humans. Numerous dolphin species are vulnerable and near extinction and are subject to numerous dangers, including pollution, habitat degradation, and human harassment.

Disturbing the living environment and getting into their territory is another negative thing people do to those creatures.

Is It Safe To Swim With Dolphins?

Swimming with wild dolphins is undoubtedly risky. It can pose a risk for both dolphins and humans. Since they are wild creatures, dolphins occasionally exhibit surprising behavior.

Going dolphin swimming is risky since one might be seriously hurt. Human contact has the potential to be traumatic for dolphins.

It disturbs dolphins, and studies have found that those who interacted with people regularly reduced their sociability and resting time. Furthermore, their presence may make dolphins less wary of people and other predators, making them more vulnerable.

The best course of action is avoiding engaging a dolphin that approaches you while swimming. Do not try to pet them or give in to your natural curiosity. Although they have a lovely and playful appearance, dolphins are nevertheless wild animals.

Dolphins are amazing creatures and are considered to be among the three smartest creatures on earth. They are famous for their friendliness and kindness. However, at the end of the day, they are wild creatures and, if triggered, can become aggressive.

Above in the article, we discussed the question of “do dolphins attack humans”? It turns out that if they become triggered or mistake humans for other fish, they can attack humans. They also can bite, yet, will not eat humans, unlike the sharks. However, such encounters are infrequent, and generally, in most cases, dolphins are not aggressive.