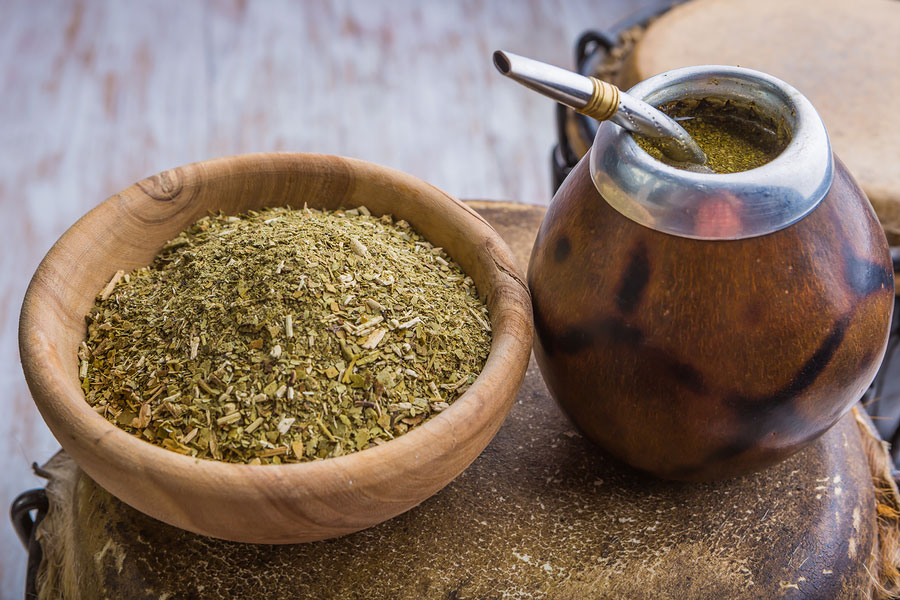 Yerba Mate is also known as LLex Paraguariensis, belonging to the family Aquifoliaceae. It is an evergreen plant and its leaves are used in the making a drink called Yerba mate. It has medicinal properties such as anti inflammatory, Diuretic, antioxidant, Hypocholesterolemic. Very low blood cholesterol levels) and anti-rheumatic. These properties are a tonic for the central nervous system and also helpful for the cardiovascular system. It can also be found in energy drinks. Brazil is the largest producer of Yerba Mate. In many South American Countries, it is considered as a National Drink.

Yerba mate was first consumed by native Guarani and spread to Paraguay and Southern Brazil. It became common in the European Colonization.  In the late 16th Century, in the Spanish colony of Paraguay, both Indigenous Guarani people and the Spanish settlers consumed it. During the 17th Century, its consumption was spread from River Plate to Chile, Argentina, Peru and Bolivia.

Yerba mate can grow 15 meter tall and it begins as a shrub and matures to a tree. The leaves of this plant are evergreen and they are often called “Erva” or “Yerba”, which means herb. The leaves are 7 to 110 mm long and 30 to 55 mm broad. Its flowers are small and they have four petals and they are greenish white in color. The fruit of the plant bears small red berries with 4 to 6 mm in diameter. Its flowers are pollinated by flies and bees. And its seeds are dispersed by birds.

The Yerba Mate plant is native to Paraguay, Brazil, Argentina and Uruguay. Traditionally it is consumed in South and Central America, Bolivia and Chile. In Syria it is very popular, and there it is imported from Argentina.

The Yerba Mate plant is hard to propagate and its seeds need stratifying. It may take 2 months to 1 year to germinate. It grows naturally near springs and rivers.

The Yerba mate is a very useful medicinal plant and it contains many active ingredients, which make it a useful medicine and nutritious drink. The Leaves of this plant are used in the making herbal tea and these leaves contain 24 minerals and Vitamins, 15 amino acids, caffeine and antioxidants. Its tea is useful in treating depression, headache and nerve pain. The plant is used as a stimulant to relieve physical and mental tiredness. It is also used to treat heart related problems such like irregular heartbeat, low blood pressure and heart failure. Usually its leaves are used in the making of beverages.

This plant requires full sunlight to partial shade. Organic matter is also ideal for it. Pruning is also good every 1 to 3 years.

The Yerba mate plant is not affected by pests and diseases. It requires protection from weeds.

The Yerba mate plant grows in the areas where the average rainfall is high. If its grown in pots and indoors, it requires regular watering.

The Yerba mate plant prefers a humid and warm climate. It grows at temperatures ranging from 60 and 85 degree F.

The Yerba mate plant is ready for being harvested when it has reached 4 to 6 years of age. Harvesting occurs once every 2 years. Experienced workers gather the leaves of the plant.