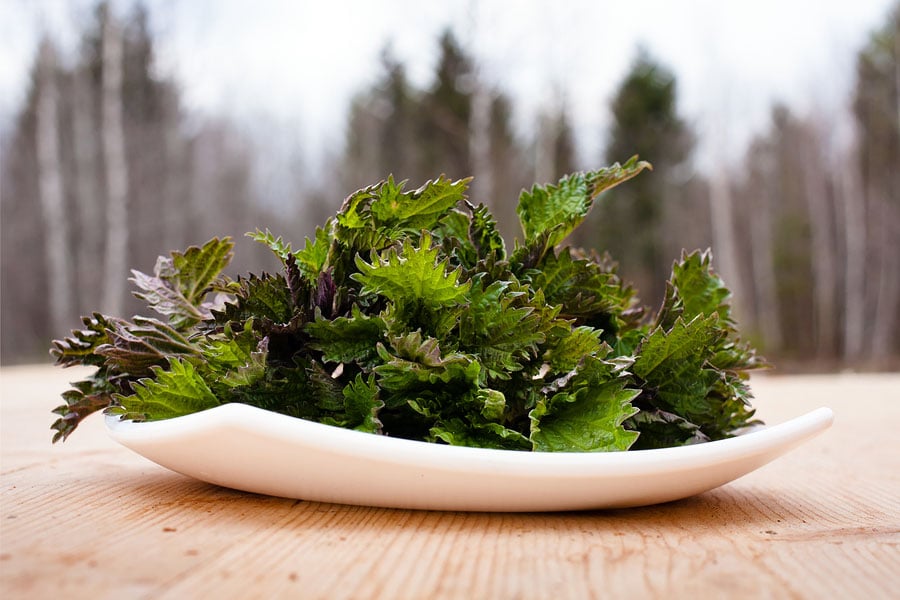 A herbaceous flowering plant, botanically known a Urtica Dioica, is also commonly referred as Stinging Nettle or Common Nettle. It is endemic to North America, Europe, northern Africa and Asia. This perennial plant belongs to Urtica genus and Urticaceae family. There are six varieties in this species of plant, out of which, five have a hair like structure referred as  trichome which produces histamine and many chemicals that cause the plant to sting.

Urtica Dioica got its name from the Latin “uro” which explains the pricking characteristic of the plant. They were commonly used in traditional medication for treating allergic reactions and arthritis. It was also used as an herbal medicine at homes and as a source of food. People in ancient times used to brew a tea with its leaves which was effective as a blood purifier and cleansing tonic. In the 18th century, it was mainly used for the cases like dropsy and muscular power loss.

Urtica dioica is a stinging perennial plant that grows about 1 to 2 m at a fast rate. The leaves of this plant are soft and green, with fine hair growth, which produces an itching sensation when it contacts the skin. The sharp hair tips inject histamine, which causes the irritation. The leaves are arranged in an opposite manner and grows about 3 to 15 cm in length with serrated margins. Along with the leaves, the stem is also covered with the stinging hair. The roots spread underground along with rhizomes and stolons and all have a yellow shade. It is a dioecious plant which means it has only one organ, either male or female situated in the tiny whitish-green flowers.

Stinging nettle prefers moist and open areas like an open forest, areas near streams, ditches, mountain slopes, and disturbed areas like woodland clearings, oil fields and roadsides. It can also be seen in nitrogen-rich regions like dense forests. Its natural vegetation can be found in the cold places in Europe, Asia and America. It is a hardy perennial suitable for US zone 4.

Stinging nettle grows well in rich and fertile soil as it is not self fertile. It prefers moist and highly nutrient soil, but cannot tolerate acidic soil.

The best way to propagate the stinging nettle is by root division.  The root of an established plant should be cut with some leaves around it and then planted in the garden soil or in containers. It propagates and seeds in shady as well as in full sun, but the best results are seen in the latter condition. If producing by seeds, then it should be stratified before use and should be planted in late fall.

Regular watering is required in dry spells, especially the young specimen. During the germination period, watering is essential. Mulching is a great help to retain moisture in the soil.

A very few pests affect the stinging plant mainly because of its toothed and sharp hairs on the body.  The most common pest seen on the leaves is the caterpillar that feeds on its foliage. Diseases affecting the plant have not been recorded.

The stinging plant has been used since long for its medicinal properties.  It treats urination problem, including night time urination, frequent and painful urination and irritable bladder. The leaves and the stems are used in treating allergic conditions, hay fever and arthritis. It also treats poor circulation of blood, asthma, diarrhea, lung congestion and related problems. The leaves are cooked and consumed in the diet. An extract of this plant is used in many hair and skin cosmetics.