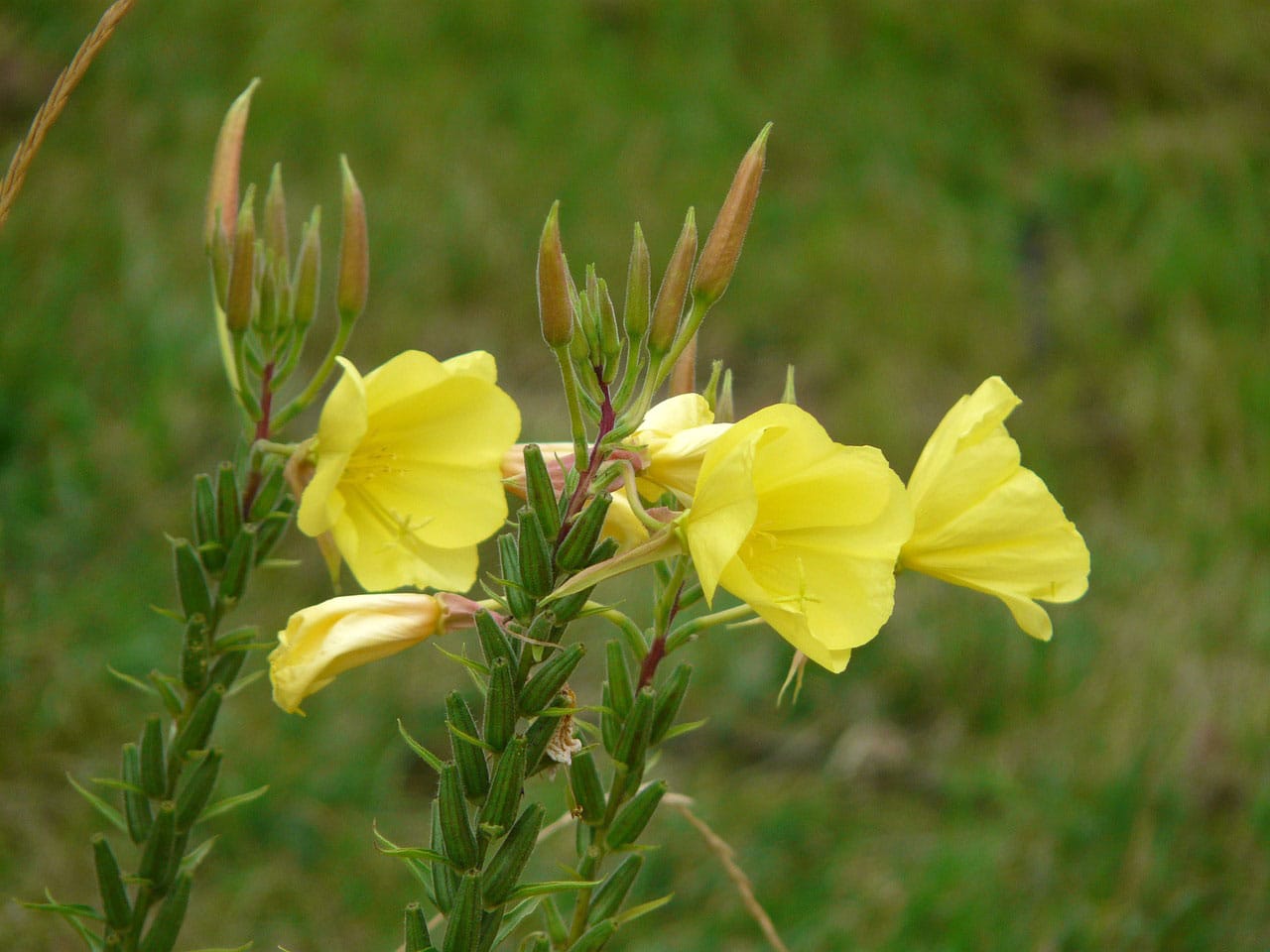 Evening Primrose which is technically called Oenothera, is a member of Onagraceae family. It is usually found in some parts of America like Central America and Mexico. This herbaceous flowering herb has altogether 145 types of species, but they are not similar or related to the genus Primula which is commonly known as True Primrose. The other names of this plant are sun cup and sun drop. As the name suggests, this plant blooms at night with beautiful and fragrant yellow flowers. It is considered to have many medicinal uses from curing headaches to labor pains and an effective remedy for baldness and laziness. All the parts of the plant are edible. The leaves can be consumed like spinach and the roots can be used like potatoes.

It is believed that the evening primrose species are native to Mexico and Central part of America. But with the evolution of international travel, this plant spread to all parts of the world. Its cultivation expanded from Central America to North and South America. Now it can be seen in all temperate zone areas. There are around seventy introduced species in Europe itself. Studies found that it was a staple food for Native Americans who ate its boiled roots and used the leaf poultices to apply to bruises. It is said that in those days, hunters used to rub the roots of this plant to the sole of their moccasins to mask their smell from the animals so as to get closer to them while hunting. Europe introduced this plant to England and Germany and it became a part of their food. It was known by the name German Ramp Ion. During the 17th century in England, this herb was known as the kings cure-all by herbalists, due to its ability to cure a wide variety of ailments. The botanical name of Oenothera comes from the Greek,Oinos which means wine and Ther which means wild animals. America was affected by ice age during the period of the Pleistocene era. The ice age, which intervened the warmer period, resulted into four different colonization waves which led to the formation of present day sub-division, Euoenothera.

Oenothera is a biennial plant which is often found along the banks of rivers and other sandy places. It has a life cycle of around 2 years. The stem is erect, stout and slightly hairy. The leaves are tapered and narrow and grow around 5 to 20 cm in length and 1 to 2.5 cm in breadth. During the first year, the leaves grow in a bunch or rosette whereas in the second year it can be seen spirally on the stem. The flowers are yellow in color and appear anytime from June to October. It grows about 2.5 to 5 cm in diameter and have 4 bilobed petals. The flowers of this species have an x shaped pastel that projects beyond the stamens. Flowers have a lemony scent and grow in spikes on auxiliary branches all along the stalk. It has a specific nectar guide arrangement which is invisible to our naked eye. This species undergo pollination by large hawk moths and hummingbirds.

Common Oenothera, being a hardy plant can be seen almost in all countries of Illinois. It is found immensely during the end of summer or in autumn. It naturally develops or can be cultivated very well in disturbed areas. It prefers acidic, basic, neutral and well drained sandy soil. It can be seen on mesic soil prairies, sand prairies, waste areas, roadsides, lake shores, drainages, thickets, railroads, abandoned fields, drainage ditches, etc. It is effectively a wild plant. If once the plant is introduced and the seeds are allowed to scatter then it will grow very wildly.

Evening primrose prefers disturbed soils. It can grow in black soil prairies and mesic soil. Usually it grows well in acidic and alkaline soil. It can be seen in dry sites as well. As long as the soil is not too wet, Evening primrose will happily thrive in any soil.

This plant requires full sun. But as it is a hardy plant, it can bear freezing temperature.

Evening Primrose can be easily cultivated by using seeds, where it gets sufficient light as it helps the seeds to germinate soon. Hence it should be properly spread over the soil surface. Freezing as well as watering the seeds help them to germinate soon, by breaking the seed cover. Transplanting this herb is not very successful because the roots of this plant grow very deep into the soil, and so care should be taken while removing. This is a biennial plant and so it reseeds itself; hence, as soon as the flower stem fades, snap off the flowers so that it will prevent the seeds from ripening and spreading. The weeds around the plant should be regularly cleared as it wont allow the plant to grow. Seeds propagate within 15 to 30 days. During autumn, cold frames can be used to sow the seeds.

During the growing period, the base of the plant should always be damp. It should be watered frequently. Around 1.5 to 2 liters of water can be used to water the plant every two weeks. Especially when the weather is too dry and hot, watering should be regularly done.

Oil extracted from the Evening Primrose is best for skin problems. It helps to reduce wrinkles, anti ageing, sagging skin, dryness and roughness. It also helps in rejuvenating skin cells and increases good skin coloration and reduces dark circles. It is also very useful in treating other skin diseases like Rosacea, Czema, Atopic Dermatitis and Acne.

The oil of this herb is mainly used to treat skin disorders such as psoriasis, acne, and. Eczema. It is also very effective for Reynauds Syndrome, Rheumatoid Arthritis, Multiple Sclerosis (MS), Weak Bones (Osteoporosis), Jorgens Syndrome, Heart Disease, High Cholesterol, Cancer, and Dyspraxia in children, Alzheimers disease, leg pain due to blocked blood vessels (Intermittent Claudicating), Alcoholism and Schizophrenia.. It also treats the pain related to the Premenstrual Stress Syndrome. Women use this oil during pregnancy, to prevent high blood pressure, start labor, shortening labor and to prevent late deliveries. It is also useful to cure breast pain, hot flashes and Endometriosis. In the manufacturing sector, this oil is very useful in making soaps and cosmetic products. It is a rich source of essential fatty acid and can be included in our daily dietary supplements. The other parts of this plant are edible too. The leaves and the roots are boiled and consumed. The flower bud can be eaten raw. The flowers are also added to the salads.

Though studies say that this plant can resist pests and diseases, but there are many cases reported where this plant has been affected from various insects, pests, fungi and bacteria pathogens that affect the roots and seeds as well.