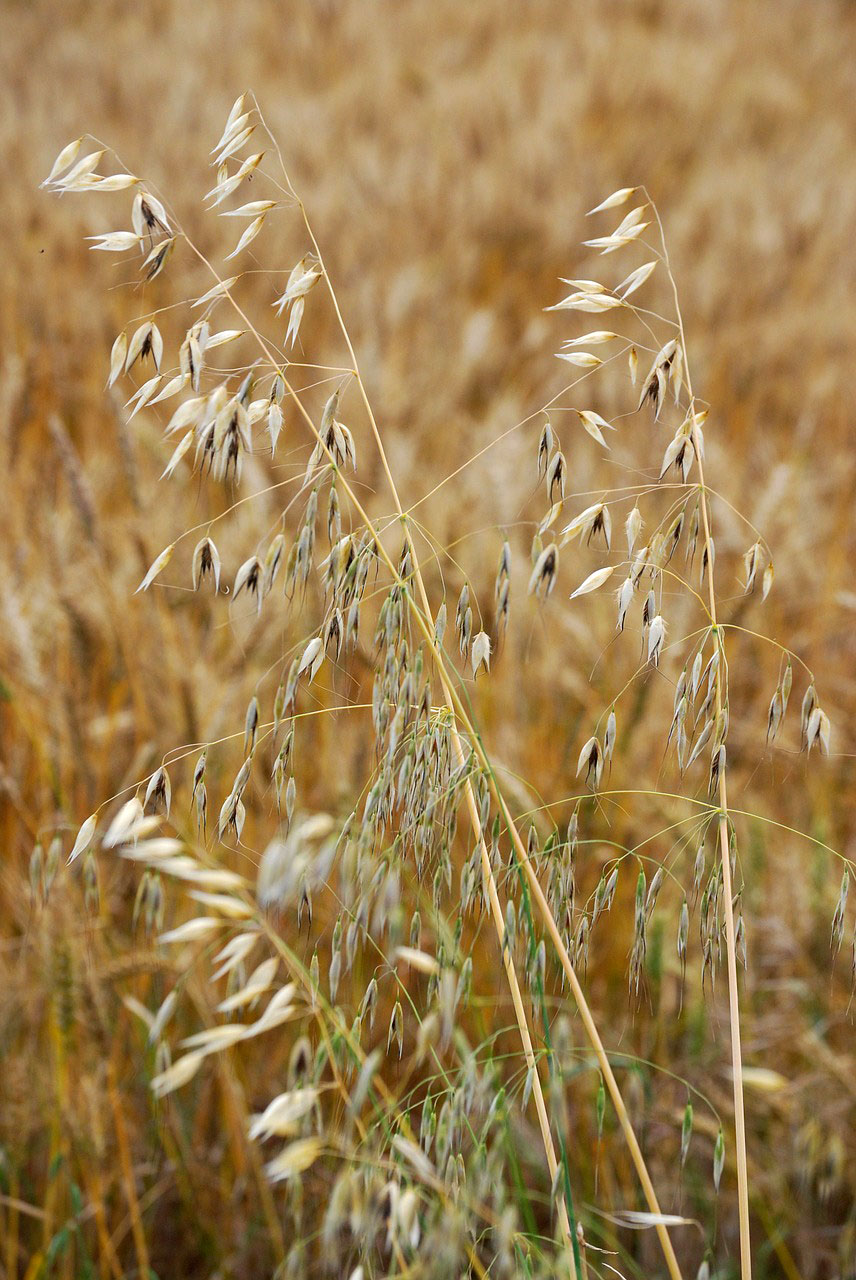 Binomial name:    Avena Sativa
Oats are a commonly used pulse. The scientific name for oats is Avena Sativa. They are called as common oats also. They are cereals and very rich in fiber content. The main purpose of growing the oat plant is their seeds. The seed of the plant is also called by the same name. Oats are highly consumed by the humans as rolled oats and oatmeal. They are used as a livestock feed. Oats are very good for digestion and they are good for people who suffer from diabetes.

It has been only lately that oats was introduced to the world. There was no evidence of oats being used by people before the period of Christ. Wheat and barley came into the world in a very early stage, but oats came late. Oats did not gain much importance like other cereals. Long back, oats were considered to be a weed. Only in the later stages, oats were cultivated for the purpose of usage by humans. Originally, Oats were developed in a wilder form, but the present oats came as a mutation of the wild form. To be more precise oats came into the world during the 2000 B.C. and were found in the regions of Asia Minor and the southern part of Europe. The oldest oat was found in Egypt. In Egypt oats were found as wild and not as a cultivated grain. Cultivated grains of oats were found in the caves of Switzerland.

Oats is a grass that, in the course of time, grows to an individual leaf or tufted stem of about 1.5-3 ‘ tall. The grass is light green in color and they are hollow, cylindrical and tapering (terete) and smooth. The grasses of oats are hidden by the sheaths. Each stem or clump has a few alternate leaves.. In each leaf, you can see a 15 mm broad and 12 inches long blade. The blades and the sheaths are usually seen in medium blue green color. We can see the white membranous ligules

They started using oats as a cereal a few generations ago. We can see oats throughout parts of Illinois. Oats is not a native of America. They are actually from Europe. They were brought to America from Europe solely for their cultivation and agriculture. Croplands, areas near the elevators of grain, abandoned fields and areas along the railroads are the habitat of oat grass. Oats are basically cultivated as a source of food and for the sake of straw. They were also cultivated for the sake of forage. It is also cultivated along the sides of the roads for controlling erosion.

The grasses of the oats or the shrubs prefer well drained soil. The shrub loves soft and deep soil as well.

Oat grass needs a good amount of water to grow healthy. If sufficient water is not supplied to them, the plants die. When a comparison is made between other shrubs and oats, oats need more water, especially when they are planted for cultivation. If the temperature is too high or too low they tend to get radical diseases. Make sure you water them regularly.

The oat shows only a moderate resistance to cool climates. Unlike barley and wheat, oats does not grow in much lesser temperature and, if too cold the oat grass will die. Oats can grow well in cool climates but the fact is that they cannot live in very cold climates and they will die if the temperature is less than -8 C. The climate has to be moist for the shrub to thrive well. If the climate is hot and very dry also, the oat grass will die. The fact is that oat is a winter crop but they cannot survive in freezing climates. Cool summers are best suitable for them to grow healthy

Oats are not much affected by diseases. The very few diseases that affect the plant are some sort of diseases of the leaves. The leaves may get leaf rust and stems may also get stem rust. There are some caterpillars that grow on the leaves of the oat grass. There is not much disease that affects the planet.

Avena Sativa as a Nerve Tonic

Many Homeopaths recognize Oats or Avena Sativa as a nerve tonic, and prescribe it for men to treat a host of the nervous system related diseases, including those to do with depression. It is also an ideal prescription for reducing alcohol and tobacco addiction. However, its main use is as a stabilizer and energizer in the organic sexual functioning of our sexual organs. Its inclination towards the hormonal processes in the body makes it apt for use in reducing menopausal flushes, insomnia, premenstrual Syndrome, blood sugar, tiredness and nervousness. This tonic also helps keep the nerves stronger.

They also build a tincture product out of the Avena Sativa to balance the effects of the living bacteria to improve the nutrition of the body in total, promoting healthy bones, hair, skin tone, strong nails, because of the strong nutritional value of the manganese, silicon, zinc, phosphorus and calcium minerals, not to speak of its abundance of phosphorus and calcium mineral, and vitamin B2 AND vitamin A in it.

No apparent side effects have been reported in the case of the these homeopathy remedies using Avena Sativa and it has won a good reputation as a general tonic for the nervous system as well as a general health tonic, well worth keeping at home, especially as it is a rich fiber soluble carbohydrate. Its rich content of iron and manganese has several positive impacts on the nervous system.

Some of the Other Uses Of Avena Sativa Are