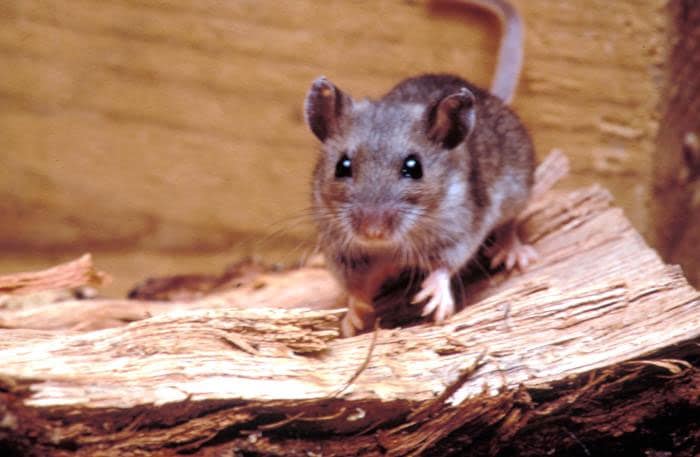 The Most Well-Known and Widespread Animal in North America

Deer mouse Peromyscus Mniculatus is one of the species of the genus Peromyscus. It is the most well-known and widespread animal in North America that most people know by its common name “deer mouse.” However, you cannot find it in the southeast United States and the far north. The deer mouse is a vector and carries some infectious and harmful diseases like Lyme and Hantaviruses; this is very common in Peromyscus species. They also call it a white-footed mouse and they seem very nearly related to Peromyscus leucopus.

The deer mouse is comparatively small, if you do not count the length of the tail; it is just 3 to 4 inches (8 to 10 cm) long. Like other Peromyscus species, they have relatively big beady eyes, apart from which, they also have large ears that offer them excellent hearing. It has soft fur, which can vary between white and black. They have a darker color over the back, but most of them have a white abdomen and white feet.

Although Deer mice are very popular animals in North America, people very rarely see them, because they are nocturnal creatures. They generally spend the day in burrows and trees, where they make nests using plant material. These white foot mice do not combine in groups with other litters. In the growth stages, the mice from one litter relate more to the mice in their own litter than with mice from other litters. They live in particular home ranges that rarely overlap. If however overlapping occurs, the chances are more with those of opposite sexes instead of with a similar sex. These mice live in covered home ranges, acknowledge each other, and interact well with each other.

You can trace the origin of the Peromyscus maniculatus to a few places including Canada, Alaska and other parts of South America. The greater parts of deer mice like to make their nest in big hollow trees. It is a very common feature that they generally like to live alone, but will sometimes make their nest with their opposite sex.

Deer mice live in an extensive variety of plant communities as well as grasslands, wooded areas, brushy areas and forests. The females reproduce at all times of the year. However, some varieties of the deer mouse will breed from March to October. Usually the food availability will dictate the breeding season In Plumas County, California, during the month of December deer mice bred, but ceased breeding in June. At the same time in the Willamette Valley, Deer mice breed all through the year, while in the Oregon coast, they usually breed in the wettest and coldest weather.

The Female deer mouse generally makes her nest with the help of some materials like mosses, grasses, roots, thistledown, wool and different type of artificial fibers. The females allow the male to help them in making of the nest, to warm it for the arrival of the litter.

Studies show that, during the reproduction, less than half of both male and female deer mice left their own nest. This suggests inter-familial mating and for this reason, the genes stay within the family.

Generally, these mice are omnivorous. Their key diet includes fruits, seeds, arthropods, fungi and leaves. All over the year, the deer mouse can adapt its eating habits to depend on what food is available to eat in that season. In the winter months, arthropods account for one-fifth of the deer mouse’s diet. Throughout the spring months, they eat seeds and consume insects in great quantities. The scientists have also found leaves within the stomachs of deer mice during the spring. In the summer months, the mouse consumes seeds and fruits, but as autumn and then winter approaches, they will change their food habits accordingly.