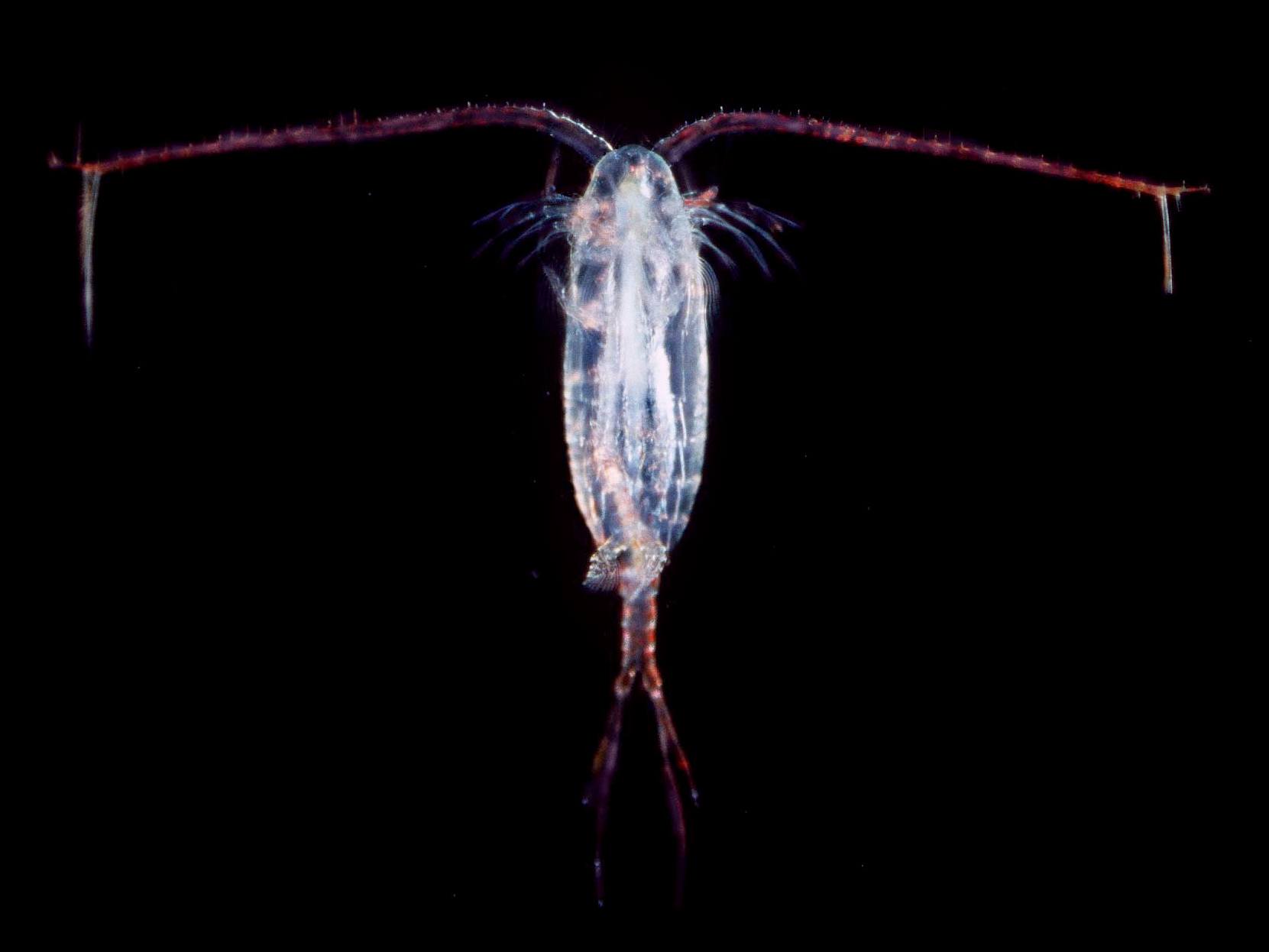 Crustaceans or Crustacea belongs to an immensely big arthropod group; in general, they are considered as a subordinate of the phylum, comprising of the usual animals like crabs, crayfish, lobsters, krill, shrimp and barnacles.

The 67,000 species already illustrated, vary in size ranging from Stygotantulus Stocki, measuring only 0.1mm (0.004in) to the Japanese spider crab, its leg size is 3.8m (12.5ft) with a mass of 20kg (44lb). Similar to several arthropods, the crustaceans possess an exoskeleton, for growing; this comes with the molting process. They have biramous (two-parted) limbs and larvae in the form of nauplius (the main stage of the larvae of many crustaceans, having an unsegmented body and only one eye); this differentiates them from the other classes of arthropods.

Through farming and fishery, over 10 million tons of crustaceans are turned out for consumption by human beings. Most of them are Lobsters, Shrimps, Crabs and Prawns.

Copepods and krill are not fished that much, however, perhaps these animals have the most biomass on the planet, and they are the most important source in the food chain. More than 60% of the crustaceans, that are fished for human consumption, by weight, are prawns and shrimps. Of these, around 80% is produced in Asia. China on its own produces about half of the world’s total non-crustaceans that are not consumed that much.

The fossil record of the group is widespread, going back to the Cambrian, stage, and consists of fossils that are still extant, like the Triops Cancriformis. It seems that they have never changed ever since the Triassic stage. The body segments of the Crustaceans are divided into 3 regions:

The Cephalon or head– Each body segment or somite is composed of a pair of appendages: and in the head, they include of 2 pairs of antennae, maxillae and the mandibles.

The thorax: The segment of the thorax is composed of legs, perhaps dedicated as pereiopods (called walking legs) and also the maxillipeds (called feeding legs)
Chances are that the thorax and the head are joined together in the form of a cephalothorax, perhaps enclosed with a big carapace.

The Pleon or abdomen
The abdomen carries pleopods (a forked swimming limb of a crustacean, five pairs, of which are typically attached to the abdomen.), which terminate in a Telson, supporting the anus, frequently bordered by uropods which act as a tail fan. The success of this group may be attributed to the different varieties and the number of appendages.
The appendages of the Crustaceans are characteristically biramous, which means they are segregated into two parts; this is inclusive of the second pair of antennae, it does not include the first that is generally uniramous. The Malacostraca is an exception; here the antennas are sometimes, triramous.

The tough exoskeleton shields the body of the crustacean. For the animals to grow, it is imperative that the exoskeleton gets molted. The shell surrounding every somite (body segment) can be divided into a dorsal tergum, a lateral pleuron and a ventral sternum. Perhaps, sometimes, different exoskeleton parts are fused as one.

The cavity in the prime body forms an open circulatory system; it is here that blood is circulated into the haemocoel with the aid of the heart, which is situated adjacent to the dorsum. Malacostraca possess haemocyanin, comprising of the pigment that carries oxygen, whereas, Ostracods Branchiopods, Copepods and Barnacles possess hemoglobin.

The alimentary canal comprises of a pair of digestive glands for absorbing the food and a direct tube, mostly with a “gastric mill”, in the form of a gizzard for the purpose of grinding the food; such an arrangement takes the shape of a spiral format. Adjacent to the antennae are the structures functioning as kidneys. Adjacent to the antennae, is the brain that exists in the form of a ganglion, and below the guts, there is a collection of major ganglia.

The sexes of most of the crustaceans are separate, reproduction takes place sexually. Some are hermaphrodites, which includes Remipedes, barnacles and Cephalocarida. Certain crustaceans have sexual change during their lifetime. Among the crustaceans, parthenogenesis is also common. Here the female produces eggs; fertilization with the male is not necessary. This happens in several branchiopods, few isopods, few ostracods and some “higher” grade crustaceans, like the Marmorkrebs crayfish. Copepods are a small group of animals, of the Subphylum Crustacea (crustaceans); they are classified into 10 classes. Of the 13,000 varieties of copepods identified, 2,800 dwell in freshwater. Copepods belong to a class of tiny crustaceans seen in almost all the habitats of freshwater and in the sea. They measure around 1 to 2mm (0.04 to 0.08in) in length, their body is in the shape of a tear, and their antennae are big. Copepods dwell in terrestrial places that are wet, like swamps, in wet forests, below leaf falls, in spring, bogs, puddles and ephemeral ponds. You can also find them in recesses filled with water from the plants like bromeliads and pitcher plants, A good number of them dwell in the marine underground, in caves, stream beds, or sinkholes, and in freshwater. At times Copepods are of use in the form of biodiversity indicators.

In case you are convinced of the significance of the crustaceans, remember that the dominant arthropods like the Crustaceamorpha are the most prolific animal in aquatic habitats, extending from the extremes of the glacial ice or the momentary desert ponds to the biggest (deep ocean). Debatably, the Crustaceamorpha are the most prominent among the arthropods, since they contribute to the aerial, aquatic and terrestrial food webs.