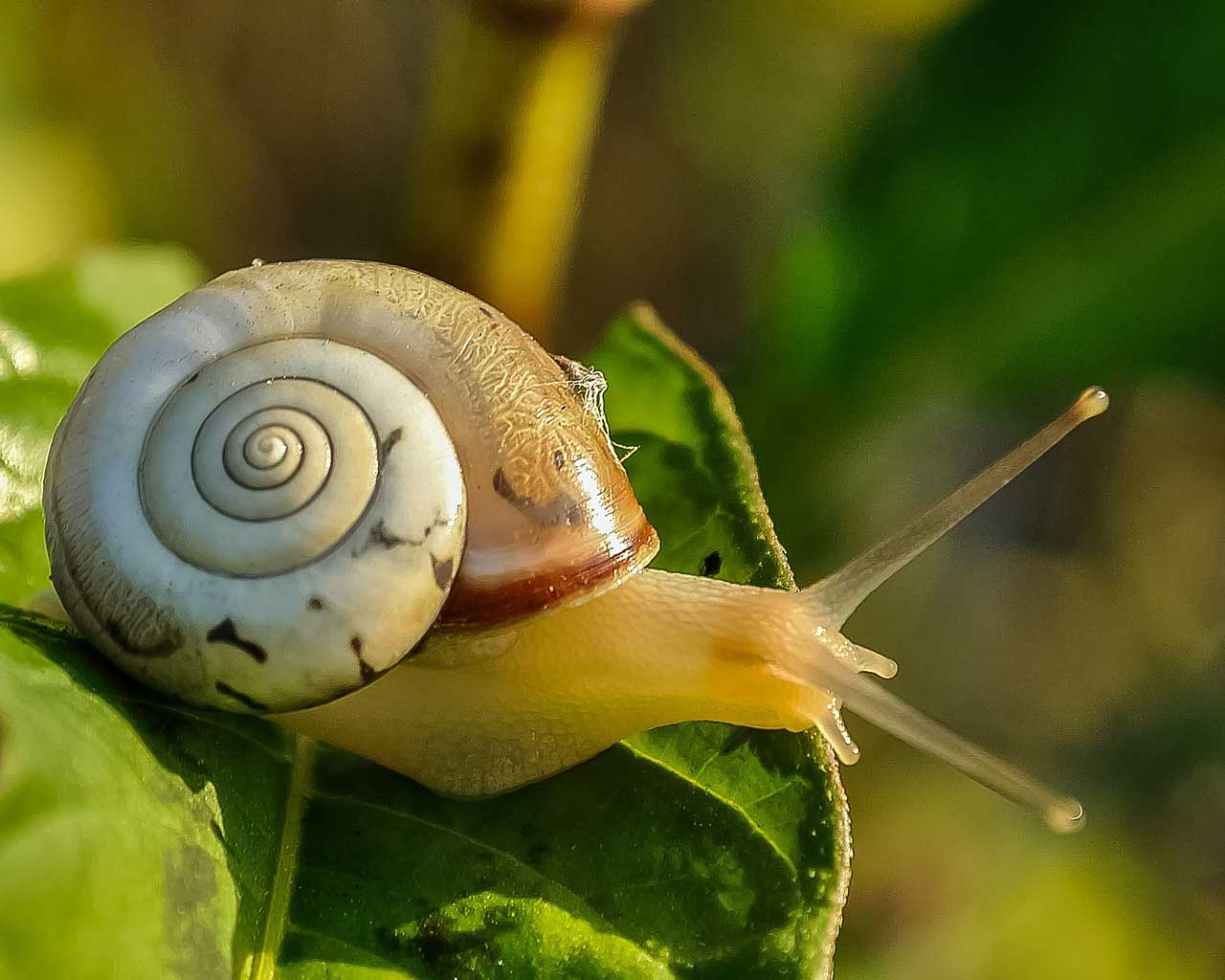 Snails belong to the Gastropoda class. Ancestors of snails are one of the earliest known types of animals. Since prehistoric times, snails were used as a food for their survival by the earliest humans. In the western world, the best land species of edible snail are Helix Pomatia, Apple snail, Burgundy snail and Roman snail. The species of land snails are found are found in the North America, North Africa, Europe and many other parts of the world, and these are consumed by humans. They can be found in the ponds, gardens and in the sea. They belong to a group of animals with a soft body which are known as Mollusks that are related to the shellfish, oysters and clams. The soft body of snails is protected by a hard shell. Their body is long, slimy and moist.  When they are disturbed, they pull back into their shells. Snails are slow creatures, so they do not have the ability to run from other animals.

During the colder months of the year, some species of the snails hibernate. These snails cover their body with a thin layer of mucus that protects them from drying out. If they are faced with a severe drought, they are also able to hibernate in the summer season. Their lifespan depends on their species and habitat. Some snails only live for about 5 years, while others have longer life. They lived up to 25 years in the wild in some cases. They are about 12 inches in length.

Snails leave behind a trail of mucus, while moving. Thus mucus acts as a powerful lubricant, and also reduces friction. With the help of mucus, snails are able move around corners, upside down and other situations. Snails have ability to see, but they cannot hear. Mostly, land snails have 2 sets of tentacle, in which the upper one hold the eyes and the lower one has the olfactory organs. Actually, snails are nocturnal animals, which mean most of their movements take place at night. Snails have natural enemies also such as snakes, beetles, ducks, toads, turtles, birds, chicken and geese.

Snails can be found in a wide range of environments such as deserts, abyssal depth of the sea and in ditches. They are familiar to the people and they can also be found in freshwater. Most of the Snails have many microscopic teeth-like structures which are placed on the ribbon like tongue called Radula. Many snails are herbivores and they eat plants or rasping algae from the surface. Few land species and marine species of snails are grasping carnivores or omnivores. Snails are very strong, as they can lift up to 10 times weight of their own body in a vertical position. Snails feed on green leaves, fruits, vegetables and decaying organic matter. They also need calcium to grow their shells. Food wastes such as wheat bran and maize bran are ideal for them.

Snails are hermaphrodites. They have both male and female reproductive organs. In one season, they act as a male and as a female in the other season. Before laying eggs, they have to mate with another snail of the same species. And both of them must have the ability to lay eggs. Snails cannot create offspring on their own. Before they Mate, they spend many hours inciting. Snails bend themselves around each other and cover in themselves in a foamy slime. After mating, snails will go and search for a soft ground to dig and lay eggs. They lay their eggs in nests, 2.5 to 4 cm deep in the soil.

Snails reproduce quickly. As they have the ability of producing more than 300 eggs, which hatch into juveniles. In some species, the eggs of snails will start to hatch from 24 hours, depending on the moisture and temperature of the soil. Mostly, they lay eggs during the damp and warm weather. The most active month for laying eggs is February to October. The newly hatched snail requires food. They will also eat their own eggs, which have not hatched.  When the snails grow, their shell also grows in a spiral shape. A temperature less than 12 degree C and less humidity reduce laying eggs.

The practice of rearing snails for food is called Heliciculture. The snails are kept in dark places for the purpose of cultivation. Correct equipments and supplies are required for the successful snail culture, such as enclosures, hygrometer (a device for measuring humidity), thermometer, soil moisture and light. Snails are easily dehydrated. A little humid and damp climate is suitable for the farming of snails.

Reared for Meat and Shell

Snails are reared in commercial farms for meat. Meat of snails is a delicacy in Chinese, Japanese and Asian cuisine. It is rich in protein and amino acids. Which are essential for the human body. In France, it is known as Escargot and in America and Australia, it is commonly known as Abalone, and it is consumed as a main meal. In Nigeria and South Africa, African snail is a traditional food. In many parts of Africa, its meat is known as “Congo meat”. Its recipes vary from cuisine to cuisine. The shells of snails are widely used in the food industry by refilling the empty shells with salted and cooked snails. Snails are served for example, in French cuisine. Snails are normally eaten in many parts of the world. In the historical times, they have been used occasionally as famine food. Snails are a very healthy source of meat. They are also rich in phosphorus, protein, iron and calcium. But, they are low in sodium, cholesterol and fats. That’s why they are a good source of food. The species of edible snails vary in size, color and shape, such as the freshwater snails, African Giant land snail, Periwinkle and small size snails. Snail meat is eaten by the French people who, wash out, kill, remove from the shell and then cook with chicken stock, garlic butter or wine and then again place them into the shell with sauce and butter for serving. They also add some other ingredients such as parsley, pine nuts and thyme.