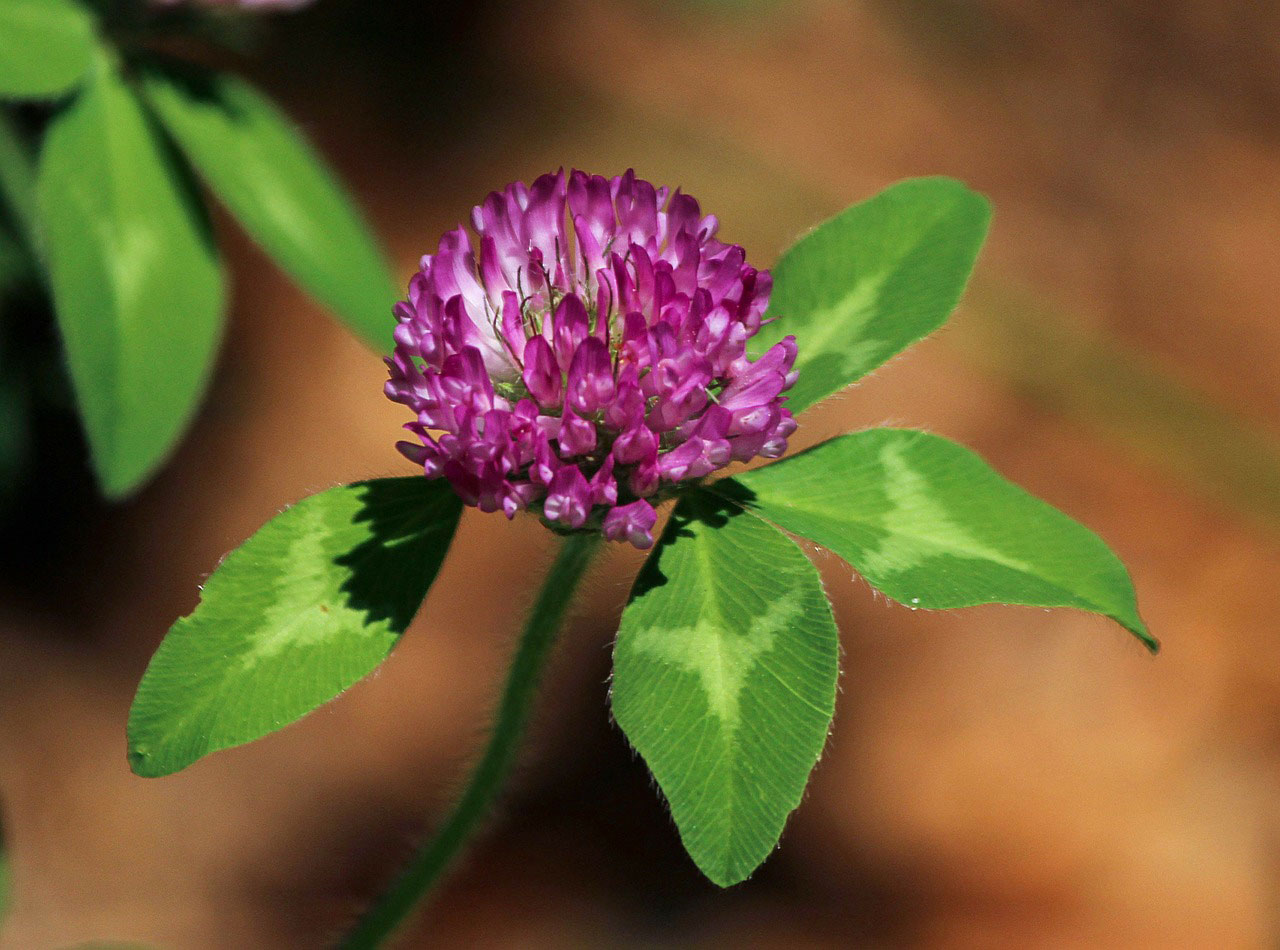 The Red clover, scientifically named Trifolium Prantense is a variety of clover. It is indigenous to the Western regions of Asia, Northwestern Africa and the continent of Europe; however, it is cultivated and adapted to many parts of the world.

The red clover is a perennial herb, indigenous to Africa, central parts of Asia and major parts of Europe. It belongs to the bean group; the red clover is being used as medicine and as a nutritional cattle feed. On account of its many valuable uses, it is adapted in the continents of North America as well as Australia.
According to history, the red clover was greatly acclaimed to possess supernatural influence. During the period of paganism, red clover was considered to have the power to safeguard against the evil spirits and witchcraft. As a result of malnutrition, clovers became four leaved, an exceptional variety. Presently and in the past, they are used as good luck charms.

The red clover is a recurrent herb with a short lifespan; it varies in size, and grows to a height of 20 to 80 cm.  Its foliage is placed alternately, having three leaflets, each of length 15 to 30 mm and breadth 8 to 15 mm, the leaves are green in color with a pale colored crescent shape on the edge of the leaf; it has a pair of basal stipules,  and the petioles are 1 to 4 cm in length. The blossoms are deep pink and the base, which is pale, and of length 12 to 15 mm, has a thick inflorescence.

The red clover that is not indigenous is found normally in all the counties of Illinois. It was initiated from Eurasia for cattle feed as well as a cover crop to enhance the soil for agriculture. It grows well in vacant land, grassy regions, beside the roads, fields, pastures and weed-meadows.

Red clover flourishes on properly drained soil, however, it adjusts to low drained soil also. It favors soil with a pH of 6.0 and 7.2. Mammoth red and medium red are the two types of red clover

In order to obtain healthy clover plants, it is mandatory, that you set up a properly prepared Seedbed.  Repeat this process every 6 or more months, earlier than the anticipated date, to make sure that the supplements you added have significantly reacted with the soil. At first, test the pH value of your soil, using a tester, obtained from a garden store, home or farm.

In order to dampen the soil in an even manner, you must water the location of planting slightly and properly, using a garden hose. Till the red clover seeds germinate, supply water thoroughly every morning and evening. Water the red clover when it is dry and supply as much water as to moisten soil uniformly.

Red clover favors temperate and humid climates. It tolerates reasonably cold temperatures to survive at 140F (-100C), however, it poorly tolerates dry conditions and heat. It stops growing at 860F (300C). It thrives in locations where the precipitation annually is low, that of 18 to 25 in (450 to 625 mm) and where the temperatures range between 50 to 750F (10 to 240C). Since its roots are not deep enough, it needs proper watering or surface moisture.

Red clover thrives well without fertilizers and needs less care. In case your region has a continued dry weather, then your seeds need thorough watering so that the soil is wet all around.

Many pests are likely to infect the clover plants, however habitual controlling is not useful.
Red clover is more vulnerable to leather jackets than the grasses, even though in due course it grows back following the infestations.
There are no habitual suggestions to control the infestations on the red clover since it is susceptible to many diseases.

Red clover is extensively cultivated as a cattle feed, benefitting its fixation in nitrogen, that enhances the fertility of the soil. This is why it is cultivated as a green manure crop. Many cultivar families, mainly obtained from Var. Sativum, are chosen for agricultural use,. It is adapted to a lot of temperate regions, which include Australasia and the Americas, for farming