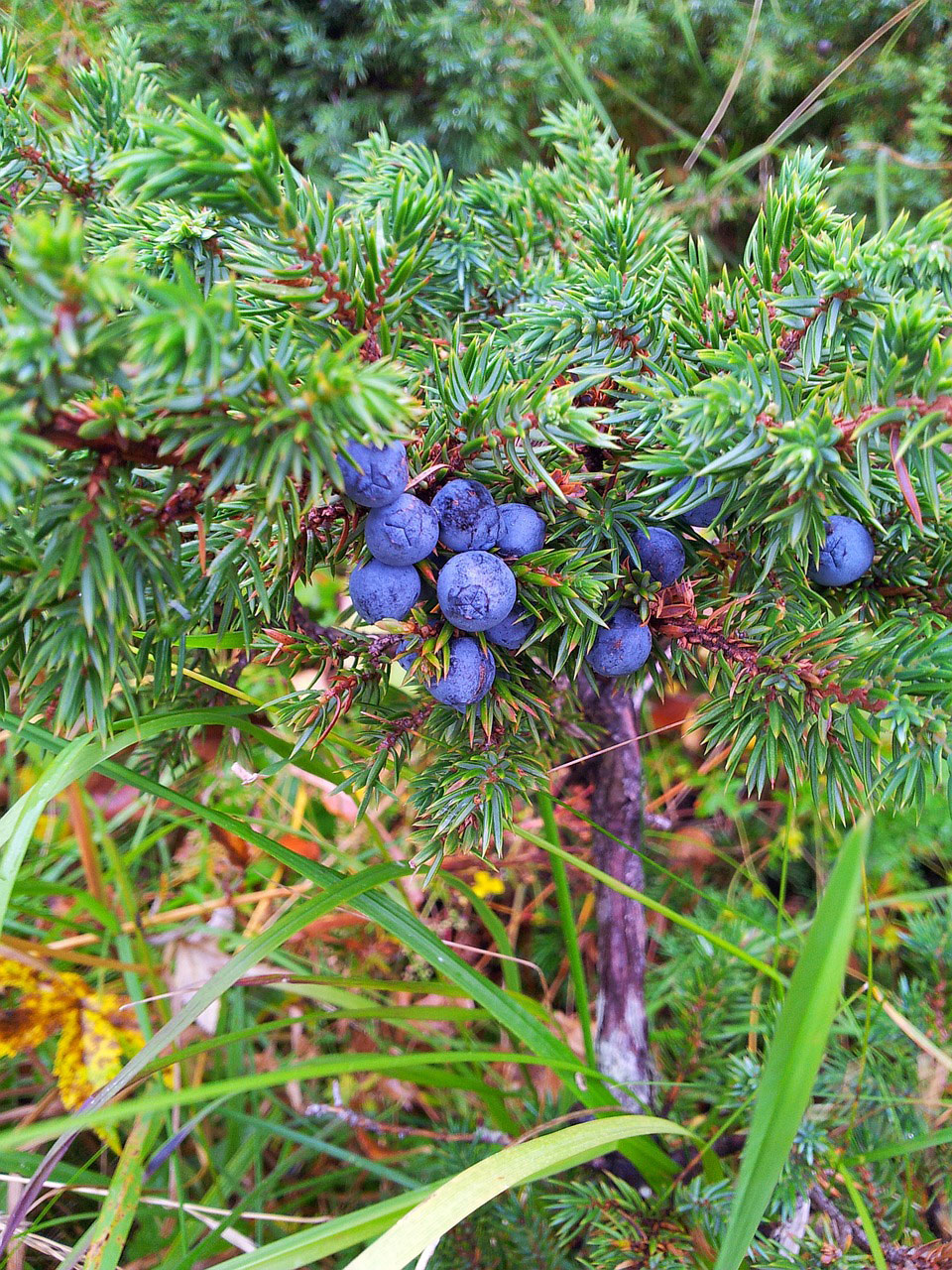 The Juniper plant is coniferous and the berries of junipers are considered as a spice and used in many culinary dishes. It is an evergreen plant. It provides a beautiful landscape with its fresh fragrance and well defined structure. Juniper plants are one of the most versatile, hardiest and drought tolerant plants. With young foliage they are conifers and become softer and flatter with age. The berries of the juniper plant contain chemicals which are helpful in decreasing gas and inflammation. This chemical is also effective in fighting bacteria and viruses. Juniper is used in digestion problems like upset stomach, heartburn, loss of appetite, bloating, and intestinal worms and also in intestinal gas problems. It is used as an antibiotic. The Scottish people have been known to use juniper incense to ward off the eye of evil. This incense is used by Tibetans to remove demons. It is used in many herbal remedies.

At multiple sites of ancient Egypt tombs, the berries of juniper plants have been found. These berries came from Greece and thereafter imported into Egypt. In the past, The Greeks used these berries as a medicine and also in their food. The Greeks also used the berries in their Olympic events because they believed that the berries could augment their physical stamina as athletes. Since ancient times, in temples, juniper was used by every culture for ritual cleansing and purification. 200 years ago, in Europe, they used it to strengthen the body of sick people and also to maintain good health. The first recorded mention of the use of juniper was 1500s BCE in an Egyptian papyrus.

The leaves of juniper plant are needle like or scale like. Its mature leaves are overlapping and scale like and they spread and are arranged in pairs. Its needle leaves are sharp and hard. They can be either deciduous or monoecious. The female plant produces a berrylike structure. These are fused cones that are fleshy, and have a grayish waxy covering, providing a gin flavor. Its berries are red brown to orange in color, aromatic, and are used as spice. They mature in one to three seasons and can contain up to 12 seeds. Its berries are borne only in the female plant. It bears, flowers on the separate plants. Its male flowers are yellow in color and female flowers are blue in color. These flowers bloom in the late spring season to early summer season.

The Juniper plant is widely distributed in the Northern Hemisphere from the Arctic and in the Mountains of Central America and from South to tropical Africa to Old World. It is found in southwestern Asia up to the Himalayas, in Europe, and North America. It grows in mountainous regions, northerly moorlands and in the Southern Coastal areas. It is cultivated mainly for its berries. Its root, bark and wood are also useful.. It is also found in some of the Scottish Mountains and on limestone hills. You find it in North Africa and North Asia as well. It is especially abundant in Eastern Oregon and central Texas. In Scotland it occurs in border areas.

The Juniper plant grows in any soil conditions provided it is well drained. It can tolerate the road pollution and spray from road salt. In the Northern hemisphere is distributed in rocky soil. They can tolerate any soil types, but they need a sunny location..

A planting of the juniper plant is done in any season of the year. But the best is planted in the fall. Planting is done by digging a hole, deep enough for the root ball and 2 to 3 times broader.

A young juniper plant requires watering regularly for the first two years during dry spells. Afterward, it is a drought tolerant. It can survive in adverse conditions. And depend on what nature provides. It requires adequate water supply in the growing season.

A young juniper plant requires watering regularly for the first two years during dry spells. Afterward, it is a drought tolerant. It can survive in adverse conditions. And depend on what nature provides. It requires adequate water supply in the growing season.

Care of juniper plant is very easy. It does not need pruning to maintain its attractive shape. After planting it also requires fertilizers in the spring season and thereafter every other year.

The blue, purple, violet and blackish blown fruit of juniper plant is harvested in the early autumn season. Its fruits are harvested for its culinary and medicinal uses. All the berries are not useful for harvest. The scent and flavor of the berries of juniper plant are immediately strongest after harvesting. Harvesting of these berries is not a commercial process. You need only a bucket and a ladder to harvest berries. Harvesting is done by hand picking and collecting the fallen fruits from the ground.

The Juniper Twig Girdler is the pest of juniper plant. It is a brown moth with small shiny wings. It causes the small limbs of the affected Junipers to turn yellow, then brown, and finally die. To control the damage from this pest, spraying insecticide is best for protection. Spider mites are another big pest which poses a threat to the juniper plant. These pests suck nutrients and sap from the plant causing the leaves to become yellow and molted. The Bark Beetle Pest can bore holes in the trunk of the plant and cause the branches to die. Juniper Needle Miner causes holes in the leaves of the plant.

The leaves and wood of juniper plant are very useful. Oil is distilled from the leaves and wood and used in the medicines and perfumes as diuretics. Its berries are fragrant and have a bittersweet flavor. They are used in sauce and stuffings, flavor to liqueurs, bitters and in pickling meats. The berries of juniper are used to flavor food and alcoholic beverages. Juniper is also used in herbal medicines as a carminative. In Swedish medicines it is used in the treatment of inflammatory diseases and wounds. In the management of bronchitis it is used as a steam inhalant. It is also used to control arthritis. Juniper oil is also useful to treat coughs and joint pains. This oil is used in making cosmetics like lipstick, foundation, bath oils, hair conditioner, eye shadow and bubble bath and fragrance in soaps. The oil is also inhaled to treat bronchitis. Juniper is used to treat urinary tract infection, bladder and kidney stones, cancer, diabetes, and snakebite.