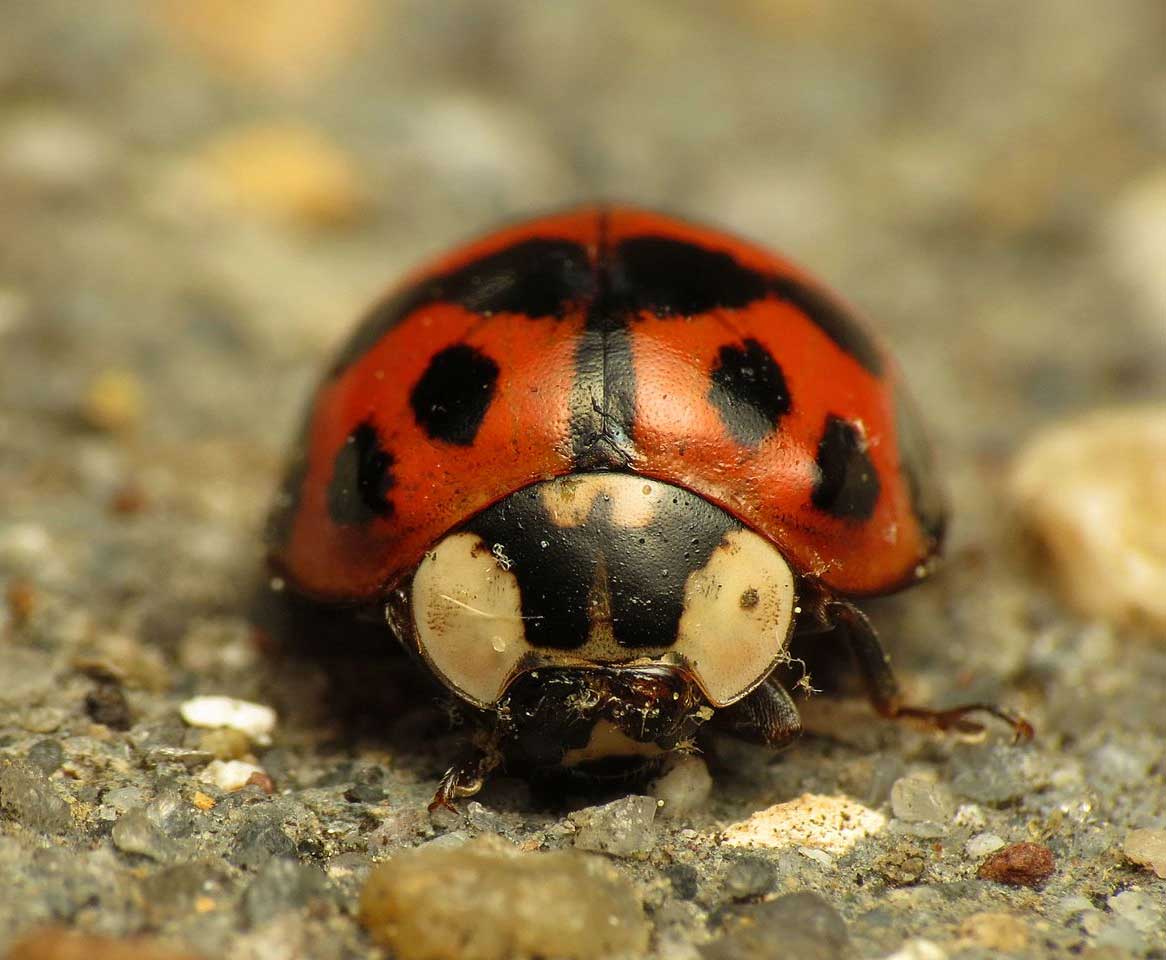 Harmonia Axyridis is an alluring Coccinellid beetle having different shades like yellow, orange, and black. They have plain wing covers or ones with about twenty two small marks on it. As they appear in diverse colors, they are usually called as the Harlequin Ladybird. In North America, they are referred to as the Multi-colored Asian Lady Beetle. They also have the name, Halloween Lady Beetle, on account of their attack and encroachment of the dwellings to escape the harsh winter in October. They are not very different from the Seven-Spot Ladybirds that are familiar in Japan. Harmonia Axyridis are mainly endemic to Eastern Asia; however, they have been brought into North America and Europe with the purpose of eradicating small bugs, especially scale insects. Presently, their utility value has increased manifold, and their numbers have been increasing rapidly. They also migrated to South Africa and South America.

In external form and build, Harmonia Axyridis is a conventional coccinellid beetle having Its dome is big and you will find a gradual changeover between its wing covering (Elytra), prothorax and the head They can be seen in three major shades – “Succinea” having black dots in red or orange, “Spectabilis” with four rounded red marks in black and “Conspicua” with two red boots in black. Besides these three, there are a variety of other types, especially in their proper habitats. The feature that differentiates Harmonia Axyridis from the indigenous categories existing in the UK is that they are the biggest type of Coccinellid beetles, ranging between 5.5 to 8.5 mm, and also much more domed than the European categories.
One of the casual but beneficial hints for identifying this group from the other Coccinellidae is that the plate–like covering of the prothorax of the Succinea species has a white indication which can be sometimes seen as an “M”-marked space in black or “W”-seen from the dorsal position of the beetle. This can be easily recognized in the beetles having 19 dots, but not clearly visible in rare varieties. Their legs will usually be reddish–brown and the bottom of the stomach is seemingly brown.

Domestically, Harmonia Axyridis belongs to Eastern Asia, western side from Central Siberia, Kazakhstan and Uzbekistan, over Russia to south of the Himalayas and in the eastern side to the Pacific Coast and Japan, including Korea, Mongolia, China and Taiwan. As a devouring hunter, it has been recognized as a natural enemy of insects and pests; therefore, it has been brought into use as a pest controller in conservatories, crop cultivation and plant growing areas in countries like the United States and in some parts of Europe. Presently, this category is entrenched in the United States, Canada, Argentina, Brazil, Italy, the United Kingdom, Denmark, the Netherlands, Belgium, Luxembourg, France, Germany, the Czech Republic, Hungary, Poland and South Africa.

During the chilly seasons of the year, Harmonia Axyridis turns inactive, but it may change, move around when the thermal reading reaches up to 10oC. It may move to some cracks or other enclosed, refreshing, and moisture less areas to get protection from the winter cold. A good number of them gather indoors if they find big gaps.
In the autumn season, these beetles assemble together in big numbers and for mating; they make use of the chemical substance (Pheromones) that is secreted in their body to lure their mates. The creators of Harmonia Axyridis snares make full use of this phenomenon to trap these bugs. In selecting the area, the extended series of a compound consisting of a chain of hydrocarbons, left over by earlier generations of these bugs plays a vital part and is considered more of a lure than the unpredictable pheromones.
Chilly weather is their enemy and whenever sunlight appears during the winter they most probably, assembles in that area for the warming purposes. Even the beetles that are lying dormant may arise due to the heat radiation from the sun. But such gatherings can create difficulties as they form big moving groups due to their huge number and may loiter in a particular place for a considerable amount of time. These clusters of beetles will be inclined to halt at the topmost intersection of the windows. In order to get some heat, they are attracted to the impenetrable dark shielding structures for obvious warmth. They can”t be easily evacuated, as they have the best vision available. Sometimes, they may bite if exasperated.
In order to avoid becoming a prey to others, Harmonia Axyridis, employs a chemical, namely, Isopropyl Methoxy Pyrazine. This chemical forms a part of its hemolymph in higher concentrations than any of the other beetle group and together with the particular category special protective compound, namely, Harmonine; it is a defensive mechanism of truly effective proportions. When disturbed, they behave defensively by releasing a noxious fluid – Hemolymph, from their legs. This watery substance has a bad smell resembling that of decaying leaves and may generate blemishes. Some people are very sensitive to these and you find their bodies reacting against it, leading to allergic Rhinoconjuctivitis in some cases. Occasionally, these beetles may sting people. Seemingly, we can assume it as an effort to obtain salt. Some people feel a jabbing feeling as the lady beetle steps on their body. It is only because of the physical force exerted by the feet of the ladybird. A few of the people get disturbed by their bites, but normally it may not injure us, though it creates a kind of discomfort.

It is very much harder to differentiate between these beetles due to their ambiguity in their shade, measurement of their dots and also their counts on the wing case. One effortless method to determine Harmonia Axyridis, species, Succinea, is to notice the plate like covering of their thorax and inspect whether you can see the “W” or “M” marking. Most probably, this category has a little more white than that of the indigenous North American group.

In those places, where this beetle has been brought into and thus became a menace to the innate categories, a large number of techniques have been explored. Preventive measures involve the use of pesticides, ensnaring, expulsion of accumulated beetles, and restricting the access to the dwellings. Other techniques include the thorough check of common parasites and micro-organisms. Some preventive measures are as follows:

One of the snares allures the beetles using light, but it is not that successful as the beetles have no fascination towards the light.