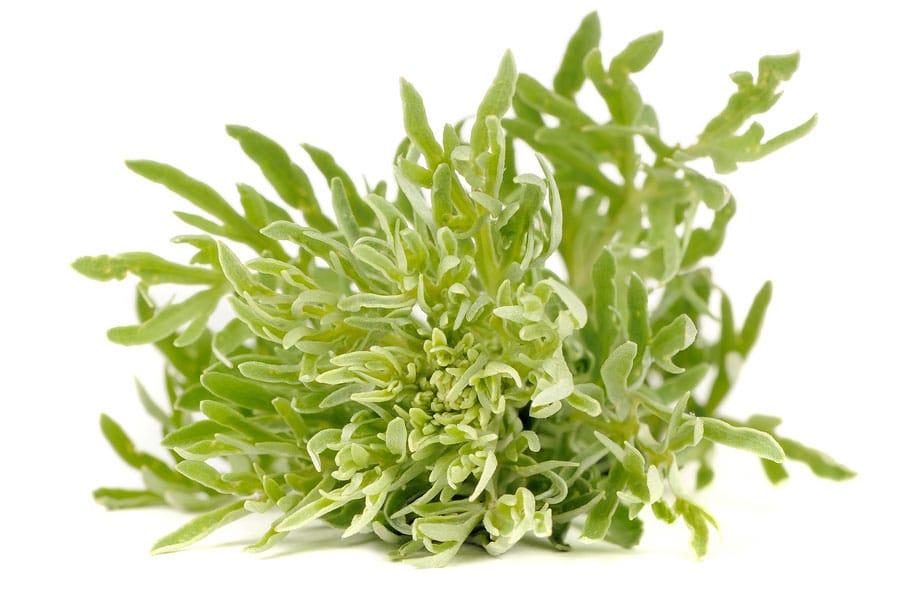 The Wormwood plant is also known as Absinth, Common Wormwood, Ajenjo, Absinthii Herba, Alvine, Green Ginger and Grand Wormwood. With fibrous roots, it is a herbaceous perennial plant. Commercially, it is available in capsule form, as an essential oil, tincture and in tablet form. It has anti inflammatory, antipyretic and chemotherapeutic properties, which make it useful to treat various diseases. The whole plant is very useful for the purpose of herbal medicines. Its flowers and leaves are bitter in taste and the root has an aromatic and warm taste. This plant grows 30 to 90 cm tall.

The name “wormwood,” was derived from the ancient use of these plants, when its leaves and extracts were used as an Anthelmintic, Febrifuge and Antiseptic. In Turkey, it was used as a Blood Depurative, as an Abortifacient and also to treat stomachache. First, it was cultivated in two villages along the French Swiss border regions. These villages were Val de Travers and Pontparlier, and they are known by their historical home of wormwood. During the Egyptian dynasty of 1600 BC, the extracts of this plant were used to cure many diseases.

The root of the wormwood plant is perennial and the stems are tall, straight, grooved and branched, and grow up to 0.8 to 1.2 meters in height in silvery green color. The leaves of the plant are spirally arranged and they bear minute oil producing glands. These leaves are covered with silky and silvery white trichomes, and the leaves have silvery gray color above and white at below. The Flowers of this plant are clustered, with bent down heads; they are tubular and pale yellow in color. These flowers occur from early summer to the early autumn season. The fruit of the plant is a small achene.

The Wormwood plant is native to the temperate regions of North Africa, Europe, Siberia and Eurasia. It also grows in waste places and roadsides. In Britain, it grows near the sea and other parts of Scotland and England. It is also found in the United States and other parts of the world.

This plant is easily propagated  in the autumn season in temperate climates, by root division, by sowing seeds or by cuttings, soon after they are ripe. For planting, the spring season is also ideal.

The Wormwood plant requires deep and regular watering, but over watering is not good for the plant. Once in a year, it requires fertilizers.

For germination, wormwood plant requires a temperature of 20 degree C.  With non humid temperatures, it thrives in partial shade. As it is drought tolerant, humid and rainy weather can induce Center Rot.

The Wormwood plant requires full sunlight for good growth, but once established, it requires little care. Light pruning is also ideal during the growing season.

The Wormwood plant is harvested when the day is dry, after the sun has dried   any moisture on the plant. It is harvested in the month of July and August. To harvest, its upper green portion is removed.

The plant is affected by Root Rot when continuously exposed to wet soil. Except this, wormwood is quite pest resistant. Its aromatic qualities make it a deterrent to Snails, Garden Pests, Ants, Codling Moths and Flea Beetles.

The Wormwood plant is used as an ingredient in the spirit Absinthe and also in some alcoholic beverages. For example, Vermouth wine is flavored by the extracts of wormwood plant. The juice of its larger leaves is used to treat dropsy and jaundice. The chief constituent of this plant is its volatile oil; it is usually dark green or blue in color and has a bitter taste and a strong odor.  Its flowering tops and dried leaves are used to treat stomach diseases. In manufacturing detergents, soaps, cosmetics and perfumes, the oil of this plant is used as a fragrance component. It is also applied directly to the skin to heal insect bites and wounds. Its leaves are used in the making natural pesticide spray.