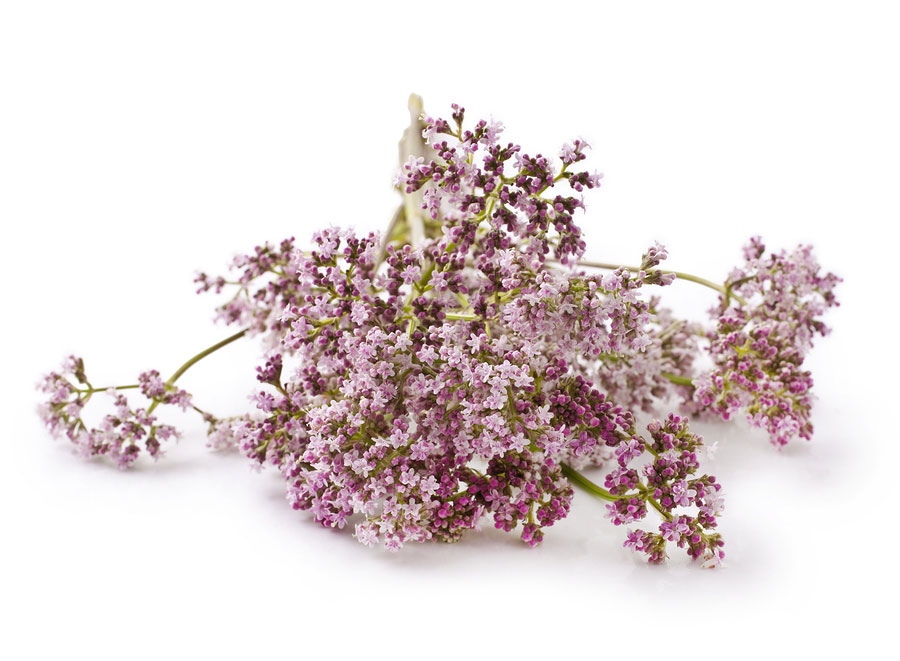 Valerian is a flowering perennial herb. It is also known as all-heal, Baldrain, Garden Heliotrope, Garden Valerian, Common Valerian and Fragrant valerian. An extract of its flower was used as a scent in the 16th Century. In Herbal medicines and pharmacology valerian is the name of dietary supplement or herb which is prepared from the roots of the plant. This herb is used for sleeplessness and anxiety. This plant is known for its large blooms and medicinal properties. The Scientific name of this plant is “Officinalis”, which means using medicinally. The Flowers of this plant are hermaphrodite and they are pollinated by beetles, bees and flies. Its dried root and flowers have a strong smell. Its roots have antispasmodic, diuretic, carminative and hypnotic properties. Its dried roots contain 2 % of essential oil.

Hundreds of years ago, wasabi was discovered by a farmer in a remote mountain village. In the 10th Century it was cultivated in Japan, and since spread to New Zealand, Taiwan, Canada and America. During the 16th Century, this plant grew naturally in Mountain the regions. In the early times it was used as an ingredient in cooking. In the middle ages, the dishes of wasabi served in Buddhist temples.

The Valerian plant grows up to 2 feet tall and it is also grown to decorate gardens. Their stem is straight and hollow and topped by umbrella shaped heads. Its leaves are hairy and dark green in color and are pointed at the tip. These leaves are Blade pinnate with terminal leaflet. The flowers of this plant are sweet smelling, small in size and pink or light purple in color. They bloom in the summer season. Its flowers attract butterflies and bees. Its fresh root has little odor and it is grayish brown in color. Its stem leaves and basal leaves are both similar in appearance and are oppositely arranged. Its fruit is egg shaped and often with spreading hairs.

The Valerian plant is native to America, Europe and Asia. In England it is common in marshy thickets and the borders of rivers and ditches. It is common in Japan, West Asia, Korea and China. It is also grown in the parts of the United States from Maine, South of West Virginia and West to Iowa and Minnesota. In the Western parts of the United States it is also found in Idaho, Washington and Oregon. Native habitats of this plant are rivers banks, stream banks, forest margins, meadows and shores. It also inhabits South Western Finland and Central Finland.

The Valerian plant requires fertile, moist and well drained soil. Rich and loosed soil is ideal for the plant. It thrives in high humus content soil. It prefers nutrient-rich and slightly acidic soil. Loamy and sandy soil is also suitable for this plant.

Planting the Valerian plant is done by sowing seeds or by propagation of roots. The spring season is good for planting. For starting with the seeds, make sure it is fresh and less than one year old. The seeds should be placed in a good potting soil mix for about 4 to 8 weeks before planting it in the garden and should be sprinkled with warm water to help establish quickly. Direct sun is also needed for a rapid germination process; hence providing glow lights or fluorescent lights will be beneficial. Even creating a greenhouse environment will do well for this herb. When sprouted, this herb can be transplanted to a sunny location which can attain at least 6 hours of sunlight and partial shade during the afternoon peak hours. Take care to provide at least a 3 foot space from all sides while planting as it needs a lot of space to grow.

The Valerian plant requires deep and frequent watering. Regular watering is essential for this plant because it requires uniform moisture in the soil. It can also tolerate excess water.

The Valerian plant requires direct sunlight to partial shade. It is a low maintenance plant and this plant can tolerate frost also. It requires high phosphorus fertilizers for good growth.

The leaves and roots of the valerian plant are harvested for the medicinal purpose. The spring and fall season are best for harvesting of its mature roots. During the autumn season the roots of 2 year plants are harvested when the leaves have died down.

Though, no clinical evidence is available on the exact dosage of the Valerian herb, some researchers used about 50 mg dose three times a day for 4 weeks to treat anxiety.  Valerian extracts and dried herb are also used to treat anxiety in 0.5 to 2 ml and 0.5 to 2 g respectively. Valerian tincture of about 2 to 4 ml should be consumed to treat anxiety. For insomnia, a dose of 400 to 600 mg can be consumed 1 to 2 hours before going to bed. People with chronic diseases and pregnant ladies should use this herb only under medical guidance.

The Valerian is considered to be safest herb and has no serious side effects except hangover, stomach upset and headache.

The Valerian herb is used to treat many diseases. Its oil is a popular remedy for Cholera disease. The juice of its fresh roots is also very effective in the treatment of various diseases. The Roots of this plant are used in the making medicines. This herb is used in the treatment of headache, muscle pain, joint pain, stomach ache and migraine. It is also helpful in treating the chronic fatigue syndrome, depression, Tremors, Anxiety, Epilepsy and Hyperactivity disorder. For women it is used for menstrual cramps, symptoms of menopause and hot flashes. It is also added in the bath to help with disorders of sleep and restlessness. Its oil and extracts are used in flavoring food and beverages. Its leaves are used in making herbal tea. This herb is also used externally to treat minor injuries, eczema and ulcers. Its dried roots are used to scent clothes by placing in cupboards and clothes drawers. This gives energy to the optic nerve and helps in strengthening the eyesight. It is also used as a sleeping aid.