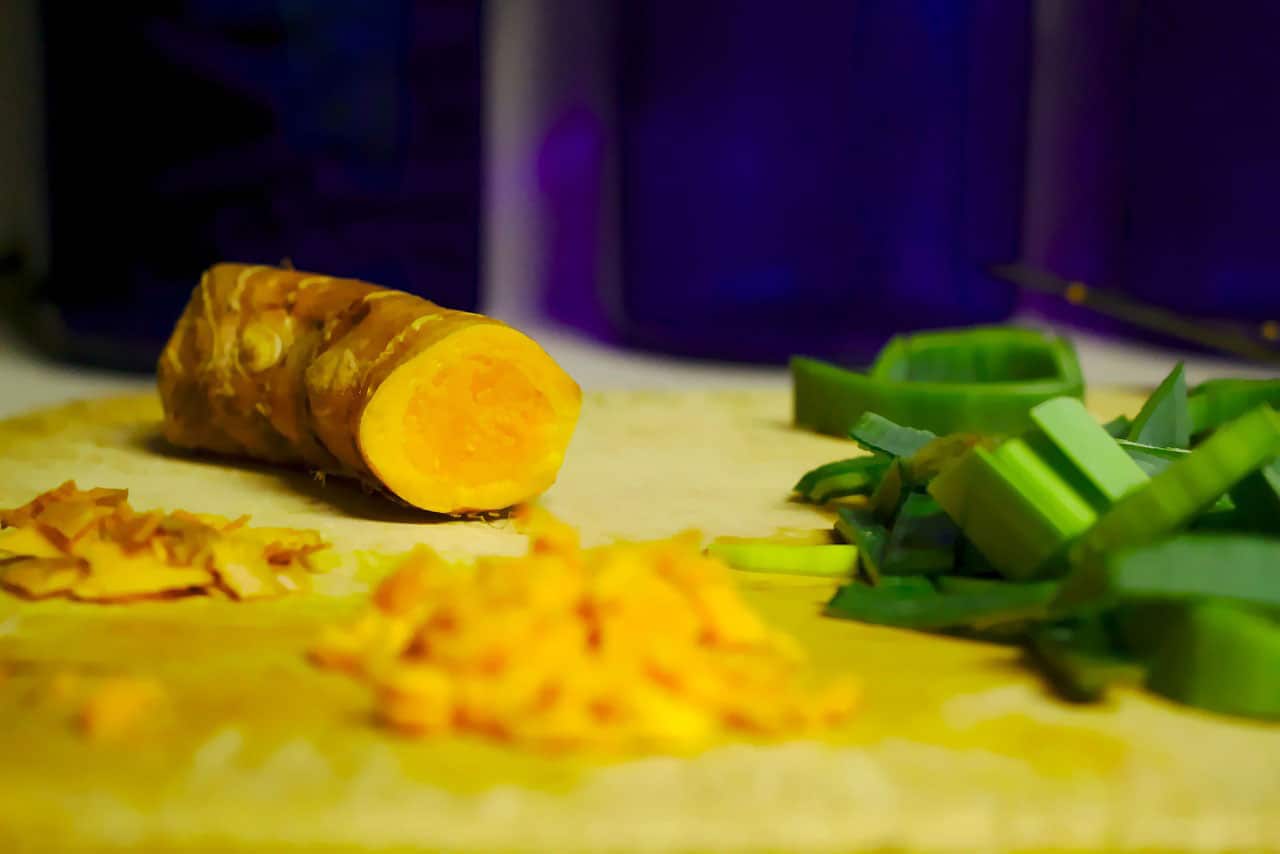 Turmeric, called Curcuma Longa, is a herbaceous and perennial plant, that belongs to the  Zingiberaceae family. It is an herb, also known as Kasturi Manjal or only manjal. Turmeric is used as a primary spice in food dishes. It has antioxidant properties and also helps in boosting the immune system. It is an antiseptic, and when used immediately, it kills parasites and yeast. Against diseases and infections, it is a natural defense mechanism. It has anti bacterial property which makes it useful for treating and cleaning wounds. Its root is its useful part. Its flowers are very attractive and beautiful.

The turmeric plant grows 1 meter tall with underground Rhizomes. It produces beautiful, tall  and white flowers.. It is highly branched. This plant has cylindrical and aromatic Rhizomes. The leaves of this plant are alternate and are arranged in two rows. These leaves are divided into a leaf blade and petiole. A false stem is formed from the leaf sheaths. Its flowers are hermaphrodite.

Turmeric is native to Indonesia and India. It is cultivated at the Islands of the Indian Ocean,  the mainland and the tropics. In South East Asia, it is native to the monsoon forest. In Indonesia its rhizomes are eaten raw.

The turmeric plant requires rich and well drained soil. It grows well in clay soil as well. Fertile soil is ideal for the growth of the plant. It does not have water retaining capacity.

Once the danger of frost has passed, turmeric should be planted in the spring season or in Northern Climates. For fully maturing, it takes 8 to 10 months. It is grown for its root like Rhizomes. It is planted by its seeds or rhizomes by burying them in wet soil.

Once the danger of frost has passed, turmeric should be planted in the spring season or in Northern Climates. For fully maturing, it takes 8 to 10 months. It is grown for its root like Rhizomes. It is planted by its seeds or rhizomes by burying them in wet soil.
The turmeric plant requires regular watering for good growth. Over-watering is not ideal for this plant.

The turmeric plant grows naturally in humid and warm climate. It is a tropical summer plant and requires moisture and heat. It cannot tolerate winter. In the summer season, it grows anywhere.

The turmeric plant thrives in direct sunlight but light shade is also ideal for it. For good growth it requires fertilizers and cow manure. Heavy shade is not good for the plant, it will reduce its yield.

Harvesting of the turmeric plant is easy. It is harvested when the plant has changed from plentiful green to dry. Its harvesting is done when the leaves turn yellow. After planting, it matures in 9 to 10 months.

Many pests and diseases attack the plant. Spider mites may create a problem. It is also prone  to fungal diseases like Leaf Blotch and Leaf Spot. These diseases cause brown spots on the leaves.

Turmeric is very useful. Its antioxidants kill cultures of cancer cells from ovaries, bloodstreams and the skin. It is used to treat headache, cold, lung infection, leprosy, menstrual problems and fever. It is also applied to skin for ringworm, pain and leech bites. Turmeric has been used in medicines, cosmetics and many other applications. It is used commonly in curries and dishes. Turmeric is used to treat ailments of liver, ulcers, sprains, strains, bruises and parasitic infections.