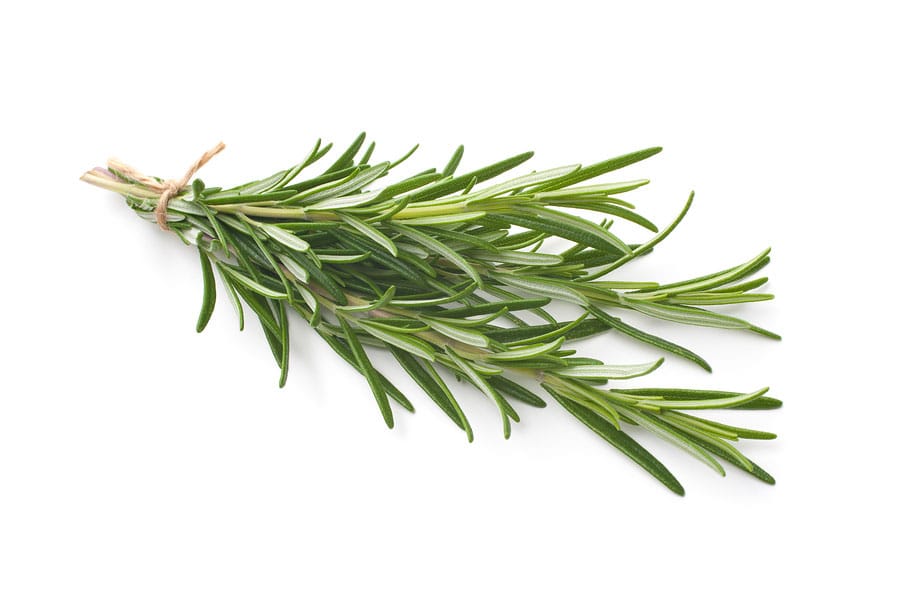 Rosemary, botanically termed as Rosemarinus Officinalis, is an evergreen shrub belonging to Lamiaceae family. It is a woody plant found in Mediterranean regions. This ornamental plant has a needle shaped leaves that are very popular for their culinary and herbal uses. The leaves are used as a whole dried herb or in powdered form and are very commonly used in chicken and lamb dishes.

The “Rosemary” name was derived from the Latin word “ Ros” and “Marinus” which mean “dew” and “sea” respectively. It was used since ancient times and herbalists like Pliny and Dioscorides had mentioned in their books about rosemary and its uses. Other than herbal and culinary uses, it was also used in decorations during Christmas. The wreath of Rosemary was worn by brides in some cultures. Some people also believed that rosemary will keep away the evil spirits. In mythological stories, the Greek goddess Aphrodite wore the rosemary herb around her body. In some other story, it is stated that, when the Virgin Mary was resting near a rosemary herb, her blue dress was spread over the white rosemary flowers which turned blue.

Rosemary is a perennial shrub that grows in an erect posture or sometimes in a trailing form. When grown in an erect posture, it attains a height of about 1.5 to 2 m. It bears aromatic and evergreen leaves that grow about 2 to 4 cm in length and 2 to 5 cm in breadth. The leaf is covered with small and wooly hair like structures, and it has a dark green hue on the top and the white shade in the bottom part. It also bears beautiful white, pink, deep blue or purple flowers that bloom during the summer and spring, especially in the temperate regions.

Rosemary thrives well in the Mediterranean climate and can also be seen in some region of Asia. It is a hardy perennial, especially in the cold climate, and can also be found in dry scrub soil areas.

Rosemary prefers easily crumbled loamy soil that has a good drainage capacity. It prefers alkaline soil and a pH value of 7 to 7.8. It cannot adjust in wet and soaked soil.

Propagating Rosemary herb is easy with the help of cuttings rather than using seeds. The perfect time to propagate Rosemary is during the late spring, and in warmer climate areas, it should be done in early autumn. Get a cutting of 4inch of Rosemary herb and plant it in a soil that has a combination of peat moss and granule sand in 1:3 ratios. This cutting should be placed in a sunny location and watered regularly till the roots develop, which will take approx 3 weeks. Later, after it develops enough roots, it can be transplanted to a bigger pot or in the garden where it will get a warm and moist environment.

Rosemary is a hardy plant and can adjust in drought conditions for a long time. But providing enough water will be beneficial for the rapid growth of the shrub. It prefers well drained soil; hence water the plant only till the surface layer gets moist. Don’t make it too wet or it may cause root rot.

Rosemary prefers a warm climate and can thrive in a 30 degree F outdoors. But if it falls below that, then the herb should be kept indoors where the temperature should be maintained in the range of 50 to 80 degree F. The preferable temperature for a healthy growth is 60 to 65 degree F. It requires 6 to 8 hours of sunlight per day, to grow well.

Rosemary needs a dry soil, hence regular watering is not required. Provide around 6 to 8 hours of sunlight for a good growth. Pruning the herb regularly helps to grow it into a good shape. Though it does not require much fertilizer, providing with a good fish emulsion during the spring season will give it a good start.

Rosemary is not usually affected by severe pest or diseases other than Powdery Mildew.

The Common Rue is generally disease free and is known to thrive well with minimal care.

Rosemary has several uses and was used since ancient times. It is usually grown as an ornamental plant that gives a perfumed smell to whoever passes by the herb. These leaves are used as a spice in many cuisines and especially in the chicken and lamb dishes. It is also used to garnish soups, vegetables and stews.
It is also used to cure many ailments like skin irritation, wounds, bruises, dandruff, hair loss and menstrual cramps.