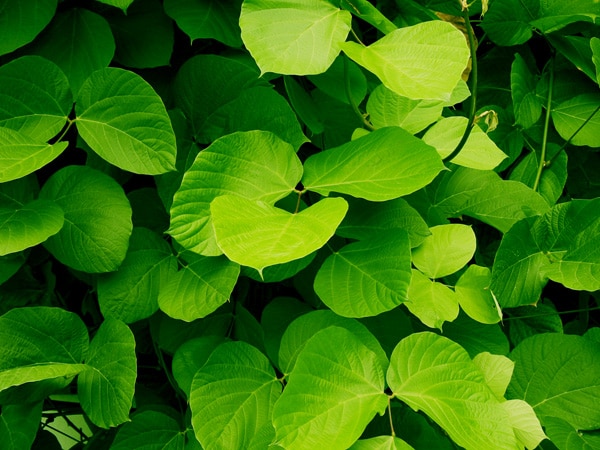 Kwao Krua, botanically known as Pueraria Mirifica, is a plant belonging to Lamiacea family and Faboideae subfamily that can be seen in the northern parts of Myanmar and Thailand. It was a popular herb in the Thailand region as the natives used its tuberous roots in dried and powdered form in their traditional medicines. In those regions, it was commonly known as “Kwao Krua Kao” in which the word Kao means “white color” and this difference helped to distinguish this plant from the others that belong to the same species with similar names. The other plants with tuberous roots were Kwao Krua Deng in which Deng means red color and Kwao Krua with black and grassy body.
This herb was used in a dried and powdered form in Thailand traditional medicines to improve the skin and the hormonal problems in men and women. It was also believed to increase the sex drive in both the sexes. It was widely known as a “Fountain of Youth” by many herbalists.

Pueraruia Mirifica has a rich history dating back to 700 years. It was a popular herb, especially in Thailand, for making traditional medicines. Some evidences dating back to 700 years have been found from a Buddhist monastery in 1931 during the renewal process. It is believed to be the inscriptions of some famous herbalist of that time who had introduced the uses and applications of the Mirifica roots. Those documents revealed the effectiveness in reducing wrinkles, improving memory, eyesight and intestinal tract problems. An herbalist called Luang Anusan Suntara published a document in 1931, which included the various uses of Kwao Krua. Within 2 decades, in 1952, the director of Siam society’s botanical journal, Dr Kerr again proved the importance and the varieties of Kwao plant. He affirmed that this herb was very useful in creating a hormonal change in males and females.

In the ancient times, the tuberous roots and the leaves of Pueraria plant was crushed and mixed in cow milk to make an effective medicine, which cured the memory loss, increased the memory power, reduced wrinkles and made the skin smoother, not to speak of preventing parasitic diseases. It was considered to be a secret for life extension and it possessed anti-ageing properties.

Pueraria mirifica, a woody wine which occurs in the deep dark forests of Thailand have around 28 cultivars. The leaves are palmate type and large with an ovate shape that usually consist of 3 leaflets in a single petiole. The round-shaped tuberous roots or bulbs are the important part of the plant, having medicinal values. It can be seen in different shapes and sizes depending on the climate and the soil in which it grows, but can grow to around 100 kg in weight. This plant bears beautiful flowers that can be seen in blue or purple shade. These flowers usually consist of 5 petals and bloom around February till March.

Pueraria mirifica is a flowering plant endemic to the Thailand region. It is found in its original habitat in the deep forests of Thailand and in some places in Myanmar. It is mostly seen in the northern, northeastern and western Thailand and grows at an elevation of about 300 to 800 meters above the sea level.

The Pueraria Mirifica plant bears a tuberous root or bulb that primarily contains a highly prized phytoestrogen known as Miroestrol, which is considered similar to the safest estrogen for humans, and is known as Estriol. Other than that, it also consists of various Phytoestrogens namely Daidzein,  Mirificoumestan, Β-Sitosterol, Deoxymiroestrol, Genistein, Stigmasterol,  Mirificine, Coumestrol, Kwakhurin, Campesterol and Genistin.

Pueraria mirifica was used in traditional medicines in Thailand, where its crushed mixture with cow milk led to the treatment of many types of ailments and for rejuvenating purposes. Now days it is available in tablets, extracts and powdered form and also can be seen in some other medicinal preparations with other herbs. Each and every ailment requires different dosage and application.

For an effective breast enlargement, using sprays, tablets along with cream will work better. Tablets should be taken twice with a gap of 12 hours in a day. It should be taken along with a whole glass of milk, which will help to absorb the active ingredients. Along with that, use the cream and spray 2 to 3 times for a better result.

Women are very concerned when it comes to their ageing problem. They are more worried about the after effects of the ageing process. The recommended dosage is up to 1 mg every day. That can surely give good results.
Pueraria Mirfica can be used by brewing a tea. You can drink this morning and evening. The extract of this herb can be used 50 to 100 mg per day. For topical applications, the herb should be dissolved in pure mineral water to make a paste and should be applied to the body parts. Sprays and creams including this herb should be applied 2 to 3 times and should be left for 3 to 5 minutes for full absorption by the body part.

Till now no serious side effects have been recorded with the prescribed dosage, but if used in higher dosages, then it may cause asthma, epilepsy, diabetes and migraine. But, to be on the safe side, pregnant ladies should not use this herb without doctor’s advice.

Since ancient times, Pueraria Mirfica was considered as an herb full of medicinal properties. Still, some manufacturers and researchers of the cosmetic world claim that this herb has the properties to improve the skin by reducing wrinkles, enhancing glow and smoothness. So it is available in the form of soaps, rejuvenating creams, skin lighting creams, anti-ageing creams. It is also considered effective for the hair growth, enlarging breast and increasing appetite.
Though theses uses have not been clinically confirmed, it is used in many drug forms and in cosmetic products. Medicinal documents confirm the use of Pueraria Mirfica in providing relief for ailments like osteoporosis, menopause and even cancer.