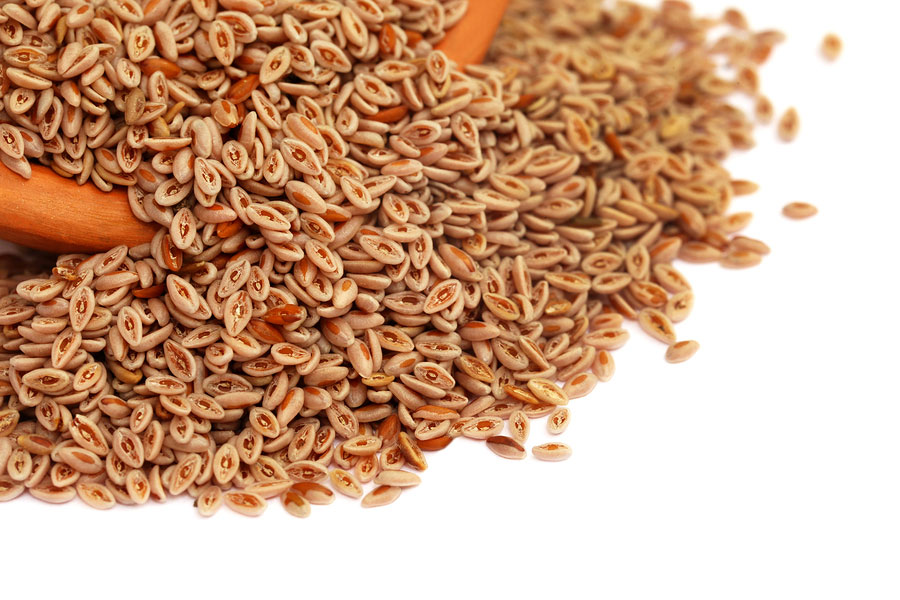 Psyllium, otherwise called Ispaghula is a general name for many of the plant associates belonging to the Plantago genus of the family Plantaginaceae The seeds of this plant are traded in the market to produce mucilage.

There are above 200 species of the Plantago genus. P.Psyllium and P. Ovate, they are manufactured and traded in many of the countries in the continent of Europe, India and the former Soviet Union. Psyllium is acquired from P. Psyllium L. It is also known  by the  name, P. Arenaria. The seed obtained from  P. Vata is called in the market as “blonde or white” Psyllium, Isabgol or Indian Plantago. (In Pakistan it is known as Ispaghol). The P. Ovata in India is named after  the Persian script “Asp” and “Gul,” which means “horse flower”.

Plantago Ovata is an annual growing herb which grows as tall as 30 to 46 cm (12 to 18 in). Its leaves appear in the linear “lanceolate,” linear or opposite to each other. They measure 1 cm x 19 cm (0.39 in x 7.48 in). It has a properly formed tap root along with some secondary roots which are fibrous. Lots of flowering shoots, emerge at the plant’s base. It bears a large number of flowers that are white and small.

Vast expanses of places in the Northern parts of Africa, Southern regions of Europe as well as Asia, mainly India, have widespread cultivation of these three varieties that bear psyllium. The general manner of propagation of these plants is from the seeds that are stocked at the time of spring, since they need a lot of sunshine. In the commercial market, Plantago seeds are named as black, Spanish psyllium or French. They are acquired from P. Psyllium L.

Psyllium flourishes in properly drained loamy soils that are sandy and exposed to sunlight. It requires less nutrients. The composition of the soil in the northern regions of Gujarat is short of phosphorus and nitrogen, whereas it has the highest rate of potash with pH ranging from 7.2 and 7.9

Be sure to delay the planting of the plant till the state of the climate being free of frost. In India the seeds are transmitted at the ratio of 5.5 – 8.25 kg per hectare (5 – 7.5 lbs per acre). In the regions of Arizona, the rate of the seedling ranges from 22 – 27.5 kg per hectare (20 – 25 lbs per acre). As a result, the plants get an outstanding yield. In the beginning of the growing period, manually weed out the weeds once or twice. The method of controlling the growth of weeds is by irrigating the location prior to planting, getting the seeds of the weeds to germinate and thereafter, superficially till the soil to minimize the growth of weeds. Psyllium cannot compete with any variety of weeds.

The husk of the Psyllium is a crop that is greatly susceptible to the environmental conditions. For growing this plant you need a specific temperature, a clear sky and a dry environment.. Precisely, during the period of development, it needs a dry sunshine and a cool atmosphere

Whenever there occurs mild dew, little rain or cloudy weather, the seeds shy  away  For the germination of seeds it needs 20°C to 25°C, and when it matures, it needs 30°C to 35°C and yearly rainfall ranging from 50 to 125 cm.
When humidity affects Psyllium the seeds form a characteristic kind of mucilage.

The seeds of Isphagol or Spangur are vitally useful for treatment or medical fields, It is a very good cure for thirst, stimulating the body, heat, fever and control of blood pressure.
It is an ideal medicine for the cure of sore throat, bile, asthma, coughs, and chest pain and tongue diseases. The mucilage is very useful for the cure of mouth wounds. Poultices made from psyllium are good for the treatment of swelling and rest for mumps.