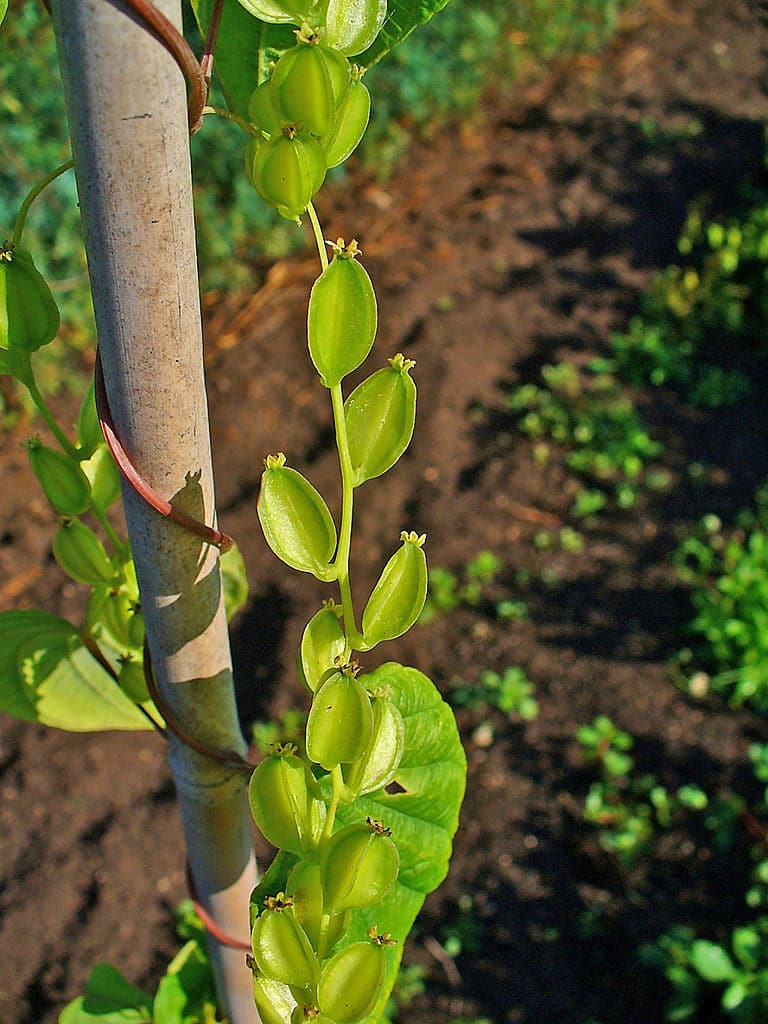 The Dioscorea Villosa plant is a tuberous perennial vine from Dioscoreaceae family. It is one of the species of yam referred to wild yam. There are around 600 species of yam. Most of them are grown for medicinal purposes. Out of 600, only 12 are edible. It is indigenous to the eastern part of North America. It is also found extensively in Ontario, Massachusetts, from north Florida to Minnesota and Texas. There are no evidences but some researchers claim that the dietary supplements, creams and other products made from this plant have human hormones and can treat many dreadful diseases like whooping cough and Crohn’s disease. Though American Cancer Society disagrees, claims still still exist that wild yam can help in cancer prevention.

Dioscorea Villosa also known as Wild Yam or Mexican Yam has a long history of being used as traditional medicines in ancient times. It was mainly used for treating female problems like menstrual cramps, pre-menstrual syndrome and morning sickness in pregnant women. It was believed to be effective for sexual and hormonal problems in the ancient east Indian medicines. Herbalists of 18th and 19th centuries used wild yam for pain during menstrual period and for childbirth problems. Native Americans also used wild yam for treating vomiting, cough and sweating; Some early people used it as an effective treatment for intestinal spasms by which it attained the name, Colic Root. It was used as a raw material in making synthetic contraceptive hormones and cortico-steroids. In Chinese traditional medicine, it was used as a medication for asthma, rheumatism, urinary problems and digestive complaints. Another species called Chinese yam was grown as an ornamental plant in China, which can be now seen in North America.

Wild yam is a twining tuberous shrub. It climbs over the neighboring plants and shrubs. It grows to a height of more than 14 feet. The leaves are long, heart-shaped and grow around 2 to 6 inches in length and 1 to 4 inches in width. It consists of veins that can be seen from the topside of the leaf, gradually moving towards the border in a fan design. The leaves are thin and broad which provides enough space for the process of photosynthesis. The stem is reddish brown in color. The small greenish-yellow flowers are produced in clusters that grow 3 to 6 inches in size. They usually bloom throughout June and July. The root is long, branched, crooked, and woody and runs horizontally beneath the surface of the ground.

Wild yam grows well in well drained and moist soil. It thrives well in sandy to loamy type of soil. It prefers partial to full sun.

Preferable time to sow the seed is in March or April. It should be done in a sunny location or in a green house. Usually, the seeds take 1 to 3 weeks to germinate when the temperature is about 20°c. Before planting the seed, the planting soil should be mixed with perlite in 6:1 ratio in a bucket along with the water to make it moist moderately. Then the soil-perlite mixture should be placed into the pot or the cells of the potting container. The surface of the soil should be even by firming the soil properly. Then place two wild yam seeds about 1/16 inch deep into the soil and spread some soil over the seeds so that the seeds are not completely covered and can get enough sunlight for the process of germination. It should be placed in a sunny location, but should avoid direct sun, especially during the peak hours of the day. Watering is also an essential part in the growth of the plant, water the plant whenever the soil feels dry on the above portion. The seedling should be picked as soon as they are grown. During the first year, the plant should grow in a green house. Transplanting should be done at the end of the spring as it will help with the new growth of the plant. Tubercles can be seen in the axils of the leaves, which can be used to harvest when it grows as big as a pea. It easily comes out of the leaf when it is big enough to harvest. Later, it should be planted out in the beginning of the summer. It also produces many shoots which can also be potted and used for planting.

In tropical areas, wild yam is found in scrub and thorn forest, semi-evergreen forest and rainforest. It can also be found in temperate zone areas like coniferous forests and some mountain regions.

The FDA has not yet approved the medicinal effects or the safety of using wild yams, but still it is believed to have many medicinal values. It is mainly used for problems like menstrual cramps, neuralgia, stomach cramps, soothing nerves, pain from gallstones and rheumatoid arthritis. Women mainly used this herb for health issues like pain related to premenstrual syndrome and menopause by consuming it in the form of a tablet or brewing it as a tea. The powdered form of wild yam is included in the ointments and vaginal creams to apply over the skin. Wild yam consists of antispasmodic properties which help to relieve any sort of cramp like muscular cramp, menstrual cramp, bilious colic, intestinal colic, pain in uterus, ovary and flatulence. It is also effective for nervous problems like sleeplessness, nervousness, restlessness and others.

There is not much evidence or studies that reveal the proper dosage of the wild yam herb. Usually it can be obtained in the form of tablets and tinctures for consumption, which is actually an alcohol. Other than the powdered form, wild yam creams and ointments are available for applying to the skin. It is proved that some dietary supplements made from wild yam contain harmful additives. Hence self prescribing of wild yam is dangerous. It should be used only after seeking an expert advice.

Wild yam is undoubtedly an effective herb for innumerable ailments. But the effectiveness can be completely reversed if the conditions are not suitable. Using herbs can create side-effects. Especially if any person in the family is affected by cancer or hormonal diseases, care should be taken before using these types of herb as the Diosgenin in the wild yam can affect the hormones and lead to the hormonal growth. Hence nursing or pregnant ladies should avoid using the wild yam herb.