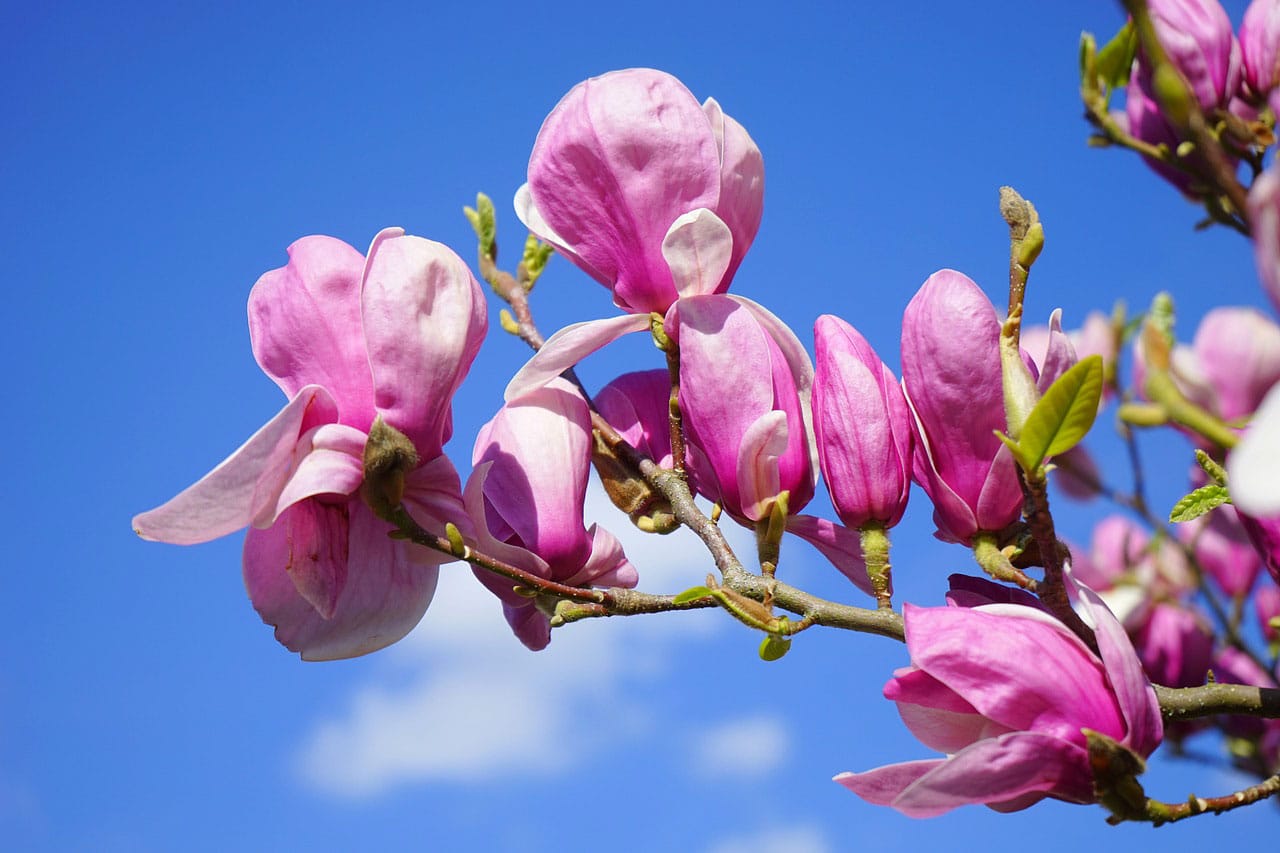 Magnolia is a species of the ancient Magnolioideaen family. They say that these plants existed much before the bees existed. It is a flowering plant genus and has around 210 species. The flowers of this plant undergo pollination by beetles. The carpels of this flower are very hard, so the pollinating beetles cannot damage it. Fossils of Magnoliaceae genus have been found that are around 95 million years old.

The first person to use the name magnolia in Genera was Charles Plumier (16461704) in 1703. He named it to a flowering plant seen in the islands of Martinique. Available documents show that magnolia was cultivated in Asia since the 7th century. Ancient Chinese cultivated many species of magnolia and considered some as a symbol of purity. Some were used for medicinal purposes. This genus has been named after a reputed French Botanist Pierre Magnol (1638-1715), with a view to honor him.

The flowers can be seen in different colors like white, purple or pink. Each flower may measure between 3 to 12 inches and has about 9 to 15 tepals in more than 2 whorls. It has numerous spirally arranged stamens and carpels and it is bisexual in nature. The fruit of magnolia looks like a cone and it opens from one side and develops from one pistil. The development of the embryo is of polygonium type and the pollen of magnolia is monocolpate.

Southern magnolia is indigenous to Oklahoma, Southeastern United States, and east to west Texas, southeast Virginia and in Florida. It can be found nearby water bodies and swamps. It does not prefer to grow in isolation; hence it will be usually seen around Sweetgum (Liquidambar Styraciflua), Black Tupelo (Nyssa Sylvatica) and Water Oak (Quercus Nigra). It is seen as small shrubs near coastal dunes and as big trees in sheltered habitats. It cannot tolerate heat and is less seen in areas that are subjected to extreme heat or burning.

Magnolias prefer moist and well drained soil. It thrives well in slightly acidic, clay, sand or loamy soils. Poorly drained or over wet soil is not preferred by magnolias. Once grown, it can also thrive in dry conditions.

The root ball should be thoroughly soaked and drained before planting. Holes should be dug twice or thrice as big as the root ball to position it properly in the soil. Fertilome Root Stimulator solution should be mixed with water and used during transplantation. The procedure to use the solution should be followed according to the directions on the label.

Magnolia has a very shallow root model. Before watering, moisture content should be checked by examining the soil nearby the root ball. Watering during the planting period is essential. As the plant grows, the frequency of watering should be decreased and the amount of water should be increased.

It is a subtropical shrub and needs an average room temperature of 60 to 70A°F or 16 to 24 °C. This shrub is hardy and can bear the climate of USDA Zone 8. The humidity should be moderate. It can be increased in the surrounding of the plant by placing it over the pebble tray.

The humidity should be moderate. It can be increased in the surrounding of the plant by placing it over the pebble tray.

Some researchers believe that an ingredient called Honokiol in magnolia bark has the medicinal power to treat problems like stress, anxiety and improve sleep. It is also used for diabetes, weight loss, constipation, digestion problem and menopause. Some people apply magnolia flower bud directly to the gums for toothache.

Some researchers believe that an ingredient called Honokiol in magnolia bark has the medicinal power to treat problems like stress, anxiety and improve sleep. It is also used for diabetes, weight loss, constipation, digestion problem and menopause. Some people apply magnolia flower bud directly to the gums for toothache.