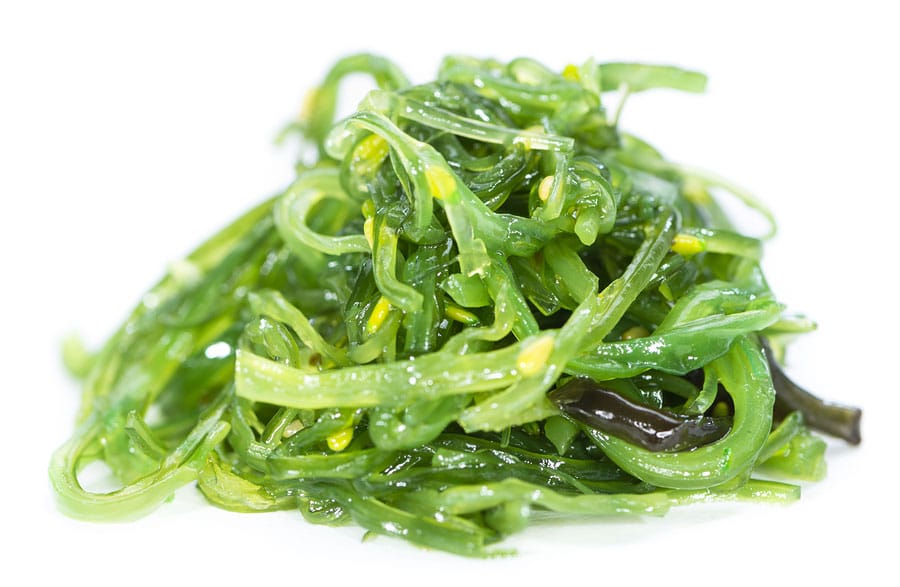 Kelp is known as brown algae. It is also known as marine algae. It is an herb which comes from deep under the sea. It is the best herb for supplementing iodine. It belongs to the seaweed category that intakes minerals and nutrients present in the water. It thrives on sunlight. As compared to chemical synthetics, kelp is better and safe for the body because it is a natural source of iodine. Kelp is rich in magnesium, calcium, iron, potassium and iodine and also in many other minerals. The plant has a high growth rate. With Ecological function and high Biodiversity, it develops dense forests. These forests cover 5800 km area along the Norwegian coast and large numbers of animals are also supported by them. There are around 30 different species belonging to this genus and order Laminariales. The body of this vegetation known as the Thallus compromises of leafy structures referred to as blades. Basically the term kelp was used to refer to the ashes obtained by burning these weeds. The intake of kelp has many health benefits. It is available in the market in the form of tablets and seaweed products used in different food like soups, salads or as a green vegetable. It can also be consumed by brewing tea with it.

From the early 18th and 19th century the word kelp was associated with seaweeds, mainly to do with the Scottish people. In those days, it was collected in large quantities and used in many manufacturing fields like soap making, glass industry and in the formulation of several chemicals. It was substantially used as a fertilizer on Croft land (A kind of small scale farming, exclusive to the Scotts). In its powdered form, Kelp has to be dried up and burned carefully in some pits or what they call kelp trenches. This process resulted in a bluish oily substance which was actually used in the manufacturing sector. It was exported to factories in low-lying areas of Scotland. This was a source of income for the people harvesting kelp. Till 1820s, it is said that kelp harvest and processing was a very profitable job. But after the 1822, the kelp industry collapsed, causing severe hardships to the people doing this job for their livelihood. This led to the migration of natives of Scotland to Northern part of America.

The structure of kelp plant consists of flat or leaf like structure. This structure is known as blades. These blades originated from the elongated stem like structure of the plant kelp. These stem-like structures are the stripes. These stripes are flexible as well as tough. It is a fast growing plant that grows about 3 to 5 inches a day under ideal conditions. The body of this vegetation is called the Thallus and it bears branches. From the anchor to the surface, the kelp plant grows straight. They form a canopy, spreading across the top of the water and the root like structure known as the holdfast clasps the kelp plant towards the ocean bed. This vegetation undergoes a photosynthesis process with the help of blades which possess pneumatocycts. The gas-bladders help the leaves to float on the water and acquire enough sunlight in the process.

Kelp usually vegetates in the cold regions and harsh environments. It is hardy to the unpleasant habitat of the sea. The growth and the formation of kelp depend on the environmental factors such as the temperature, nutrient presence in the ambience, cold and warm ocean currents and storms. It needs clean and undisturbed places under the sea for its initial growth period, especially a place with enough sunlight and clear water with cool and mild temperature. The giant kelp requires a strong base and a nutrient rich soil to thrive. Kelp grows in Alaska, from Canada to the Pacific coast and in the waters of Baja California. With high production, ecological functions and biodiversity, the kelp plants develop a dense forest. Large open farms of the kelp plant serve as a good source of renewable energy. In the Japanese, Korean and Chinese cuisines, the pacific species of kelp plant are an important ingredient.

A kelp plant thrives in a soil which is rich in nutrients. Under the oceans and seas the soil is well drained and rich in minerals. Kelp is itself a soil conditioner. Throughout the world, it is the most valuable conditioner of soil.

The growth of kelp plant occurs at the base of the Meristem. At the Meristem, the stripe and blades meet. The life cycle of this plant involves haploid gametophyte and diploid saprophyte. During the haploid gametophyte stage, the spores shed from the parent Thallus germinate and form either a male or a female gametophyte. The diploid saprophyte stage starts when the male or female Gametophyte indulges in the sexual reproduction and matures into a new kelp plant.

Kelp plant grows in shallow cold water. It is an aquatic plant. It takes essential nutrients from the water.

The Kelp plant requires water, which is rich in nutrients and temperature of about 6 to 14 degree C.

These plants are harvested for food and as a source of Algin. Around the world, it is harvested in rocky ocean shores. The Kelp plant is easy to harvest because they have surface canopy.

The Kelp plant is resistant to pests and diseases and also to nematodes.

Kelp is helpful in the treatment of cold and flu. It has a high level of iodine, which regulates the thyroid hormones as a result of which; it is used in the treatment of thyroid problems. It also helps to prevent Estrogen related cancer. It has anti inflammatory and anti oxidant benefits. These antioxidants can protect, fight against the free radicals. Kelp helps in lowering the cholesterol level and in increasing the immunity system of the body. It helps in the prevention of cancer and many other diseases also. The ash of the kelp plant is rich in alkali and iodine. It also plays an important role in keeping intact the ecosystem. Many mammals, fish and animals are seen in the big Kelp forest. During the storm or other natural occurrences, these living beings find protection under the huge kelp forests. Birds and other mammals find shelter in the kelp forest because it has the ability to slow down the storms and the strong wave currents. Some sea animals like the California sea lions, whales and sea otters are seen feeding on this vegetation. Some find a place to hide from their predators in the kelp forest. From the anchor to the top of the kelp vegetation, around thousands of living organisms like Decapods, Ophiuroids, Polychaetes and Amphipods find their living habitat.