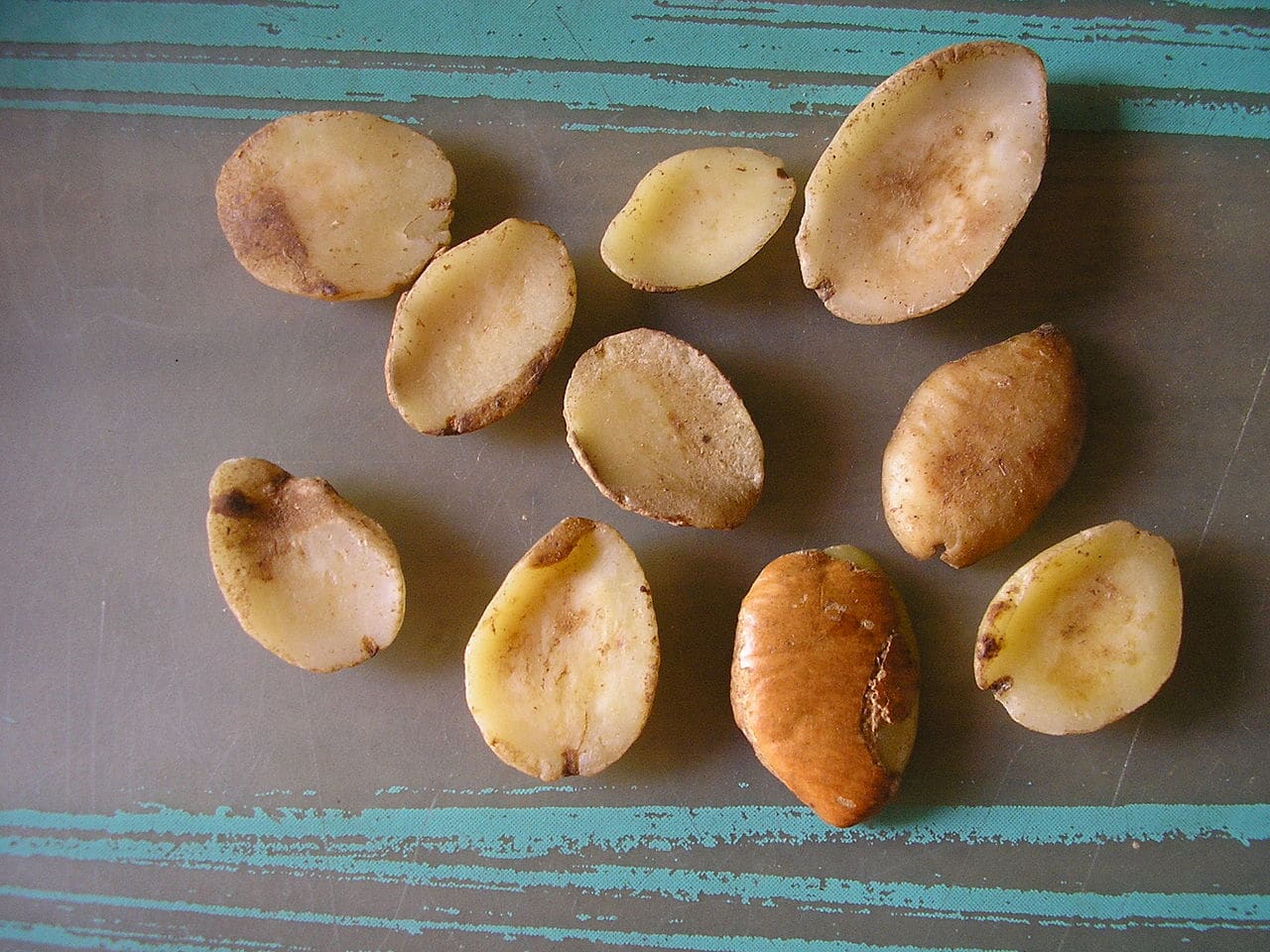 The Irving Gabonenesis plant is also known as wild mango, African mango, Dika, Ogbono and Bush Mango. The fruit of Irvingia Gabonensis is similar to any mango fruit used for food and valued for protein and fat rich nuts. Its wood is very hard and used in the work of heavy construction, construction and the railway. They are also planted to control/reduce erosion. As a young plant it grows very slowly, but later it has a moderately fast growth. This plant is also planted on farms to provide shade to cocoa and coffee plants. Cameroon is its main exporter. In Nigeria a 12 year old tree yields approximately 1000 fruits. Belonging to the genus of trees grown in Southeast Asian and African parts, it is a member of the Irvingiaceae family. It is believed to have originated from the South east part of Asia and from African regions. It is named after Edward George Irving, who was a Royal Navy surgeon.

For hundreds of years the extract of the seed of the Irvengia Gabonensis plant is used for the medicinal purpose. It is claimed that the cultivation of Irvingia Gabonensis has started since 1816 in Nigeria. For centuries the tribesman of the village of Cameroon and Nigeria has been using the seeds of this plant for its health benefits. The seeds emerged as the exotic, colorful fruit was known as Dika nut in the Cameroon. It was an important ingredient in the diet of the African people. Comprising of essential nutrients like fat and protein, it was included in foodstuffs like stews and soups. It was used to thicken some foodstuffs like soups by adding the paste of grounded seeds. The one made with this exotic seed is named as Ogbono soup and can be seen in the menu list of most restaurants in Nigeria. A wide variety of health ailments were cured using this herb. All parts of this herb like bark, leaves, seed flesh or kernels and roots were utilized in therapeutic purposes. The bark of this tree contributed antibiotic properties and hence it was very effective for treating skin bruises. The boiled bark was used to cure toothaches. The outer portion of stem bark was ingested orally for treating dysentery, jaundice and hernia. Ancient wines and liquors included the fruit juice of this herb, which was left to ferment for 28 days to obtain the alcohol content from it. As a managed crop this plant has no history.

Irvingia Gabonensis plant grows around 10 to 15 years before they bloom and start to produce fruits. It grows straight up to 40 meters in height. The outer bark of this plant is smooth and scaly. This bark is gray to yellow gray in color. Its crown is dense, spherical and evergreen. The leaves of the plant are elliptic, acuminate and glossy on the upside and dark green in color. Its flowers are bisexual. They are yellow to greenish white in color in small panicles and usually bloom in the months of February and March and followed by the fruiting season. The fruit of this plant is spherical in shape and they have bright orange pulp when ripe. It is a very juicy fruit just like the mango available in the market, but the two species are in no way related to each other.

The Irvingia Gabonensis plant is native to West Africa. It is planted in the Southern Cameroon and South Western Nigeria and also in Ghana, Benin and Togo. In many cities it is planted in shelter belts as street shade trees. It is also planted for beautification. It is found in the tropical evergreen forests and semi deciduous forests. This plant has two seasons for fruiting i.e. April to July and from September to October. Its seeds are dispersed by Gorillas and Elephants. Its kernels of fruit called Dika nuts.

The Irvingia Gabonensis plant is native to West Africa. It is planted in the Southern Cameroon and South Western Nigeria and also in Ghana, Benin and Togo. In many cities it is planted in shelter belts as street shade trees. It is also planted for beautification. It is found in the tropical evergreen forests and semi deciduous forests. This plant has two seasons for fruiting i.e. April to July and from September to October. Its seeds are dispersed by Gorillas and Elephants. Its kernels of fruit called Dika nuts.

Irvingia Gabonensis can be propagated by direct seeding or by other vegetative methods like cutting, planting or budding. This plant can take 10 to 15 years to grow. If it is planted from seeds, then its germination is very slow and sometimes they even fail to germinate. The germination process may take around 3 to 4 weeks time.

The Irvingia Gabonenesis plants require regular watering to retain moisture. They grow well in moist areas, so water is necessary for them. It prefers a rainfall around 1250 to 2500 mm but can also propagate in dry conditions.

The Irvingia Gabonenesis plant prefers moist lowland tropical forests which are below 1000m altitude and the annual rainfall is 1500 to 3000 mm. They prefer the mean annual temperature of 25 to 32 degree C.

The Irvingia Gabonenesis plant does not require chemical fertilizers. For good growth it requires water, nutrients and sunlight.

The fruits of this plant are gathered from the ground from near each tree. When the tree is not tall it is harvested by the climbing. Its seeds are also harvested from fresh fruits.

The Irvingia is infected with Phytophthora Root Rot, Root Knot Nematode, Caterpillars feeding on barks and pests stored inside the nuts. . Its seeds are also infected by the Merchant Grain Beetle.These problems can be easily managed with the use of insecticides and pesticides. Proper crop management will also help to get rid of the obstacles in growing Irvingia trees

The locals make use of each and every part of the plant. The fruit of irvingia gabonensis is very useful. It is used in the making of jams, jellies, wine and juice. It is also eaten fresh. It is used to make cakes. Its pulp is also used to make black dye. Its bark has an antibiotic property which is used to treat skin problems and tooth aches. Its seeds are ground into a paste and used to thicken soups. Oil can also be extracted from its seeds that can be used for cooking purposes. Its dead branches are also useful. They are used in the firewood. This plant is used in the treatment of diarrhea and diabetes. It is clinically proven that use of these seeds will help in overall health improvement, enhance metabolism and reduce body fat. The extract of its bark is used to treat yellow fever and hernia. Its fruit kernels contain oil, which is used in making soaps and pharmaceuticals. It is also helpful in weight reduction. The leaf poultice is used to apply on the skin or the leaves are used as cattle fodder. In short, no part of the tree is wasted.