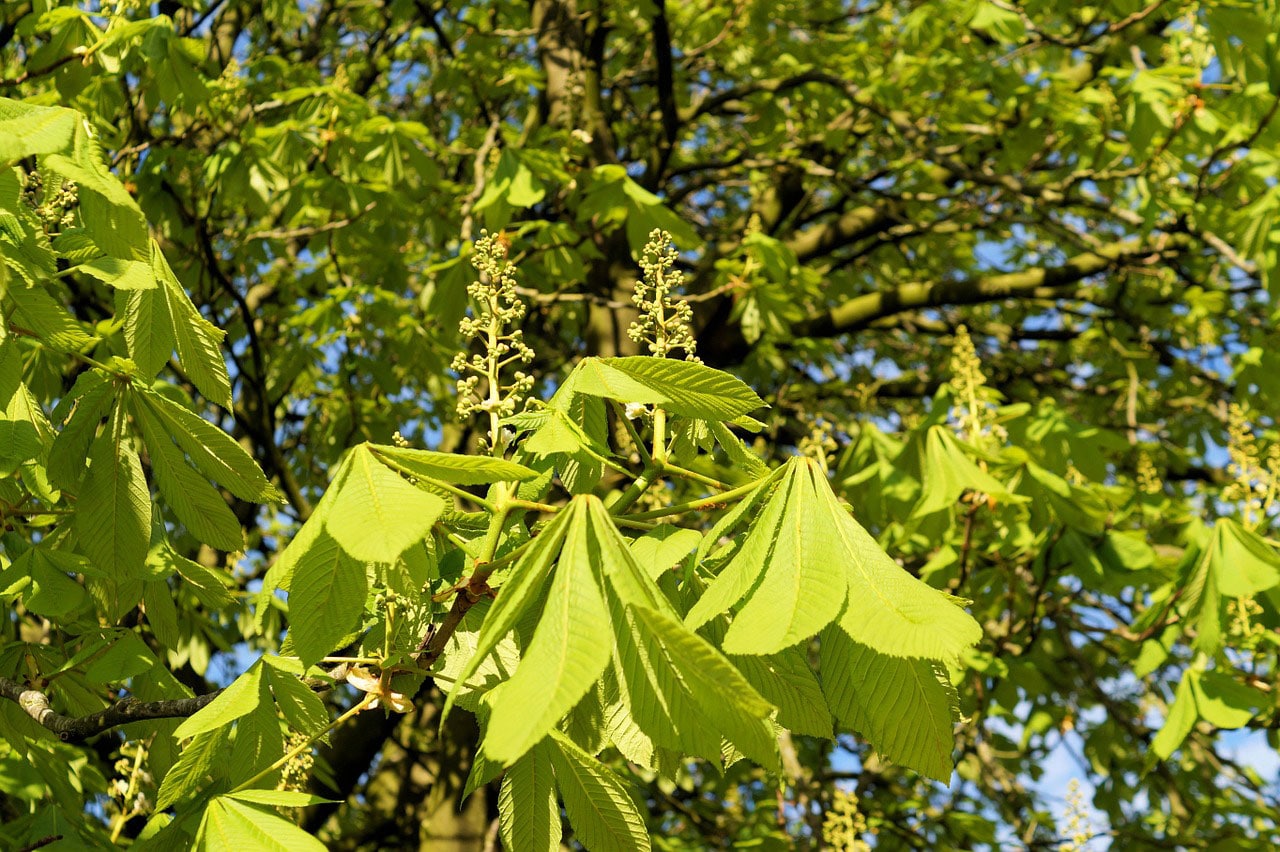 Horse chestnut, also known as the Canker Tree, is a deciduous and Synoecious (having both male and female on the same plant) tree. Throughout the temperate world, it is widely cultivated along, the parks and the streets. It has been successful in the United Kingdom, where it is found along the banks of rivers. It is a traditional remedy for leg vein health. It has antioxidant properties. Its leaves, bark and seeds are its useful parts and they are used to make medicines. It also contains a significant amount of poison. If it is eaten raw it may cause death. This plant can grow 100 feet tall and 50 feet wide.

In the early 1980s Horse Chestnut was used commercially in Germany. The nuts of the horse chestnut were fed to horses. Its common name came from Turkey. For centuries it has been used in traditional medicines and a variety of commercial applications. Its bark is used to make a yellow dye and its wood is used for furniture and packing cases.

The seeds produced by the horse chestnut tree are used as a dietary supplement extract. This seed extract is a rich source of nutrients called ezine that is a biologically active compound with anti-inflammatory properties. The leaves of horse chestnut plants are palmately compound, and its flowers have erect clusters in the shape of an inverted cone.

The Seeds of the horse chestnut plant have to be sown outdoors in cold frames. The seeds germinate rapidly. Planting of horse chestnut is not a very difficult job it is very easy. It makes an addition to the landscape.

The horse chestnut plant requires watering regularly because it needs moisture. It prefers a colder climate and full sunlight. It does not give the best results in warmer areas.

The horse chestnut plant requires mild temperature and wet weather. To dry the nuts of the plant it requires 95 to 105 degree Fahrenheit.

The plant requires care. They do not tolerate excessively dry conditions. For caring mulching is ideal to maintain moisture in the soil.

The nuts of the seeds of horse chestnut fall from the plant when they mature. This type of harvesting does not require any tools or equipments. The nuts of the chestnut plant falls automatically.

Leaf Miner is an exotic pest of the horse chestnut plant. It destroys the tissues of the leaf and can cause severe damage to the leaves of the plant. Leaf blotch disease is caused by the fungus by which the leaves turn brown in color and shrivel.