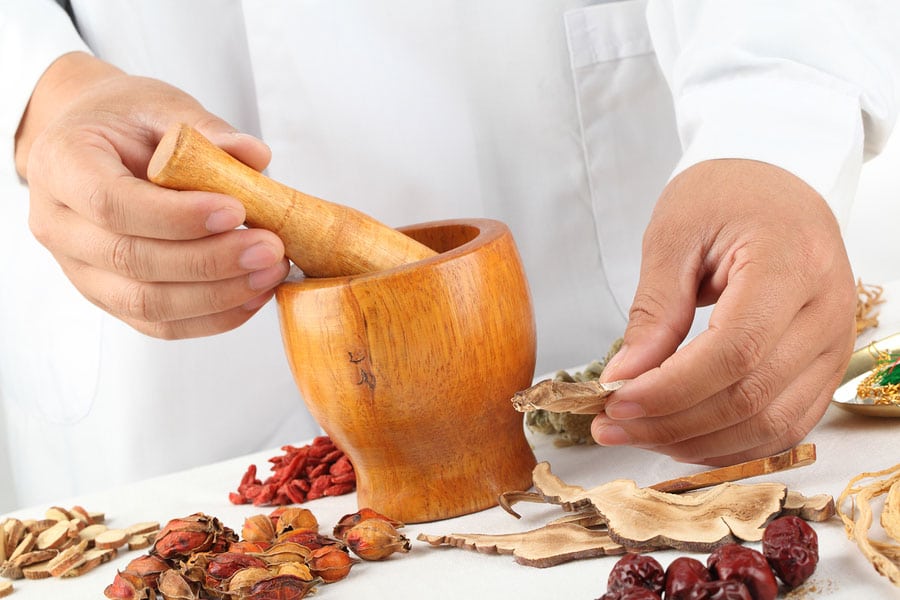 Herbalists love all kinds of herbs, the reason being they have very few side effects due to a very effective balance of natural ingredients. The pharmaceutical companies try to create a pure brand by isolating chemicals, obtain a patent, and derive huge profits for their effort. One cannot patent herbs because herbs contain scores of some essential natural chemical as part of their makeup.. One cannot understand the action of these chemicals, but it is a fact that they contribute to the herbal structure to produce amazing results. Some of the chemicals have the synergistic effect of the chemicals, sometimes positively activating with the other ingredients, whereas some tend to modify the effect by reducing the side effects.

Right from the time medicines were introduced, the history of Herbalism is known to the world. Starting from the prehistoric era, Herbalism has continued to exist into the modern era. Though most of the herbal treatments have been replaced by the modern chemical and pharmaceutical drugs, many people still continue the use old traditional medicines. Most of the modern systems, however, have a component that is herbal. The herbs have a significant deal with the food history also; many of the herbs are used as a seasoning of the food, while others are used in the brewing of alcoholic and non alcoholic beverages.. During the time of the ancient Egypt, the Egyptians had written the Ebers papyrus around 1500 BC. This book contains all the information on over 850 species of plants. The information includes all types of medicinal plants that include Garlic, Cannabis, Castor, Aloe Vera, Beans and the like. Even before 4000 BC, the art of Ayurveda was practiced in India. Turmeric was used in India as an herbal medicine even before early ages. The Rig Veda and the Atharvaveda are some of the writings of India that gives us knowledge about the ancient Indian medicinal history.

Some of these plants are used as medicinal herbs that, when compounded with a wide variety of chemicals, are useful for treating an array of biological conditions, and help to defend against any attack of insects, fungi and some of the herbivorous mammals. The fact is that, long term use of the phytochemicals has a positive effect on the health, allowing them to be used to treat several precarious health conditions and diverse human diseases. Aloe Vera The leaves of aloe Vera are widely used in the healing of wounds; burns and also for the skin ailments. Aloe Vera is very useful in the treatment of many diseases.Asoka that is scientifically known as Saraca Indica is used traditionally for the treatment of disorders related to gynecology. The bark of the Asoka tree is used for the treatment of swelling.Astragalus is an herbal tree that has been used since the time of the ancient Chinese medicine to strengthen the immune system. In the modern times this herb is used for the effective treatment of cancer as well as for hepatitis.Dandelion is a very famous herb that has been used since long for the effective treatment of spleen diseases, kidney disorders as well as liver diseases.The capsicum chilis active agent is Capsaicine used in western countries for the treatment of pain and they are used as a common ingredient in pain-relief ointments. The action of the capsaicine can reduce the risk of heart attack. They help us in the dissolving of blood clots. Eucalyptus; the leaves of the eucalyptus are very widely used as febrifuge in the traditional medicines. The eucalyptus oil is very widely used as an effective treatment for analgesic conditions and also treating cold, cough and all the symptoms of a cold. Cassia occidentalis is used in a lot of traditional medicines. They are used for both external and internal antimicrobial prevention. They are used as an effective medicine for any disorders related to the liver. They are also used for treating internal worms and any parasites and help in the stimulation of your immune system. Vaccinium Myrtillus is an effective medicinal herb used for the treatment for scurvy, diarrhea and many other conditions. Garlic is mostly used as an antibiotic and they are also used as an effective medicine for the treatment of cardiac issues.

The herbalist of the Chinese deals along with the integrated system of their primary health care. The health care is known as the traditional Chinese medicine. The TCM or the traditional Chinese medicine has got an uninterrupted history in the, dating back to thousands of years in China as well as other parts of East Asia. To understand the normal functioning and the disease processes, and to focuses to prevent the illnesses, Chinese medicine has taken a holistic approach in all the treatments. Every disease shows its own symptoms and signs and they differ from one person to another. For example, in people with similar health condition like insomnia and fatigue, symptoms like loss of appetite, common disorders in the digestive system, diarrhea, constipation, headaches, irritable bowel syndrome, fluid retention, skin disorder, depression, allergies, stress, rheumatoid, anxiety, osteoarthritis, impotence, prostate disorder, menstrual disorders, prostate disorders, menopause disorders are a common phenomenon. All these medical conditions were provided different herbal treatments.

Herbal medicines have their own advantage and disadvantages. So make sure you understand them from a specialized Herbalist or a naturopath. The modern medical officials criticize the herbal medicines, but the fact is that many of the modern medicines are derived from sources of plants. The willow bark was the source from which the scientists derived the medicine, aspirin. When we approach an herbalist for headache or other pain, he will prescribe white willow. Foxglove flowers are the base of the medicine called Digitals which are used for heart diseases. It is, therefore, very important to understand the advantages and disadvantages of herbal medicines.

Reduced Risk of Side Effects

Another advantage of the herbal medicines is that they are very easily available. They do not need any prescriptions and they can be grown at your house also.