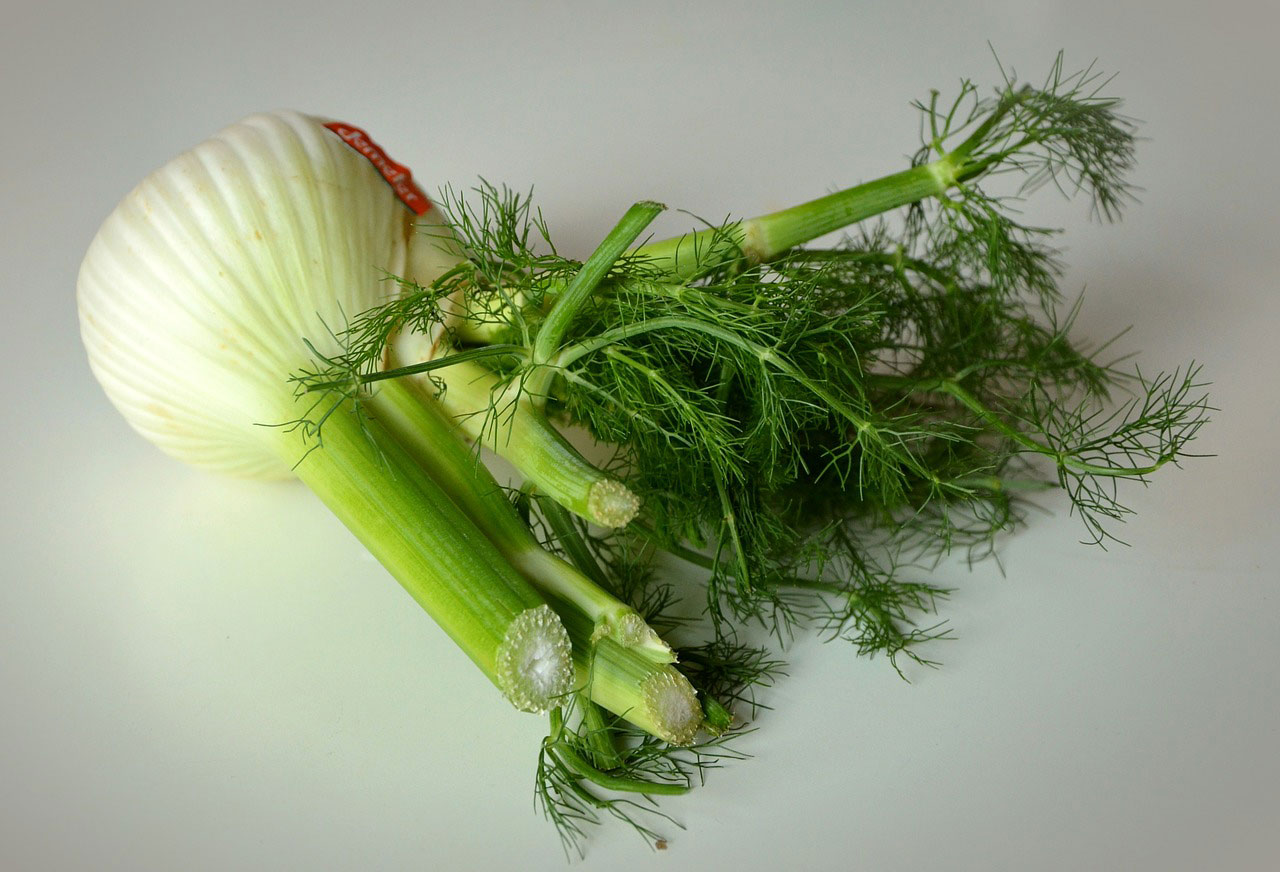 Fennel is a perennial herb which is from the Celery Family called Apiaceae (Umbelliferae). This flowering plant is the only species in the Foeniculum genus. The botanical name of this plant is Foeniculum vulgare. It is native to the Mediterranean region. It has feathery leaves and yellow flowers. It can be seen in places like riverbanks or sea-coasts in dry soils. Fennel is an herb with a distinct aroma and delicious flavor. It is useful in medicinal as well as culinary purposes. In olden times, it was used as a home remedy for several ailments. Most of the parts of the fennel plant are used for culinary purposes. The tall stalk of fennel resembles celery and is edible, and can be used as a vegetable, whereas the leaves and the seeds are used as a flavoring agent.

Ever since ancient times, fennel has enjoyed a rich history. Its esteemed importance can be seen even in the mythological tradition of those times. In Greek myth, it was considered that the Fennel seed was closely related to Dionysus, the Greek god of food and wine. It was also believed that fennel stalks are the medium that carried the knowledge from the God Almighty to human beings. It was used by ancient Egyptians as food and medicine. In the late 19th century, an alcoholic drink made from Florence fennel, which first emerged as a medicinal elixir became popular in France and other countries. It was also cultivated by the Romans as they believed that fennel seeds helped them to stay strong. They had a myth that serpents absorbed the juice of this plant and gained improved eyesight. Hence it was recommended for dimness of human vision. It was also believed that fennel seeds have the ability to stave off hunger, ultimately leading to weight loss. It is called as marathon in ancient Greek language which means “grow thin”. Hence it was used during Lents (religious observance) and fasts to suppress the hunger. In Marathon town, the place where the famous battle between the Persians and the Athenians was fought, was called place of fennel. It is said that the Athenians used fennel stems fabric as an emblem of their victory.

Fennel is a beautiful, perennial plant. It has a thick root and stout stem. The plant is straight and, Glaucous green in color. It grows around 2.5 m in length. The leaves are vivid green and feathery in appearance and can grow around 40 cm in length and 0.5 mm in width. The leaves are arranged in a threadlike or in Filiform (filament-like).The flowers are very attractive and bright yellow in color. It is produced in an umbrella shaped cluster. They are called umbels. Each terminal compound umbel contains 20 to 50 tiny flowers. They grow about 5 to 15 cm in width on short flower stalks. The fruit is very aromatic and used as a spice. It grows from 4 to 10 mm long. Fennel is a hardy, flowering and Umbelliferous herb, which has feathery leaves and bright yellow flowers. It is believed to originate from Mediterranean shores and from there it expanded towards east and reached India. It grows wild in most temperate areas of Europe. It was also found immensely during human civilization, especially during the Italian colonization in dry soil areas like river banks or sea-coasts. It has become very common along roadsides, in pastures and other open areas of the United States, Canada, Asia, Europe and Australia. In western parts of North America, it can be found extensively in hilly and coastal regions except desert areas.

Fennel herb should be cultivated in well drained and loose soil. It doesnt need much fertile soil. It will equally thrive in ordinary soil, but enriching soil with enough amount of compost will be good. The soil should be moist during the germinating period. The pH level of the soil should be 6.0  7.5 for the fennel to thrive well.

Being a perennial herb, Fennel is preferred to be planted after the winters final frost. Soil temperatures between 50° F and 70° F will help the seeds to germinate soon. The plant will mature only by 100 days.

Fennel roots grow deep into the soil; hence it is best to sow it in a ground rather than a pot. Transplanting can be done only after the plant is large enough; hence transplanting fennel seeds are not recommended. Add a general purpose fertilizer or mulch to enrich the soil, if needed. Seeds should be placed about 1 inch deep into the soil and 10 to 12 inches away from each other. Rows must have 3 feet distance from one another. It should be regularly watered till the seeds germinate. Seeds can also be planted without gaps and later thinned to a similar distance after the plants grow. Providing mulch for about 4 inches over the plant is a good idea for winter protection. Evergreen boughs, tree leaves or straws can be used as mulch. Care should be taken to plant fennel away from other plants or it will lead to cross-pollination.

Fennel plant needs regular watering once a week during normal climate and twice during dry climates. During the germination period, water should be applied with a light spray nozzle till the shoots appear. Soil should be moist but there should be enough drainage. Water logging can lead to root rot disease. Allow the soil to nearly dry between two watering.

Fennel plant needs regular watering once a week during normal climate and twice during dry climates. During the germination period, water should be applied with a light spray nozzle till the shoots appear. Soil should be moist but there should be enough drainage. Water logging can lead to root rot disease. Allow the soil to nearly dry between two watering.

Fennel plant should be trimmed accordingly to make it bushier. If it has too weak and long stems, then it should be staked. Sometimes deadheading will be needed to stop continuous recording. Flowers should not be cut before fading as they attract useful insects and its leaves are favorite to the Caterpillars of Swallowtail Butterflies. After the severe cold climate, the plants can be cropped well to maintain its growth.

Pests and diseases do not attack fennel much, but sometimes, insects, whiteflies and aphids can target this herb. Fennel can be protected from these insects by using hose blaster or insecticidal spray. Always allow the leaves to dry the whole day by rinsing in the morning time, to keep away the risk of molding.