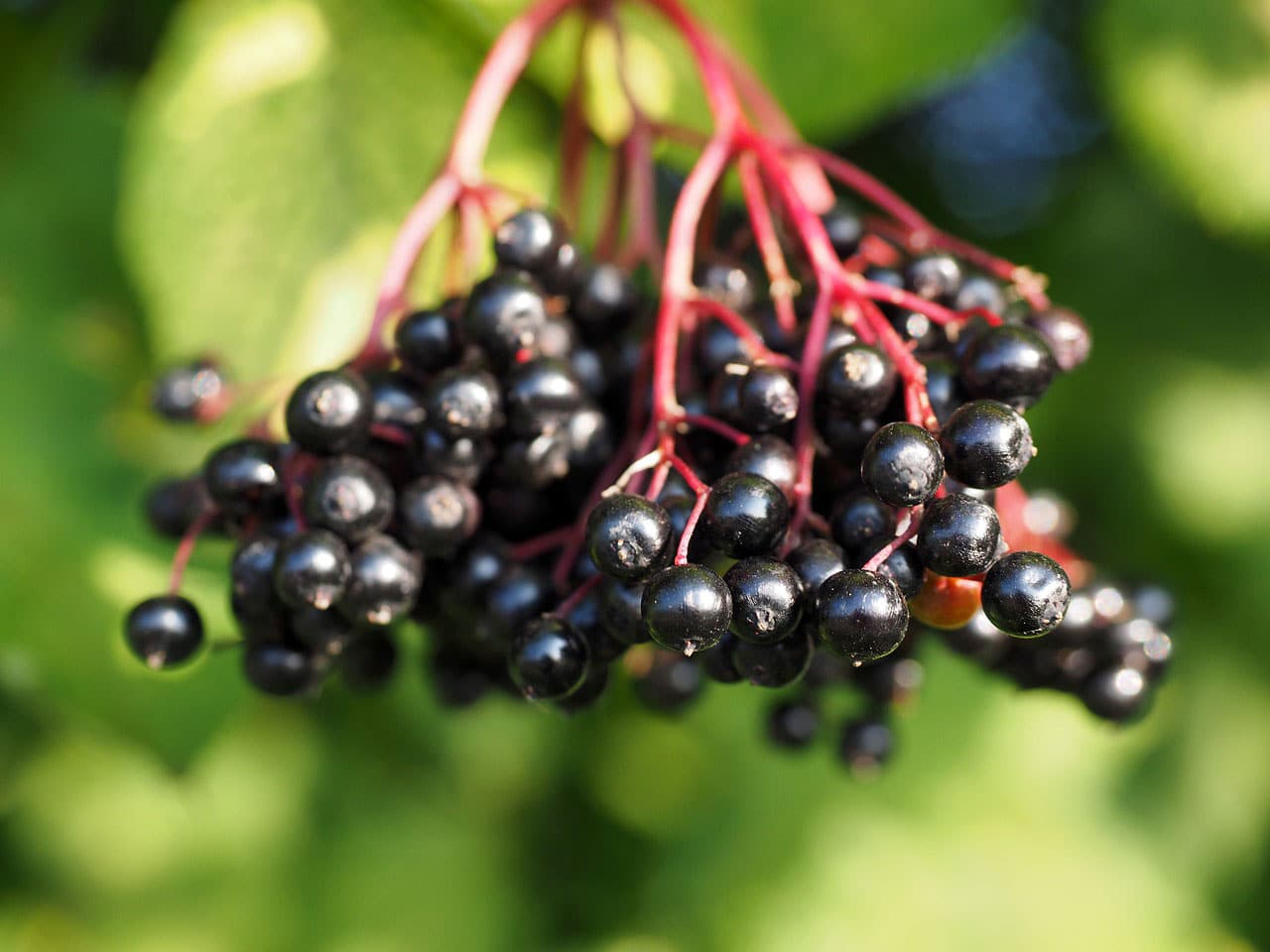 Sambucus, botanically named Elderberry or elder belongs to the genus of the group called Adoxaceae. It is a flowering plant. Earlier it was grouped in the honeysuckle group, called Caprifoliaceae. Because of its genetic proof, it was further classified. It comprises of 5 to 30 varieties of deciduous shrubs and herbaceous plants that are perennial and small trees.

Elderberry (Sambucus Nigra) is found all over the world in subtropical and temperate regions. It is found in larger areas in the Northern Hemisphere. In the southern hemisphere, it is found only in certain regions of South America and Australia. A great number of them are grown in enormous quantities just for their ornamental flowers, leaves and fruits.

Elder is perhaps the translation of the word Aeld originated from the Anglo-Saxon, which means fire. Ellhorn is another traditional name for Elder, which is a clue of the use of its hollowed branches for a furnace. Ancient names such as Hylder, Holler, the German word Hollander and Hyllantree all correspond to the prehistoric vegetation Goddess, Hylde Moer, because she was famous in Denmark. There was a time when the Elder-tree was referred to as sacred to this vegetation Goddess; further the gift of the tree was considered the blessings of the Goddess. Researchers have discovered the proof that the pre-historic man used to harvest black Elderberry in Switzerland and Italy. Records also prove that Elderberry was used in Ancient Egypt for the preparation of medication. It was assumed to have healing power for a wide variety of ailments. Hippocrates, who was known as the father of medicine in the ancient Greek times, had described this plant as his medicine chest.

Elder berry is a small deciduous tree or shrub that grows to a height of 6m (20ft.) and of moderate width, (occasionally it grows to heights of 10m). The color of the bark is dull gray, soft and corky externally. In the course of time the outer bark develops furrows along its length. The leaves of length 10 to 30 cm in length are oriented in pairs opposite to each other, with leaflets of 5 to 7 (occasionally 9 in number). The leaflets are 5 to 12 cm in length and 3 to 5 cm in breath, having serrated margins. This plant blooms in early summer or late spring with tiny, branched, beautiful, white lacy flowers that are usually grown in clusters. The juicy, tiny, spherical, purple-black seedy berries can be seen in clusters just like the flowers. Both the flowers and the fruit are used in making juice, jams, extracts and pies.

The resident Elderberry botanically named Sambucus Canadensis, is very often found all over Illinois. It is endemic to half of the Eastern regions of the United States and nearby provinces of South Canada. The elderberry is a native of moist meadows in woodlands, river-bottom prairies, woodland borders, and disturbed exposed woodlands, and ditches, banks of streams, thickets and gravelly seeps.

The Elderberries are a perennially yielding crop; therefore prior to initiating planting, adequate preparation of the soil is required. The site of planting is decided based on the testing of the amount of nutrients present in the soil. In case the soil is short of fertility or if it is sandy, then, before planting, in order to provide the soil with nutrients or to enhance the retention of moisture, supplement it with organic matter like peat or manure. Adequately drain and cultivate the soil before planting. The most preferred soil condition for Elderberry is well drained loamy soil.

The weather should be normally temperate and warm. The average temperature is 9.6° C. Approximately, and it would do well with about 2100 mm of rainfall every year.

Ensure that the Elderberry plants are free from ailment. Take care not to dehydrate the roots prior to planting, even though elderberries tolerate inappropriate circumstances. It can adjust with poor soil and wet soil, but not drought conditions. It is believed that every elderberry plant bears fruit on its own to a certain extent. In order to increase the production of fruit, cross-pollinate them by planting a pair or more cultivars in the nearby vicinity. While planting Elderberry, care should be taken to plant at a space of 1m apart in a row. Also the rows should have a space of 4 to 5m between each other. There is no need to plant it too deep as it has shallow roots. Make sure to plant the Elderberry in the early spring. After planting, pour sufficient water to give it a good start.

On completion of your Elderberry planting, you should make it a point to cultivate it sometimes, but never meddle with the roots. Provide mulch where weeds are likely to grow and discard the weeds, if any.

While cultivating Elderberries, bear in mind that the bushes need 25 mm water every week. Hence, during the summer, in case you notice the shortage of rains, take care to water them frequently. Fertilizers should be provided whenever needed. You can also make use of mulch wherever the weeds grow. Pluck the weeds that still continue to grow near the Elderberry.

Do not prune the widely growing Elderberries for the first two years. After that, the plant can be trimmed in the early spring thus helping it to grow bushier and thereby producing more berries.

Previously it was said that elderberry had medicinal uses. You can try to make a tasty and beautiful jelly with the Elderberry that are somewhat bitter berries of purple color, which had. Add a handful tom an apple pie, and enjoy the beautiful color and a pleasantly pungent flavor. A good lot of people enjoy the Elderberry wine. It is believed to have medicinal powers. It was listed in the CRC Handbook of Medicinal Herbs in the early 1985 and in the 2000 Mosby’s Nursing Drug as a reference for cold, flu, nasal and chest congestion, hay fever and yeast infection. It is claimed that it helps to stimulate the bodys immune system and thereby providing relief to cancer and AIDS patients. It also consists of anti-oxidant properties, thereby helping to lower the cholesterol levels, improve heart health, improve vision, helps in weight loss, etc. There are certain things in Elderberry like amino acids, tannin, carotenoids, organic pigments, Viburnic acid Flavonoids, sugar, Rutin, Vitaman A and B and a large amount of vitamin C. They are also believed to be mildly laxative, a diuretic, and diaphoretic. Flavonoids, including Quercetin are the main reason for the therapeutic actions of the elderberry flowers and berries. According to many test tube studies, these Flavonoids consist of Anthocyanins which act as powerful antioxidants and protect cell damage

Elderberry is attacked mainly by birds.. They consume the fruits; they are a danger to tender plants. The various measures of controlling them are distress calls, noise cannons and timely harvesting of ripened fruits, however netting is the main solution.

One of the very dangerous ailments is Tomato Ringspot, which affects the Elderberries. This disease spreads through the transfer of pollen and of nematodes. This virus is also carried by the dandelions and a few other weeds. The result of this is a decrease in production, weakness of the plant and ultimately the plant dies.