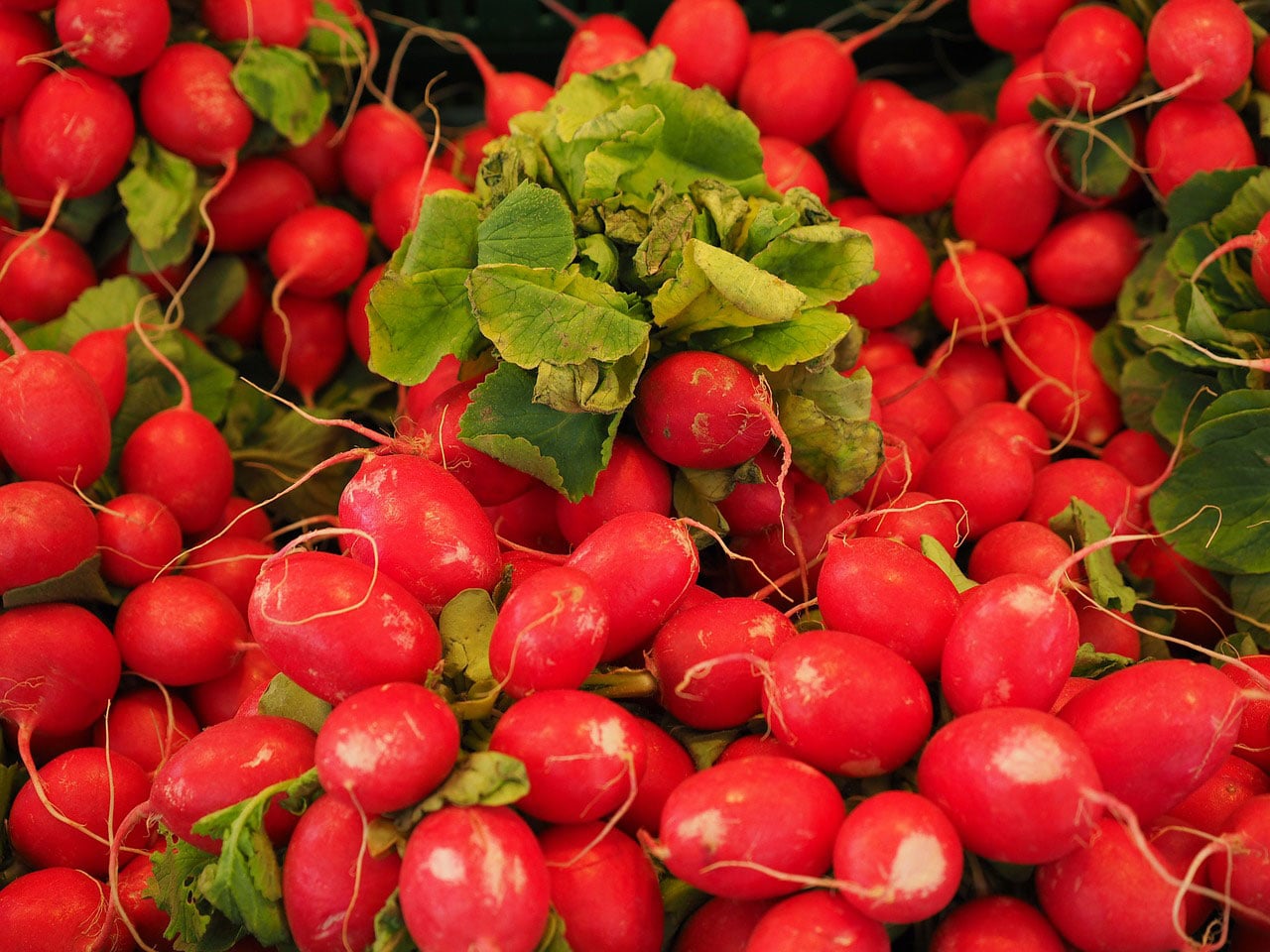 Radish comes from the mustard family. Its botanical name Raphanus, a genus of the Brassicaceae family, is reportedly derived from an expression meaning ‘easily reared,’ which is quite appropriate if we take into consideration the wide adaptability of this plant, coupled with the small time it needs to mature after sowing. Since long it has been under cultivation, and written documents are available to prove its popularity in Egypt during the period of the Pharaohs.

From the cookery perspective, “Daikon Radish” (Japanese name) or Daikon, is the most usual name in English. Hindi and Urdu speaking countries of Asia call it as ‘Mooli.’ The other names in British English include Oriental Radish, Long White Radish, Winter Radish and White Radish.

The most frequent assortment in Japan comes in the form of a lengthened root, resembling a white carrot of 20-35 cm long, with a diameter of 5-10 cm. Most Indian and Chinese varieties are quite similar.

Though initially it was known to have been cultivated in the Mediterranean, its cultivation soon spread to the east. It has traditionally been grown in most countries of Asia. These days it is cultivated widely in countries like China, India, Korea and Japan. The health benefits it offers has led to its cultivation in California and Texas.

Radish should be planted in loose soil that gets drained fast and contains mature compost. Ideally, the pH value of its soil should be from 5.8 to 6.8. The soil needs to be well tilled, free of all obstructions like branches and rocks that could restrict its growth.

Scatter radish seeds at a depth of one inch, separated by two inches, in a freshly made garden bed. You may do well to follow the instructions contained on the packaging. Once seedlings are about two inches in height, they should be set apart by a distance of nearly six inches. If you like to have successive crops, plant seeds every fortnight and keep the rows two feet apart.

The plant needs to be watered regularly when the weather is dry. Try keeping the soil moist without over watering. As the soil dries near the top, water the plants thoroughly. Yet, do not allow the soil to become soggy as it can cause its roots to rot.

Apart from making pickles, the Daikon is mainly utilized in the cuisines of Asia and customary Chinese medicines. Consumption of a broth prepared by boiling the daikon root along with seaweed is helpful in eliminating animal toxins and dairy buildup from the body. Tea prepared from this vegetable is frequently used to help digestion, and for treating diarrhea and constipation. Traditionally, the Japanese, at the end of their meal, take two pieces of sun dried pickled daikon root. It helps digestion and keeps the body clean. Some may prefer the juice of the Daikon root.

Since they belong to the family of crucifers, radishes are prone to be attacked by pests that attack cauliflowers and cabbages. The most usual pests are aphids, diamond back moth and butterfly. Other pests attacking Crucifers may cause damage occasionally.Since the period of their growth is small, very few diseases can cause financial loss on cultivating radishes. Black rot is the most significant of these. Its cause is a soil-borne fungus. Dark uneven patches grow on the root of the plant and finally blacken the whole root. Cultivars with long roots could be attacked harshly.