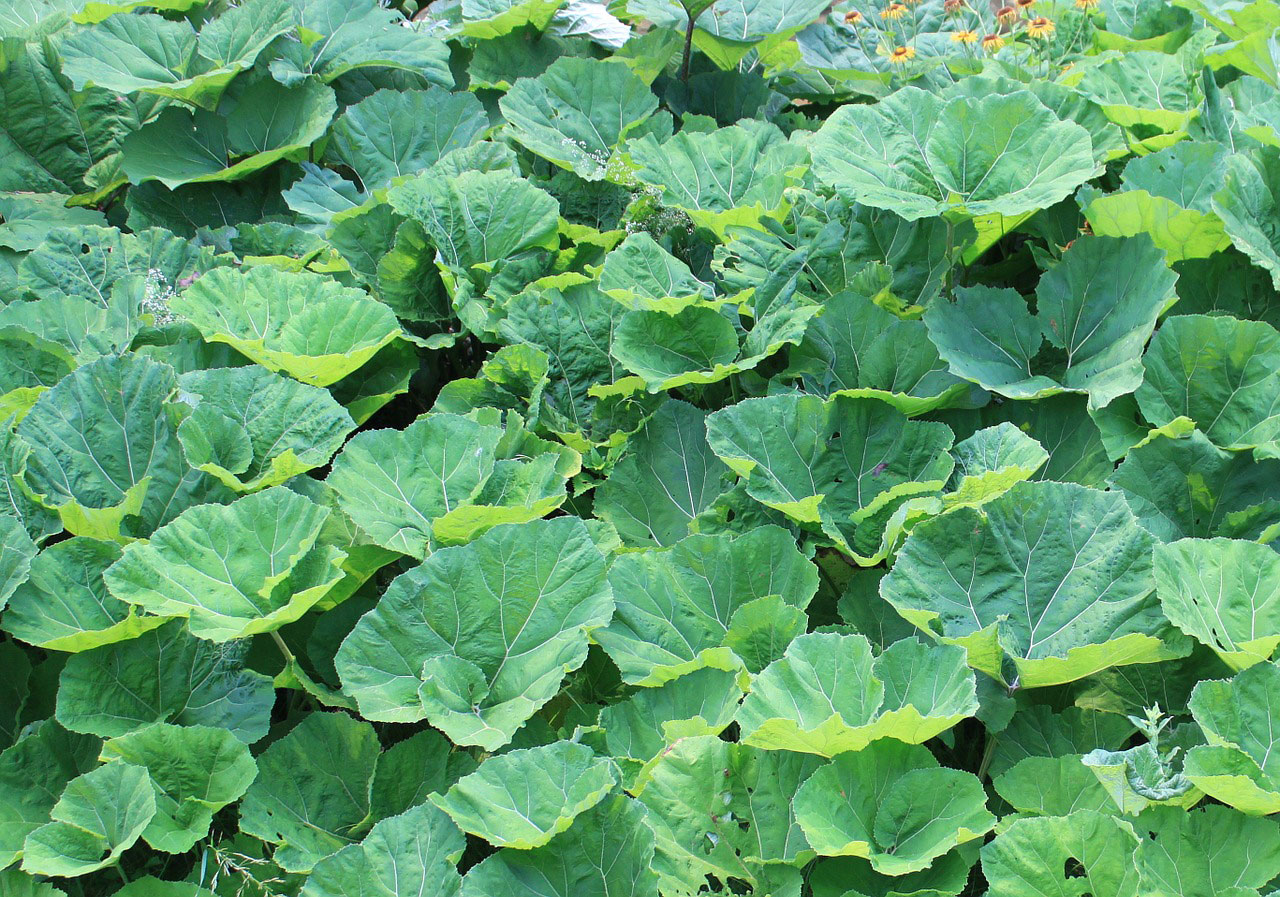 Butterbur, botanically known as Petasites Hybridus is a herbaceous shrub Petasites genus of the Asteraceae family. It has originated from northern Asia and Europe. It is a perennial plant that has thick rhizomes that creep underground and has large leaves in the growing period. The other synonyms are P. Ovatus , P. Vulgaris and P. Officinalis.

Butterbur is indigenous to Asian regions like Korea and China and European regions like Scandinavia. Butterbur was used since ancient times for medicinal purposes. It is related to coltsfoot and comfrey and was believed to be an effective medicine for sinus and asthma problems. It was known as “plague flower” is some parts of the world during the 16th century. Its root was used by Native Americans for healing inflammation, headaches and hay fever. Even today, it is used for treating the same illnesses.

Butterbur is a flowering perennial plant that grows around 1 to 3 feet wide and 9 feet long. It has leaves that look like rhubarb. They are named so because, in the olden times, when there was no refrigerator, these long leaves were used to cover and wrap around the butter to protect it from heat. The flowers emerge before the leaves in the beginning of the year around the February month. The flower stalks are pink in color and they appear like a button mushroom while emerging from the earth. In many places, butterbur was known as early mushrooms. When this plant is fully grown, the stocky spikes of the flower turn purplish in color towards the bottom along with reddish-violet flowers. Male and female functional flowers grow on different plants. The female spike is comparatively larger than the male ones.

Butterbur is a herbaceous perennial plant that grows in moist environment such as marshes, ditches, lake shores, fields and riverbanks. They are generally found in Asian countries like Korea, Japan and China. It can also be seen in parts of North America and Europe.

This perennial can tolerate and thrive in any soil type. It prefers to grow in wet or moist soil. It can even adjust with some water logging in the soil. There is no particular pH level required for this herb. It thrives well in partial to full sun. It can also thrive in highly polluted areas in urban cities. Hence it can be found in inner city areas. The best way is to propagate by division.

It succeeds in ordinary garden soil but prefers a deep fertile soil which is moist all the time. If planting by seeds, leave about a 5 foot gap between the seeds as this plant requires more space in the growing period. It spreads widely and its leaves grow up to 2 feet wide. It is advisable to grow seeds in a cold frame and later transplant to the garden.

Regular watering is required to prevent the soil from drying. There is no need to let the soil dry between two watering. Ensure a moist and wet soil and apply water once in every two to three weeks.

Butterbur is a hardy plant and can tolerate a temperature of -28.8°C. It should be watered regularly if grown in garden areas. It prefers partial to full sun and can also tolerate slightly over watered soil.

Butterbur can be used as an effective tonic or stimulant. It is also an expectorant, analgesic and antispasmodic. It works well on bile ducts, duodenum and stomach. It was traditionally used for treating chest complaints from bronchitis, whooping cough, fever and asthma. It also helps in improving digestion. It is the best cure if the indigestion is due to obstacle created by the flow of ducts. It is also believed to provide relief for urinary infections and tract inflammations. It can be externally applied to wounds and to the skin to heal eruptions.

No pest and diseases have been known to harm this plant.