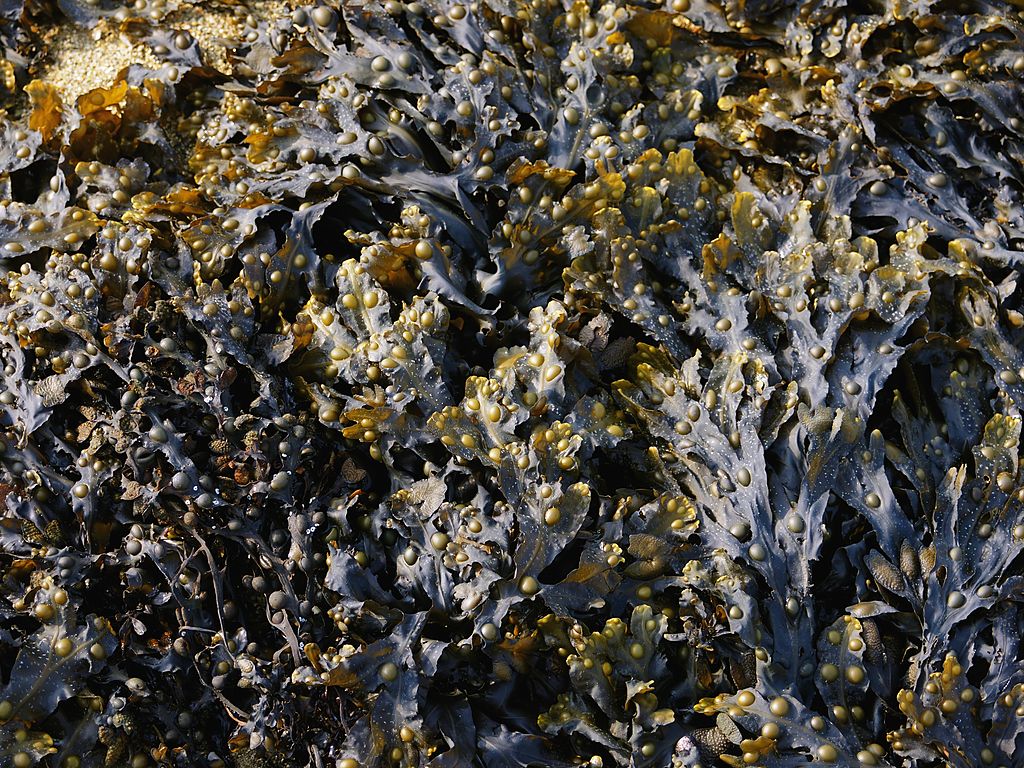 Bladder wrack is a species from Fucaceae family. It is also known as Cut weed, Black-tang, Sea wrack, Kelp wave, Bladder focus and Quercus marina. It is a specific kind of seaweed that can be seen nearby the Pacific and Atlantic coasts situated in US and Europe. It is also seen in the Baltic and North Sea as well. It got the name bladder wrack due to the small air bladders that grow on the seaweed. Those air bladders help them to keep floating. It has a light green color when alive and changes to brown color after the plant is dead and dried. The researchers discovered in 1811 that this seaweed contains iodine that is used to treat goiter.

Bladder wrack was used as a fertilizer; feed for livestock and for medicinal purposes. In 1811, experts discovered that it is a main source of iodine and can treat many diseases. In olden days it was used to treat rheumatic conditions, goiter, thyroid problems and as a demulcent (mucoprotective agent) and laxative. In the beginning of the nineteenth century, iodine was extracted from Fucus by a distillation process and after that, for the next 50 years, iodine for commercial purpose was derived by this method.

Bladder wrack is greenish brown seaweed that can be seen attached to the rocky surfaces. The whole length of seaweed will be around 3 feet. It is green in color when alive and changes to brown when dead. The branching frond is flat and grows about 2m long. It has a midrib which is covered on both sides with paired spherical air bladders. Usually these air bladders can be seen only in grown up plants. The structure and appearance of the seaweed change according to the surrounding conditions, in which it grows. In sheltered areas, the seaweeds have more air bladders whereas the ones in exposed regions have less number of air bladders. A species of bladder wrack known as Fucus Vesiculosus Forma Linearis are seen in more exposed areas and have no air bladders at all.

Bladder wrack needs brackish or sea water and sufficient light, hence it inhabits that part of a sea that is close to the shore. It also requires a rocky surface; hence it is found on rocky shore rather than sand or shingle and usually found with knotted wrack (Acophyllum Nodosum). It can thrive on a wide variety of exposures.

Bladder wrack has much medicinal value and has been used as a main ingredient in medicine since ancient times. It is a good source of iodine and potash and hence it is used to treat all the thyroid gland problems caused due to iodine deficiency. It acts as a nourishing tonic for aged people and for children. It also helps to develop mental and physical growth in children. Other problems like rheumatism, stubborn constipation, obesity, arthritis, bronchitis, genitourinary disorders, digestive disorders, emphysema and many other illnesses can be treated using this divine herb. But so far, there is no scientific evidence to prove whether it is effective or not.Bladder wrack is rich in calcium, iodine, magnesium, sodium, potassium, sulfur, iron and silicon and a good source of B-complex vitamins. It also has a moderate proportion of selenium, phosphorus, zinc and magnesium. Traces of vitamins A, C, E and G can also be seen in a small ratio. It also consists of anti-sterility vitamin S and vitamin K. Other chemicals like Mannitol and Algin, Zeaxantin and Carotene and some amount of Bromine is also found.

Bladder wrack can be used to make a nourishing tonic and capsules, or tablets with its extracts. It can also be used to make a tea which is healthy to drink daily. It is used to add flavor in stocks, bread and soups. When it is harvested freshly, it doesnt have any foul smell. Some people also apply bladder wrack to the skin for skin diseases, burns, ageing skin and insect bites.