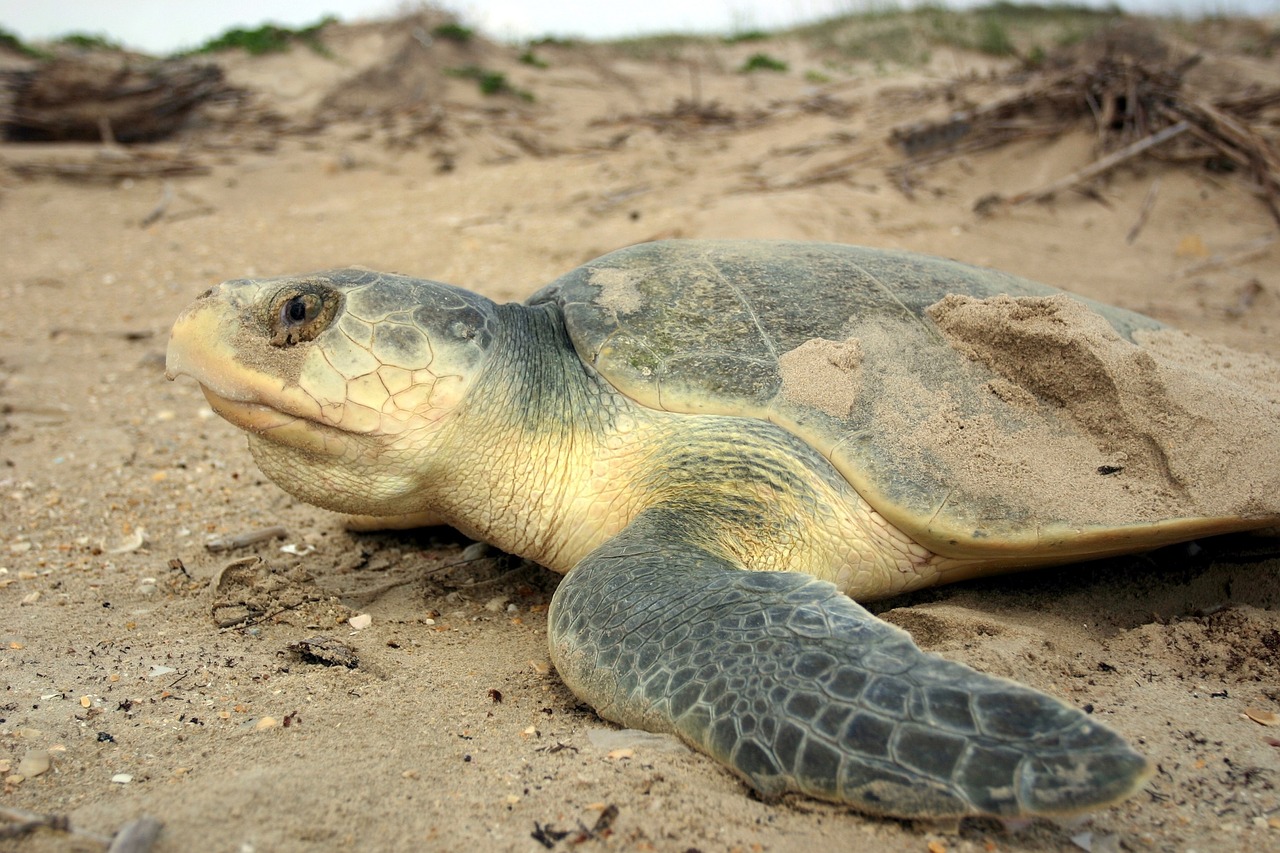 The Kemp’s Ridley sea turtle is smallest amongst the sea turtles, having a body that is dorsoventrally depressed and measures about 60-90 cm (24–35in) length and weighs on an average, about 45kg (99lb) only. They have unique front limbs, that are like a slipper. The head, which is triangular, bears two pairs of prefrontal scales and a beak with huge surface for crushing food. The adult turtles are maximum 2 feet long and up to 100 pounds in weight. The oval-shaped carapace of the adult turtles is long and wide, having shades of olive and gray, the hatchlings being completely black. Five pairs of costal scutes cover the carapace, while you can find four inframarginal scutes, bored with pores at the juncture of the plastron and the carapace. The Kemp’s Ridley thrives in shallow water, preferring crabs as the main food.

Warm water, mainly waters across New Jersey, serves ideal for Kemp’s ridleys,. They like to travel as far as the Gulf of Mexico, Florida or Louisiana. The Atlantic Ocean and Gulf of Mexico is often their path. Ranch Nuevo, in the Mexican state of Tamaulipas are the most common nesting spots for the female turtle while laying eggs. Others migrate even up to Ireland. The young turtles, float in the beds of seaweeds, Sargassum during the first few years. After that, they inhabit usually the areas between the northwest of Atlantic waters or along the Gulf of Mexico.

The Kemp’s Ridley turns sexually mature at 10 or 12. During the maturing years, they change colors; the dark gray or black plastron changes into white or yellow-green plastron having a gray-green colored carapace.

During a season, the females nest twice or thrice, maintaining a gap of 10-28 days, usually from April-August, preferring the Mexican state of Tamaulipas, or Padre Island in the Texas, U.S. Gravid females rest in swamps or areas having dunes in groups together as arribada or group nesting.

There are about 110 eggs per clutch, and each egg requires 45-70 days for hatching. The temperature as well as the location of incubation decides the sex of the hatchling. Usually, temperature below 29.5°C means male offspring.

The Kemp’s Ridley undergoes significant eradication by hunting, or absence of favorable habitats, pollution or being trapped in nets used for shrimping.

The Gulf waters are an exclusive breeding ground only for the Kemp’s Ridley sea turtle, among all the other endangered species in the marine habitat.