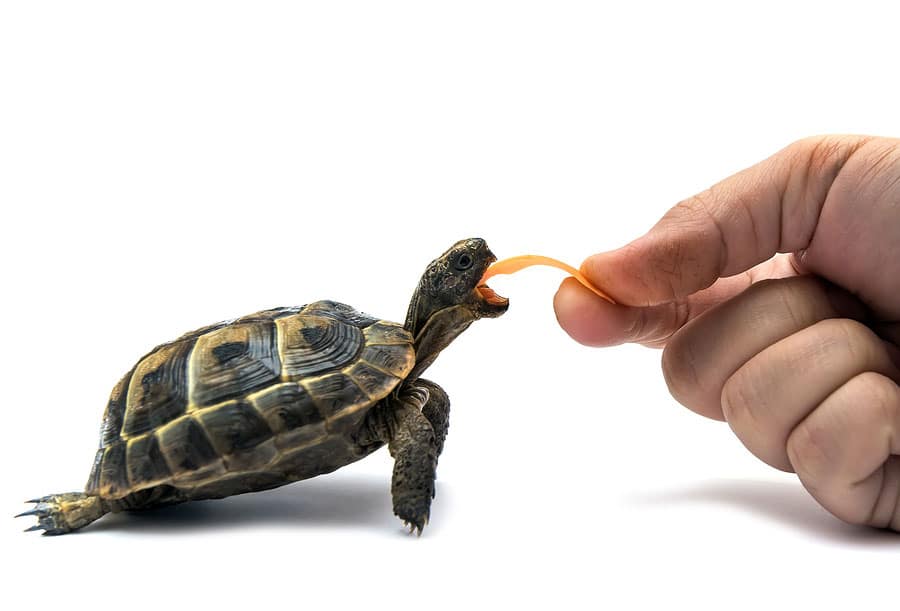 Is it not surprising to know that tortoises and turtles existed on earth from over 200 million years ago? How interesting it is to know that family-member of that cute shelled reptile you are planning to bring home once shared space with the dinosaurs. Tortoises and turtles possess a very good sense of smell and have brilliant eyesight. Hobbyists and families, take a fancy to them and enjoy rearing them at home and enjoying their movements.

In case you have an idea of including a tortoise or a turtle as a family member, or simply taking one home on an experimental basis, you can get the required information from the Pet Smart tortoise or turtle guide or a turtle rescue league. This will guide you to have a wonderful time with your pet nurturing, feeding, caring and having fun together.

How to Pet a Turtle

Turtle care advises that you should approach your pet turtle from the front, slowly. You are likely to scare the turtle if you are not visible to it, or your hand abruptly comes into sight.

Softly allow your finger to nuzzle the middle-top of the turtle’s head, vigilantly keeping away from its nose/eyes.

Once the turtle reposes its confidence in you, massage its neck. If you desire to carry your pet, attempt this from its rear, and gently scoop it with your hands. If you do not have time to wash your hands later, wear gloves while handling it, should it urinate on you.

Stroke your turtle’s shell in mild circular motions. Do not touch its claws and feet. Keep away from stressing them, when they show their displeasure by hissing or snapping at you.

Allow your turtle to crawl on you; make sure that they keep away from the edges and do not trip and fall.

Use a soft brush or a toothbrush (an unused one) to scrub its shell. Cleaning it is an option, not a necessity.

How Perfect Is a Turtle for Your Family? Are you aware that since 1975 the United States put a ban on sales of turtles under 4 inches for the reason that turtles present a high risk of carrying diseases, particularly for children? This ban by The U.S. Food and Drug Administration (FDA), they say, has resulted in the effective prevention of over 100,000 cases of salmonella related diseases in children every year.

In spite of this risk of health, currently many like to adopt turtles as their pets. They seem an ideal family pet because of their beautiful, colorful shell and their dainty movements. All the same, they are carriers of the dreadful bacteria named Salmonella.

Do Not Be Fooled

Turtles possess salmonella as a natural phenomenon, Turtles affected by Salmonella, do not appear sickly in any way. Besides, they do not shed Salmonella all the time. A single negative test will not give you a positive indication if the turtle has a salmonella infection. It is possible that, on the day the test, it did not shed Salmonella.

Certain cases of salmonella infection may lead to acute infirmity, hospitalization and in certain cases lead to even to death in sensitive people like the aged, children under 5, and people with less resistance to sickness on account of pregnancy, chemotherapy, cancer, diabetes, organ transplants, liver problem and several other diseases.

Of late several cases of Salmonellosis associated with turtles have come to light in The United States.

Precautions When Handling Turtles at Home

You would do well to make sure that people with high risk diseases do not come into contact with turtles.

Did You Know These Amazing Facts About Pet Turtles? Most Vertebrates that breathe air use a diaphragm (a muscle that rhythmically relaxes and contracts while breathing) to inhale and exhale air from the lungs. Some turtles breathe with the aid of special muscles between their lungs and limbs that aid their breathing process. Some of them also rely upon buccopharyngeal breathing that involves intake of water and drawing the oxygen from it with the capillaries in their neck. The process helps them to stay under water for long periods.