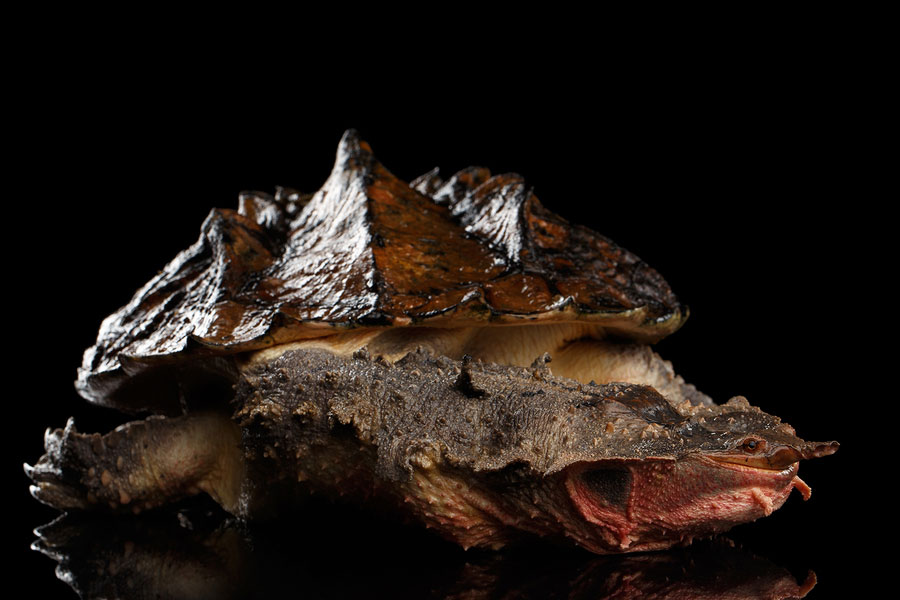 The species Chelus fimbriata commonly known as mata mata is a fresh water turtle. This represents the only existing species of the genus Chelus. You can see the metal Malta mainly in the Amazon and Orinoco basins of South America.

Mata Mata- The Only Existing Species of the Genus Chelus The full-grown mata mata turtle weighs 15kg (33lb), and has a life span of 40-75 years. These sedentary turtles are large. The head with many flaps of skin and tubercles is flat and triangular. The snout tubular and manifests in a long form with a “horn”. A mature mata mata’s oblong carapace is either brown or black.

Even though mata mata is purely aquatic, we can see them in shallow water with its snout reaching the surface to breathe.You can find them in backwater streams that move slowly, in swamps, marshes and stagnant water and they extend into northern Bolivia, Peru, eastern Colombia, Ecuador, the Guiana, Venezuela, and central and northern Brazil.

The mata mata’s shell appears like a piece of bark while the head bears resemblance to fallen leaves. Even if it remains in the water, the skin flaps help them to camouflage into the nearby foliage until a fish approaches close. For growing them domestically, you must keep up pH in the range of 4 to 2 and the temperature around 76 to 83 degrees F. It can also withstand similar air temperature. Aquariums are ideal for small to medium turtles of 4-10 inch sizes.

Use larger stock tanks or custom-made ponds with a carrying capacity of more than 100 gallons for larger turtles of about 18 inches size.

Avoid rough surfaces in the enclosures.

A sandy substrate can prevent abrasion to the turtle’s plastron. It also acts as an anchor for plants. Therefore, a mata mata enclosure should have a substrate with sand. Use driftwood and various types of sunken and floating plants for decoration. Malta Mata requires higher temperatures as we see them in a tropical environment. 80-90 degrees Fahrenheit water temperatures are also fine. For this, positioning a basking light about one foot above the basking spot will do. A 75-150 watt heat bulb will serve the purpose. For ultraviolet light, place one UVB emitting bulb along with the basking light. The basking area should range between mid to upper 90-degree temperatures.

Mata mata turtles feed on live fish. These turtles are carnivores. They prefer platies, guppies, minnows, mollies, sunfish and goldfish as food. Some turtles feed on night crawlers as well. Feeding on commercial food is not usual. Keep an enclosure stocked with 30-40 fishes at a time so that the turtles can feed freely. It is difficult to find them catch just one or two fish when they are hungry.

Males attract females by stretching their limbs and lunge with their heads, mouth open. Lateral flaps on the body also show movements. Nesting occurs in the upper Amazon. Nesting period is October – December. They deposit eggs in clutches of 12 to 28. Eggs are brittle and spherical in shape with 35mm diameter.

Start handling mata mata turtles only after you find them eating, active and do not show any signs of illness or bad health that are sure signs of their comfortable acclimatization to the new environment.

It is easier to maintain mata mata hatched in captivity. One must keep a note that small hatchlings should start eating and show signs of growth before we handle them.