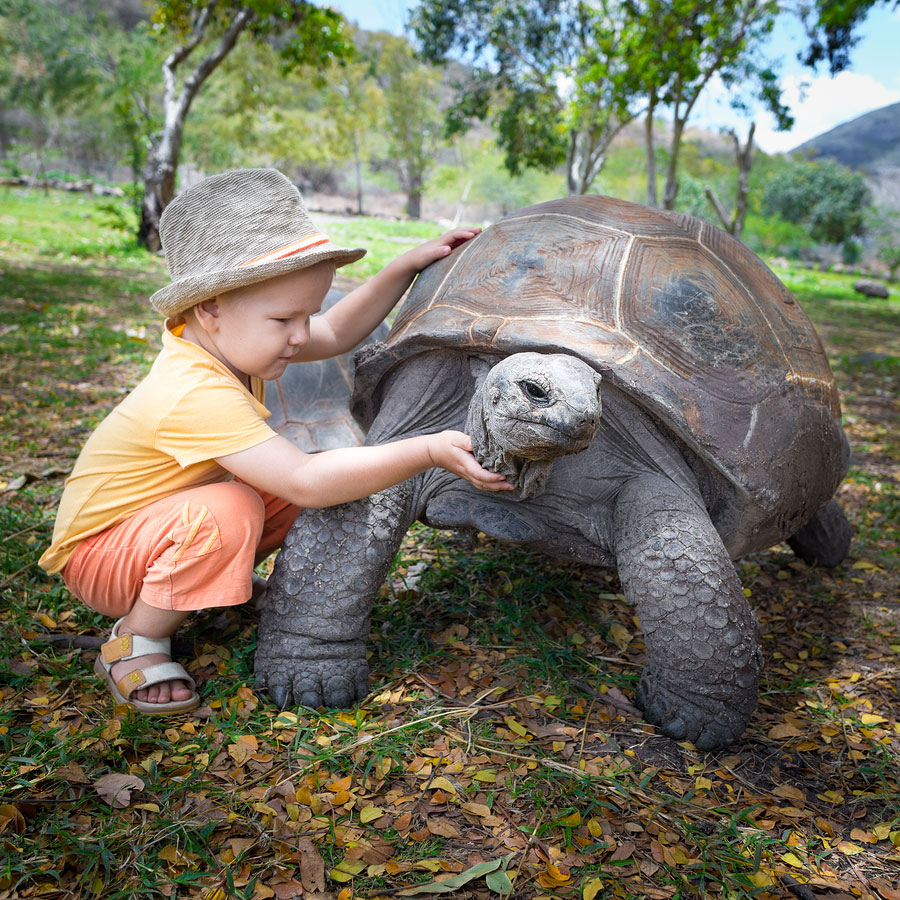 Many people are interested  in reading about tortoises.  They would like to know more about the facts regarding the various aspects of the life of this reptile.  Though biologists have discovered a lot of facts about them, there are still a lot of unknown facts.  These facts are bound to astonish you when you get to know more about them.  Though a lot of differences exist among tortoise species, all tortoises have one thing in common.  They all possess short, stump-like legs.  They have and use the claws on the feet for  digging and moving around on the ground easily. In one look, you can find out the gender of the tortoise. The males possess longer tails that appear to be pulled up to the rear shell’s side. The females, on the other hand, have smaller tails  that seem to drop down the rear shells.

Tortoises  belong to the genus Testudinidae  in the order Testudines.   Tortoises are a family of  reptiles that are land dwellers.  They are quite closely related to the sea-turtle, their marine cousin.  Like sea turtles, its shell protects the tortoise from predators’  The carapace is the top part of the shell, the plastron is the underside.  A bridge connects the carapace and the plastron. The tortoises’ endoskeleton has an adaptation – an external shell that appears fused to the  reptile rib cage. Tortoises vary in size quite a lot. Some tortoises are just a few centimeters long and there are giants who measure two meters or more in length.  Tortoises are generally diurnal (active in daytime) in nature.  They tend to be crepuscular (active during dawn and dusk) based on the ambient temperature.  Tortoises are generally reclusive in nature.

The world has many different species of tortoises.  They vary in color, size and diet.  Most tortoise species are diurnal.  In places that are quite hot during daytime, they become crepuscular.  That is, they venture out for food only during the cooler periods of dawn and dusk.

There are a number of concentric rings on the upper shell or carapace of the tortoise.  This can look very much like the cross section of a tree.  These circles, can sometimes, provide clues to the age of the animal.  This method of determining age is not foolproof since the growth depends on the availability of food and water.  A tortoise with access to abundant forage or one that the owner feeds regularly, without any seasonal variations, will not have easily noticeable rings.  Some tortoises do grow more than one ring per season and in some tortoises, the rings may no longer be visible, due to wear.

Many tortoise species exhibit sexual dimorphism.  The differences between females and males vary according to the species.  In certain species, the males have longer, comparatively more pronounced neck plates than the females.  In  certain other cases, females possess longer claws.

Tortoises possess hard outer shells designed to protect them from predators. The skin on the head, legs and belly of the tortoise is really soft for the tortoise to pull back its limbs into the shell, in order to protect itself. The length of the tortoise shells can vary from a few centimeters to a couple of meters, depending on the species.. Most land tortoises are herbivorous in nature.  They feed on weeds, grasses, leafy greens, flowers and some fruits.  There are certainly  some   omnivores in the tortoise family.  Pet tortoises need vegetarian diets of leafy greens, wild grasses and certain fruits and flowers.  Certain tortoise species feed on insects and worms as well as carrion in their habitats.  Too much protein can prove to be harmful  to herbivore tortoises.  Excess protein has been associated with shell deformities and other medical problems in tortoises.  Different tortoise species vary a lot in their dietary requirements.  It is essential that you study the nutritional requirements of individual tortoises.

A number of tortoises live these days as household pets, especially members of the smaller tortoise species.  The pet tortoise would ideally prefer to live in the garden or vegetable patches, where they can forage for food.  The diet of the pet tortoise should be similar to what it would be if it were in its natural habitat. They certainly should not be given cat or dog food.

The female tortoises dig nesting burrows to lay their eggs.  They can lay any between one to thirty eggs at a time.  Generally, the figure is around 10.  Only a handful of the babies survive as they are vulnerable to attack from all types of predators.

The female tortoises leave the nesting burrows after laying the eggs.  The eggs hatch between two and four months.  Baby tortoises venture out for food when they are  a week old!  The size of the egg and the hatchling, depends on the mother tortoise’s size.

One of the most interesting facts about tortoises is hibernation. They hibernate in winter when they usually become sluggish. When they hibernate, they just empty their stomachs and go to sleep till the weather turns warm again.