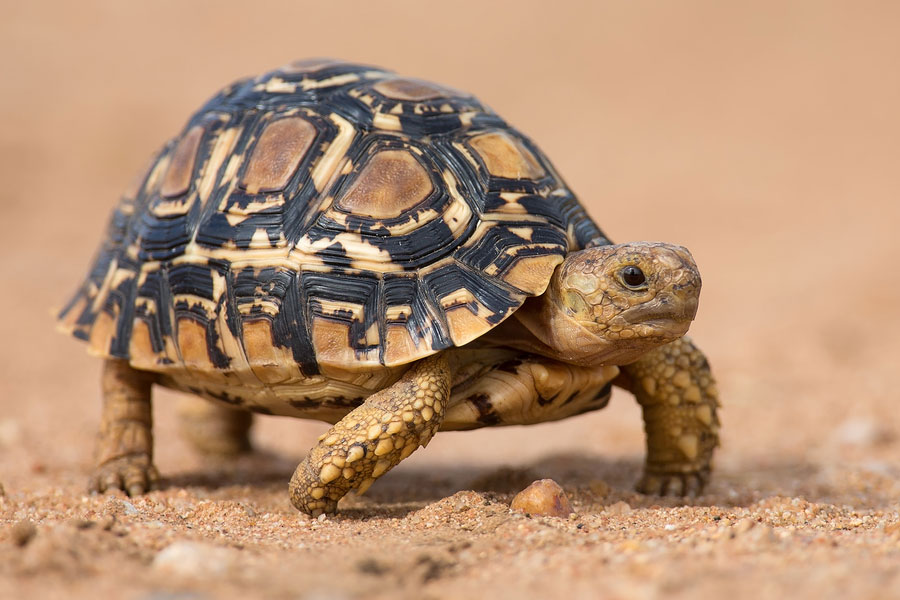 Of all the members of the tortoise family, the leopard tortoise is one of the most attractive of them all. Because of its remarkable color, this species is considered as one of the most popular and well loved by reptile enthusiasts.

Just like typical breeds, this species share the common characteristics of its cousins, particularly those belong in the same genus, Geochelone. The leopard variety got its name because it resembles a leopard with a combination of black and yellow spots.

When it comes to the general characteristics of this species in the wild, they don’t differ that much as compared to their close cousins. From their temperament to their diet, they basically share these characteristics, although with some variations and differences at some points.

One of the closest relatives of this species is the Galapagos Tortoise, which also belongs to the same genus as the leopard. Same with the Galapagos, the leopard can grow very big, especially the males. Their expected lifespan in the wild is relatively longer than when captive.

Because of their enormous shell, they require substantial levels of calcium to supplement their needs. In the wild, they devour dried bones of dead animals and even dung of hyenas just to meet their high calcium needs.

What experts say about this species:

Natural Habitat: semi-arid or thorny places. This species and the rest of its cousins also prefer grassy areas.

Lifespan: several hundreds of years in the wild. May reduce to a few decades if captive.

Adaptation: Highly-adaptable. Some records show that this species can survive in non-arid areas outside its preferred habitat in Sub-Saharan African area.