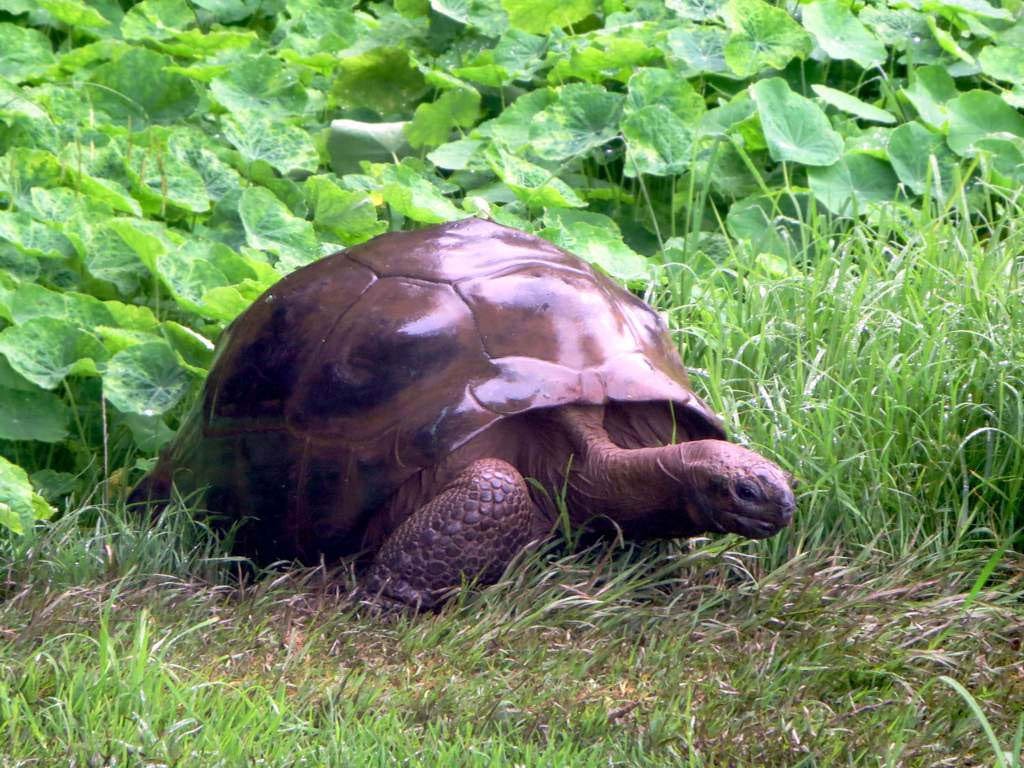 Wish the tortoises could speak! Wish that they could tell us stories of those long forgotten days when wars would rage where there was no nuclear power, when letters were still in fashion. Indeed, there still lives a tortoise whose birth can you can date back to the year 1832. Now that is healthy living! Yes, it has lost its power of smell and its ability to see somewhat, but otherwise he is strong and healthy.

In a distant island of St. Helena in the South Atlantic lives the oldest animal on this planet. He is a tortoise called Jonathan, who has seen and experienced way more than our grandparents. He is almost a mythical creature with much to tell. He is a Seychelles Giant tortoise (Dipsochelys Hololissa) who,  they say, was brought to this island at the age of 50 along with three other tortoises, although, no one really knows as how he or the others came to live there on that island.Jonathan is currently the oldest tortoise living.

Jonathan was named so in the 1930s by Governor Sir Spencer Davis. He belongs to the government of Saint Helena and continues to live in the grounds of the official residence of the Governor, at Plantation House. Jonathan belongs to a very rare breed which is the Seychelles Giants while his fellow tortoises belong from the Aldabra Island, which is  somewhere in the Indian Ocean and are believed to be numbered around the 100,000 mark. But sadly enough,  there are a very few Seychelles tortoises left. This particular tortoise was brought to St Helena at a mature age in 1882.

Jonathan’s exact age is a bit difficult to determine. They claim that he is 182 years age on the basis of a picture used for this calculation. Yes, a picture was found of the Boer war in which a tortoise is seen right beside a war prisoner. This photograph leads people to believe that it is Jonathan on this picture which would thereby make him the oldest living reptile on the planet.

Now, Jonathan was 10 years too young to have met Napoleon, who had died in 1821 and he has seen the passing of 33 different British Territories. He is a priced possession of every Governor and none would want to lose him. He is so dear to everyone that it is seen to it that he is in no distress. One thing that Jonathan enjoys thoroughly is a good rub on his neck because he is able to extend his neck to about a decent length. Old Jonathan began to suffer from malnutrition because of his old age and it is because of this condition that made his beak to soften and become blunt. Now, a soft and blunt beak would prove to be fatal for a tortoise because it will add to the feeding problems. But soon after,  good measures were taken in addition to the royal treatment that he got, including a full bucket of fresh veggies and fruits each weekend as a source of extra nutrition for him. It did leave his skin plump and soft.

He is virtually blind from cataract, and has no sense of smell—but his hearing is good. His beak might still be soft but lumbering and blind,  but that Jonathan did not lose his desire to mate even at this age speaks of his vitality. Because of his royal treatment he simply cannot complain about the things that people do for him. The only unfortunate thing about Jonathan’s mating trysts is that he never ever had an offspring and thus there is no baby tortoise to carry on his legacy. He is the last one and with him will die his entire line. Certain measures are being taken for the time when he dies. Although the tortoises of such origins are known to have lived for about 250 years, still the saints of St Helena plan to create a fund so that they are able to create a bronze statue of our beloved Jonathan when he will be with us no more. The community has made a rough obituary for when the sad time arrives. He will be missed deeply by everyone who ever knew him or those who had come to know of him.