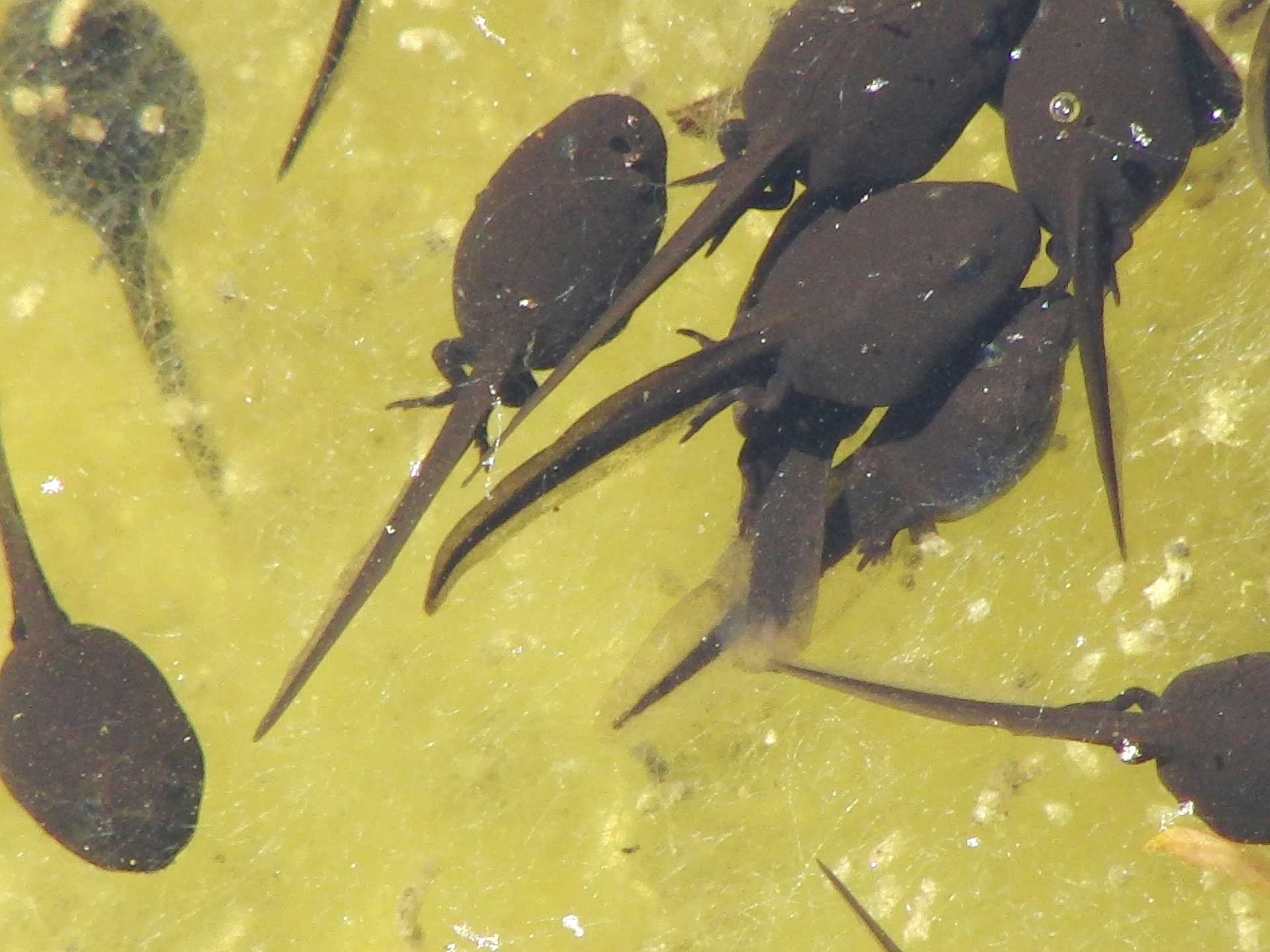 This article covers tadpole development time – how long to become a frog.

If you just got some baby tadpoles you might be wondering how long it will take them to turn into frogs. Well, that answer is different for different kinds of tadpoles, and the answer might be different because of the weather, too. You can expect your tadpoles to turn into frogs anywhere from six weeks to eight months. Eight months? Really? That is a long time, but you should understand why it could take this long before getting upset.

Most tadpoles begin to turn into froglets in about six to eight weeks in normal conditions, and turn completely into a frog in about twelve to sixteen weeks. Now, these are North American tadpoles and not tropical tadpoles or tadpoles from areas around the world, because they might take much longer to turn into frogs

There are some things that will make a North American tadpole take longer to turn into a frog. The biggest thing is the weather. Frogs hibernate in the cold weather, but tadpoles don’t. They continue to live and feed under water while it is cold outside, but they won’t begin the metamorphosis into frogs while the weather is cold. This is because a baby frog cannot survive in the cold and has not gotten itself ready for hibernation yet. So if the weather is cold and you notice that your tadpole isn’t turning into a frog there is no need to panic because this is perfectly normal. It just means that you will have a longer time to enjoy your tadpoles.

Sometimes, even in cold weather, tadpoles will turn into frogs. This can happen when the tadpoles are kept in tanks inside the house. Your house is usually about the same temperature all year long. In the wintertime you have the heater on and in the summer time you have the air conditioner on, but they are always set to around 70 to 74 degrees, or right around there. Because of the constant temperature in the house, your tadpoles won’t know that it is wintertime outside and can start the process of transforming into frogs. Be very careful to keep the baby frogs indoors, though, until the temperature warms up outside.

Watching your tadpoles turn into baby frogs is exciting, but lots of people get discouraged when this doesn’t happen as quickly as they would like it to. Don’t get discouraged, they won’t stay tadpoles forever. Their job, as a tadpole, is to turn into a frog and they will always do their job. It just sometimes takes them a while to get to it. Kind of like your job of cleaning your room!