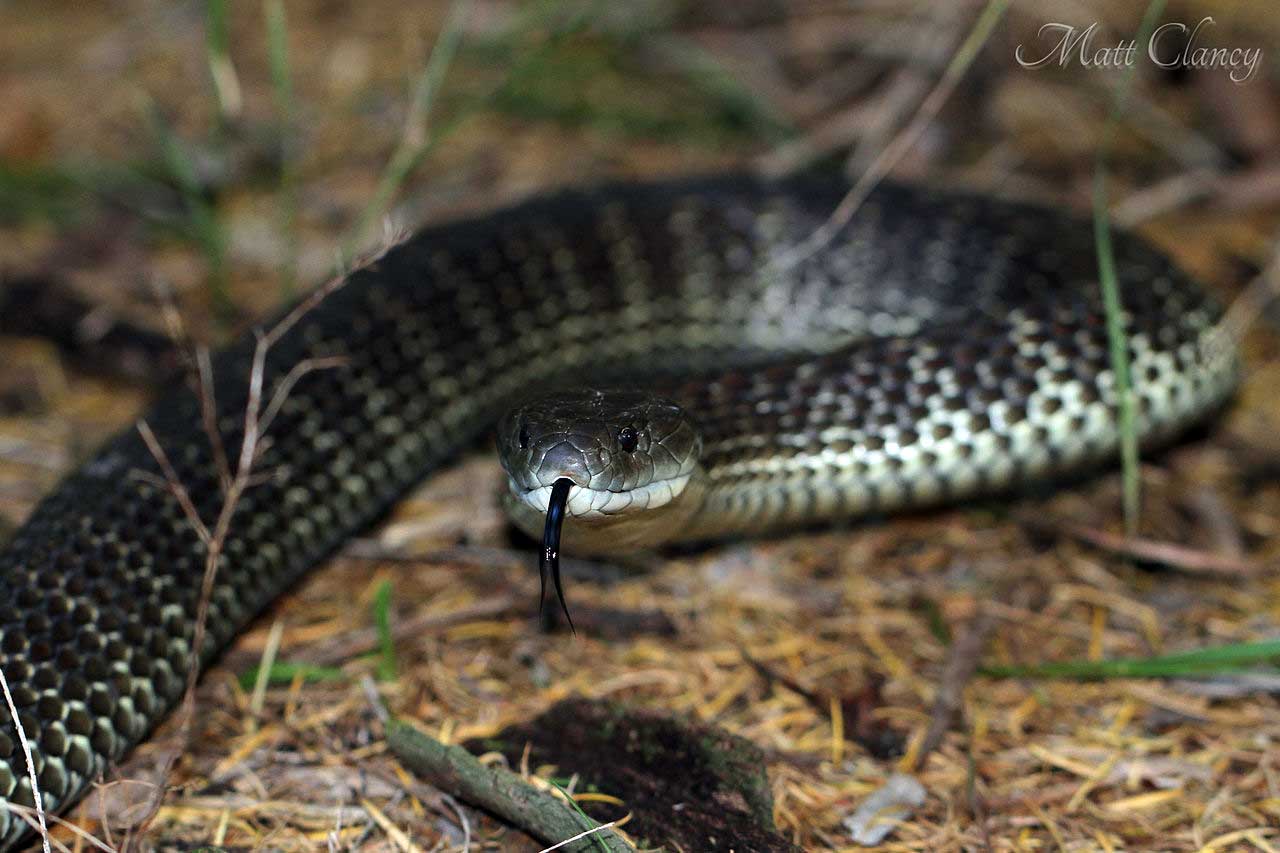 Most of the Australians know about Tiger Snakes. The Tiger Snake Notechis Scutatus possesses a terrible reputation. Few people encounter Tiger snakes. But they are notorious because of their aggressive behavior and lethal venom. You  should recognize these snakes for quite a different reason. Tiger Snakes are simply great survivors who have adapted to some highly inhospitable environments in the Australian continent.  These snakes belong to Elapidae Family.  They are basically confined to the tropical areas in and around Australia.

We can find the common Tiger snake in the southern and eastern parts of Australia.  They are about a meter long with striped markings which give them their name.  These markings can change with the seasons or with the age of the snakes.  Some snakes of the species grow up to 1.5 meters in length.

This is a highly venomous snake  They do attack if they feel disturbed or threatened.  They are quite peaceable otherwise.  They are territorial reptiles, who will often stay in the same area for years.  You can find them in  suburban areas, including the newer suburbs.  The tiger snakes  use  venom to kill  prey.  They do bite aggressors  The venom is deadly to human beings.  .

The color of the Tiger snake is highly variable.  They usually have a Tiger-like bands.  Regional environments  have a lot to do with their appearance.  All Tiger Snake populations belong to the genus, Notechis.  Because of their diverse characters, some are seen as distinct species or sub-species. We can find large venomous snakes of the genus, Notechis only in the sub-tropical as well as temperate areas of Australia.  Tiger snakes are a large group of distinct snake populations, which can be isolated or overlapping.  They display wide variations in size as well as color.  Even individuals exhibit seasonal variation in the matter of color.  It is said that the some of the species can grow even up to ten feet in length.  There are strongly contrasting  darker bands,  indistinct ones, pale or very dark.  The coloration can vary from jet black to orange-brown, yellow and to olive.  The snakes’ underside is usually orange or light yellow.

The blunt, short head of the Tiger snake is at slight variance from its stout body.  The snake just flattens its body throughout its length when it basks in the sunlight.  The snake also responds like this, when agitated. Its length ranges from 0.9 meters to 1.2 meters.  The record length is 2 meters.  You can find Creamy yellow cross bands on the base colors of Brown, green or olive gray.  You might also come across some unbanded specimens.  The scales on the snake’s body give the appearance of overlapping shields particularly around the neck. While the number of ventral scales ranges from 140 to 190, the sub-caudal scales are in the range 45-65,  and there is a single anal scale.  Mid body rows number 17 to 19.

Tiger Snakes are slow and cautious hunters. The snake may defend itself when surprised.  Its first line of defense is a very impressive threat display.  The snake just flattens its neck and raises its head to frighten the aggressor.  The second line of defense is a feigned strike, accompanied by a spine-chilling hiss or bark.  The bite is the last resort against provocation. Tiger Snakes have wide ranging habitats.  You can find them in rocky, dry terrain, forest land, grasslands and marshes.  In fact, they seem to occur in most habitats of Tasmania.  Come winter, they turn inactive.  They retreat to hollow logs, tree stumps or burrows of rodents.

These Tiger snake species mate in spring and give birth in the summer. Their litter sizes are considerable.  20 to 30 young ones in a litter are quite common and record figures of 64 and even 126 are also doing the speculative rounds.  These snakes have sporadic sexual activity, which reaches its peak in February.  The mating process itself takes hours (seven hours is not uncommon) and the poor males get dragged around a bit by the females.  Males usually abstain from food during the times of sexual activity.  Females stop taking food weeks before giving birth.  The female body size and the size of the litter are directly proportional.  Tiger snakes belonging to small island habitats and  produce a lesser number of babies.  The baby sizes are larger in such cases.  The females litter in alternate years.  The length of the baby snakes at birth ranges from 215 to 270 mm. As a rule, tiger snakes do not become highly aggressive during mating season.  The male in pursuit of a female, may become nervous or upset when rudely disturbed,  and react accordingly. Like most snakes, the basic requirements for these species are a temperature gradient, pure drinking water and a hide box  A plastic tub,  having vents for air holes, will serve as the basic cage.  Place a water bowl at the enclosure’s cooler end.

The warmer end must have  ground temperatures ranging between 84 to 93 degree F. You can place a heat mat at one end for this purpose. You can improvise a hide with an inverted planting pot after sealing the drainage holes and providing a door cut into the pot.  The advantage is that,  in time, the snakes will be able to push the pot over the heat mat for thermo regulation,  remaining hidden at the same time.

You can provide newspapers as substrates.  If there is no substrate, the snake will be forced to use the pot as a hide.  Once the new snake gets used to hiding in the pot, you can use newspaper substrates as it will make cleaning easier.

These Tiger Snakes are real gluttons.  They eat almost anything and everything.  So,  obesity could become a potential problem for your pet.  Rodents appear to do well as food for Tiger snakes.  You can vary the diet by giving fish, birds, lumps of meat that you can get from the butchers etc. Their voracious appetite and the fact that they are venomous, make them potentially dangerous.  They have the habit of biting that appears to them as food,  Be very careful when you feed them.