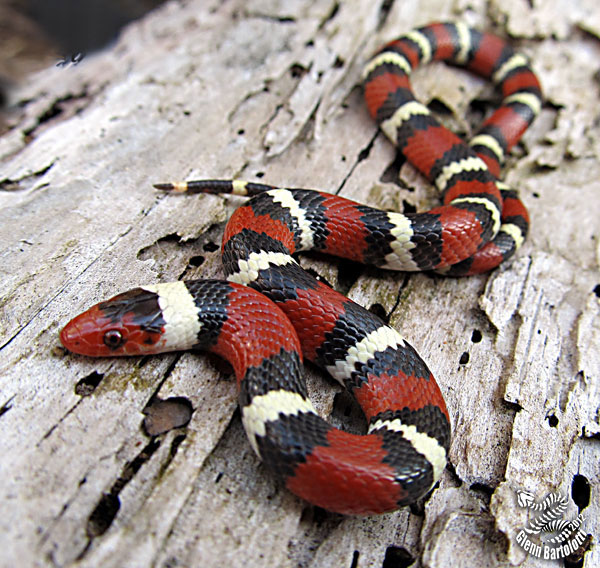 The King Snake belongs to the category of colubrid snakes which are the member of the genus Lampropeltis, including other four species, the milk snake and forty-five subspecies.The average length of a king snake is about three meters (9 feet), but many of them are twice that long.It is generally black in color with patches of yellow marks on its belly and a band of yellow or white on its back.The bands divide and join each other, creating a chain like structure along its side.One of the members of the king snake genus is the milk snake.It has various other species.

You can call them ground-dwelling snakes with a habit of killing and eating other snakes. The snakes that they eat may be venomous, including Rattlesnakes Cottonmouths and Copperheads.King snakes are highly resistant to their venom. King snakes can appear in various possible colors, which is a main reason for them to become popular pets. It has become difficult to describe the common color of the snake because of its diverse colors, as breeders even arrive at various new colors by cross breeding.There is diversity in a variety of colors between various subspecies of the King snake that may appear in various sparing color combinations of bright yellow in black as in the  California King snakes. Or, they may appear simple black like the Mexican King Snake. Their scales are shiny and smooth with rings, spots, or a combination of both.They have a head with a dark top and a lighter underside.
Every color combination is equally attractive. That is why the King Snake has such a demand.

They possess a comparatively amenable attitude,  and you can easily train them. Their active and curious temperament makes them pets worth keeping.You can easily manage them. You can keep them safely and these snakes offer a good option to those people who are novices in this hobby. Predominantly, it tends to be a bit difficult to handle hatchlings, but regular handling makes it easy to tame them down.Except for the period of hibernation in winter, these snakes prefer to live a solitary life.

The Kingsnake’s hatchlings may seem a little aggressive, but with  patience and sound and habitual handling  you can easily domesticate them. They have a tendency to  bite or release a foul smelling musk odor. They will often release fecal matter if handled unfamiliarly in captivity, and they may vibrate their tails, hiss or go into a ball-like posture, but with the time, the snakes cease this defensive trick of theirs..The bite of king snake rarely hurts and this is a feature of comfort to those who desire Kingsnake pets.

You usually see the Kingsnakes in hilly areas, desert region and in barely forested areas. Common Kingsnakes usually inhabit the desert, mountain regions, savannahs and thinly wooded forests. They have a preference of low-humidity level in their habitat due to a dry climatic conditions in their native homeland.They are generally diurnal in nature,  but sometimes hot summer temperature makes them more active at night to avoid the high temperature during the day.
You can find the California Kingsnake all over the state, with the clear exception of the edges of the  northwest areas or the coast in the northwest and the wet redwood areas. You can also see them extending into Nevada, Oregon, Utah, Colorado, Arizona, Baja California and New Mexico.

Breeding season of the king snakes generally persists from April to July with an average hatching of 4-15 eggs. Sometimes the snakes are kept together by their keeper for a whole year, or they introduce pairs for breeding.Usually, after their brumation, the female goes for shedding. If it happens within a month, the breeder will consider the next opportunity  for the male to enter to the female cage is after their shedding, but this is not a rule,  as sometimes, breeding takes place without shedding.Some keepers keep the males with the females for a long time. Many of them after their breeding is over. Kingsnake Eating a Striped Racer Photo by: George A. Grant

The Kingsnakes are generally full of life and do not require any huge accommodation.A vivarium of moderate size can easily accommodate the snake and a fish tank would do ideally. Provide a minimum of one square foot space in the vivarium for  each foot of snake in it and you would do well to provide a height of one  third of the snake’s length approximately.Keep an appropriate size vivarium for the hatchlings, as they are likely to stress and may not take food properly in spaces larger than they need. They are very clever and have the ability to escape at any time. So breeders must keep them with care and attention. Being  physically powerful they are capable of pushing an ill fitting lid. They can grow too long, but that may not necessitate a huge vivarium to accommodate them. It is better to house them in an adjustable-sized vivarium that has a size of 4ft x 2ft,  depending on its length and feel more secure.

King Snakes depend on a variety of diets including birds, rodents, amphibians and various reptiles (including other snakes). They have the capability of feeding themselves with rats and mice and still remain in good health. The rodent’s size should adjust to  the size of the mouth. Each hatchling can subsist with one pinky mouse every 5-6 days, but you can  increase their feed to an adult mouse every 7-10 days as they grow.  A large size snake  can eat 2 adult mice per feed..For variation in their diet, you can give a matured snake a chick as feed. Keep in mind not to feed your snake with live food as it can bite your snake. You must keep the frozen rodents from the shops at  room temperature before giving it to your snake. This can serve as a good food for your pet.You should avoid wild rodents as they possess parasites.

The Kingsnakes are very energetic and active, and they love to exercise outside the vivarium..By  regular handling you can make them tame down easily.They are very powerful snakes,  but easy to handle.