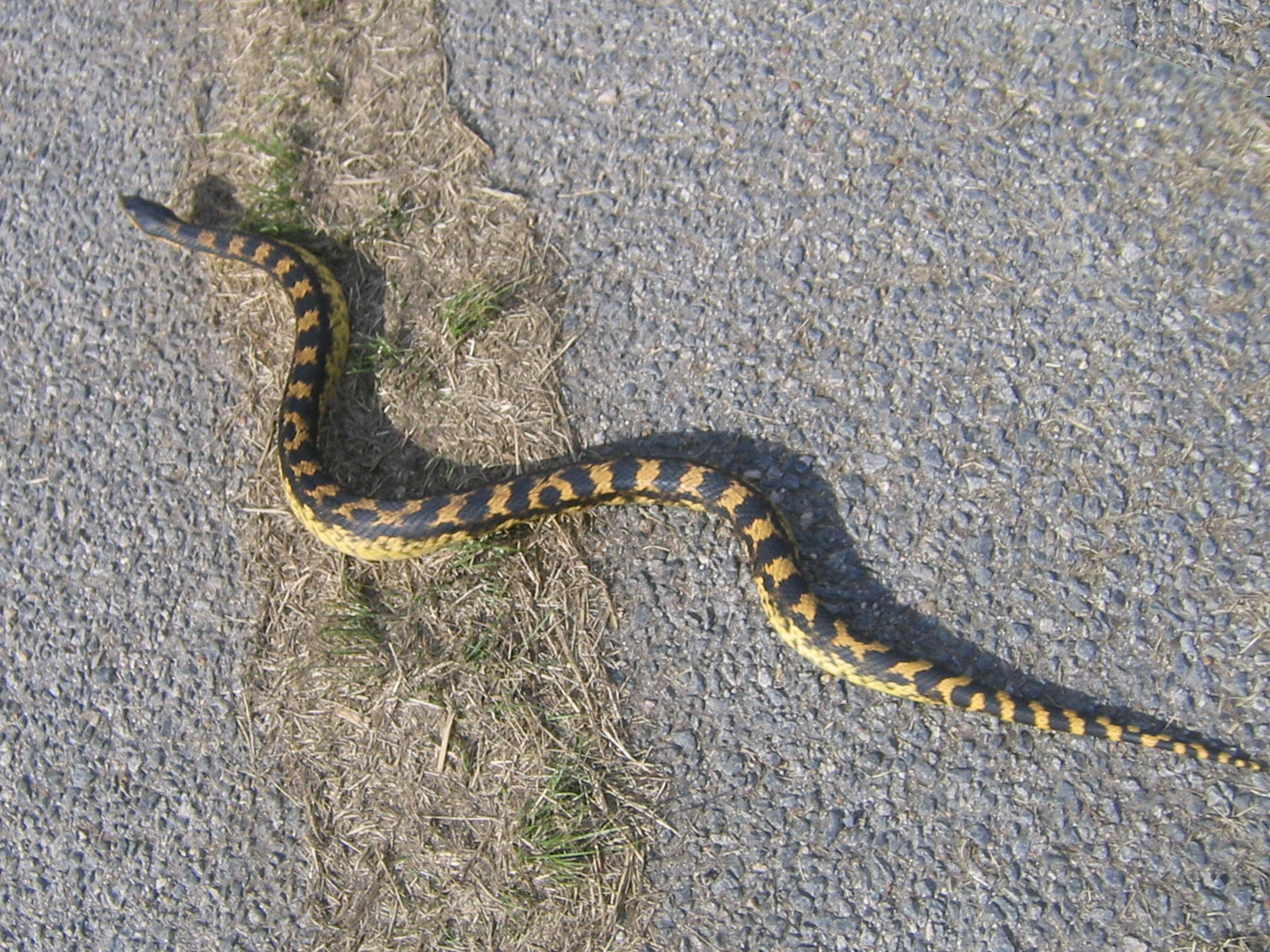 The eastern hog-nosed snake, which are also commonly known as Heterodon Platirhinos, are harmless Colubrid species that you find primarily in the North America. There are no subspecies currently. These snakes are also known as the Spreading Adders or the Deaf Adders.

This medium sized snake will measure around 71 cms or 28 inches in total length, when calculated from the body to the tail. The females are larger than males. The highest recorded length of an eastern hog-nosed snake is 116 cms or 45.5 inches.

There is a wide variety in the color pattern on their body. They can be red, green, orange, brown, black or of any other color. It all depends on the area or the place they live in. These snakes can have blotchy, checkered or pattern-less body appearance and their belly can be solid gray, yellow or cream in color. The underside of the tail is usually lighter than the body.

Though there is a presence of a rear fang, they are non-venomous in nature and are surely not harmful for the humans. Like heterodonts or those who have different types of teeth (like molars,  incisors, premolars and canines) these species have enlarged teeth on the rear end of their upper jaw. The teeth can inject an amphibian with a  very specific venom that can make a toad swell, like a balloon, so that the snake can swallow it easily. The eastern hog-nosed snakes would be active during the daytime, although they desist from moving about in the daytime or in the evenings when the weather is very hot. They like to bask in the open, but tend to live underground or under logs or debris. They are really good at burrowing,  and their upturned snouts would help them to push  the soil from side to side and then downwards into the loose soil. They can make themselves a burrow, or dig deeper and expand some other animal’s burrow. They tend to hibernate from the late October up until early April in these deep burrows or under the debris or the tree stumps. They are solitary animals by nature.

Like many other snake available out there, the eastern Hognosed snake too would act like they have died,  and they are very good at doing so. They make it seem so much believable that the predators may leave them alone. They would roll over, opening their mouth, letting their tongue hang out and they would not even move when they are picked up. If they are tossed around by the predator,  the snake will roll back again and pretend to be dead.  Although  they  bite very rarely,  they may bite at times.

The hog-nosed snakes are inhabitants of the Nearctics (covering Mexico, Greenland, Central America, southern Florida, and the Islands of the  Caribbean). You can also find them throughout most of the United States, mostly towards the east of the Rocky Mountains and near Southern Canada. The Great Lake regions might not have these species, as also areas south of the Lake Ontario, Erie and the eastern Wisconsin. The eastern hog-nosed snakes would much rather prefer dry areas which have loose soils, yet they can be found in a variety of habitats.

The Hognose Snake is known to mate during the Spring season and the females are able to lay about 60 eggs in the very soil during the months of June and July. These eggs would hatch after about a month and a half or even after two months. The Hognoses would not need that big a tank because they do not grow that much. Although these snakes are not known for their climbing skills,  a secure lid is essential. Every snake is  very good at escaping, so the lid is important.

Some keepers prefer to keep them in a 28 Quart rack or drawer container, with enough ventilation, padded with a bedding of aspen, and, for water bowls, they use disposable soup bowls. Remember, excess humidity does not do well for the Hognoses. They provide oscillating fans to ensure this. Remember that Hognoses do not like very elaborate and large cages, as these make them insecure,  and they desist from eating properly.

A water dish which can hold the entire body of the snake can be used and a hide box is imperative  among all the other accessories that are important for the Hognose’s terrarium.

In nature, the Hognose Snake feeds on diverse reptiles, amphibians, their eggs, rodents, and the like. However, in captivity, provide them with domestic rodents twice a week or you can consider a small meal on alternate days. Remember to buy fresh meat, and the sex of the rodents that seems to have a bearing on the breeding and health of your hog

The hognose snakes would prefer some active time out of their cage to stretch out and make some time for themselves. They are usually a bit huffy, but with regular handling, they are most likely to cool down soon. They are very fast at moving,  and so you must take care  accordingly.

Since they are docile, you can easily tame them. The Eastern Hognose Snake is very energetic and inquisitive, because of which it makes for a very interesting pet. Again, since their growth is limited, they make a very good choice as pets.