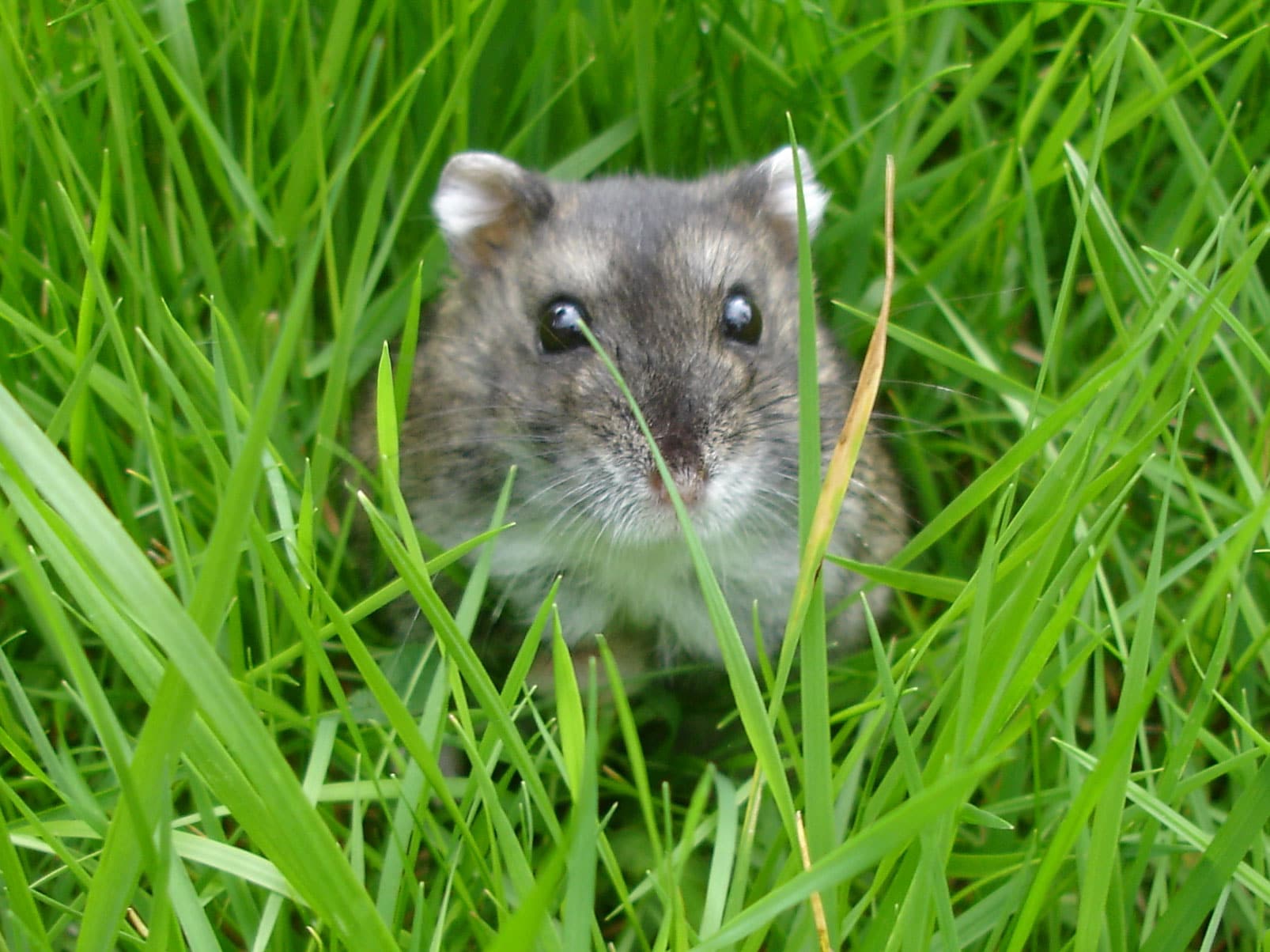 Campbell’s Dwarf Hamsters have a peculiar penchant for biting, but this is on account of the need to handle them differently. Contrary to the more easily managed Syrian Hamsters, the Campbell’s Hamsters sport different colors including the gray form, albino fawns, black hide whites and a type of motted color.

The life span of Campbell’s dwarf hamsters is approximately 1 ½ to 2 years, even though there are instances of their lifespan extending up to four years. The body length of an adult Campbells dwarf hamster is 10 to 12 cm. On an average the males are bigger. The Campbell’s dwarf hamsters have pouches in their cheeks into which they stock their food, we often see them filling up their cheeks full, and giving a feeling to others that their head is far bigger than their body. Their back is usually covered with gray-brown fur with a thick, dark stripe running along the middle of the back. The fur on either side changes to a creamy colour and that on the belly to a whiter color. Feet with fur these identify these Campbell’s dwarf hamsters.

Dwarf Russian Campbells hamsters are active during the night and for a little while at day. They are excellent pets, but when they are in danger there they reportedly resort to nipping. Children find it difficult to hold these hamsters since they are fast and tiny in size.

Initially in the wild the Campbell’s Russian Dwarf Hamsters were found in the year 1902 in Tuva by W.C. Campbell, they inhabit the partial dry regions of Central Asia and the Steppes, Hebel in North East China, territories of Heilungkiang and the Altay Mountains. The Campbell’s dwarf hamsters live in burrows in the territories of North East China, independent regions of Tuva, semi-arid areas of Central Asia as well as the Altai mountains. Only professional hamster owners breed hamsters. The breeding of the Campbell’s dwarf hamsters take place within 3 months or even after that. Their gestation period is 18 to 20 days. A Campbell dwarf hamster litters up to 10 pups.

Even though you can get dwarf hamster cages in various sizes, pick the biggest one that you can afford. While choosing a cage, be certain that their bar linings are close enough to prevent them from forcing themselves out.

It is essential that you give your dwarf hamsters clean and fresh water with a water bottle. Either hang the water bottle from the cage or keep it upright. Never keep a water dish your hamster may knock it into its bedding.

Give your hamster nutritious food available in the form of a food mix that has different varieties of food. In case you want, supplement the hamster’s diet with fresh food; if not supply them with nuts and seeds and at times, mealworms.

It is possible to scoop your dwarf hamsters in a plastic cup. A dominant female hamster in the cage will not allow you to touch any of the others; thus if you need to do so, separate her from the cage. Do not insert your hand into the Campbell’s cage thinking that they will come straight to you (unless they are familiar with you) because this is can definitely instigate a bite. Otherwise, place your hand mildly over the Campbell, with the Campbell facing your tiny finger and its hind part facing your thumb. Carefully close your hands on them.