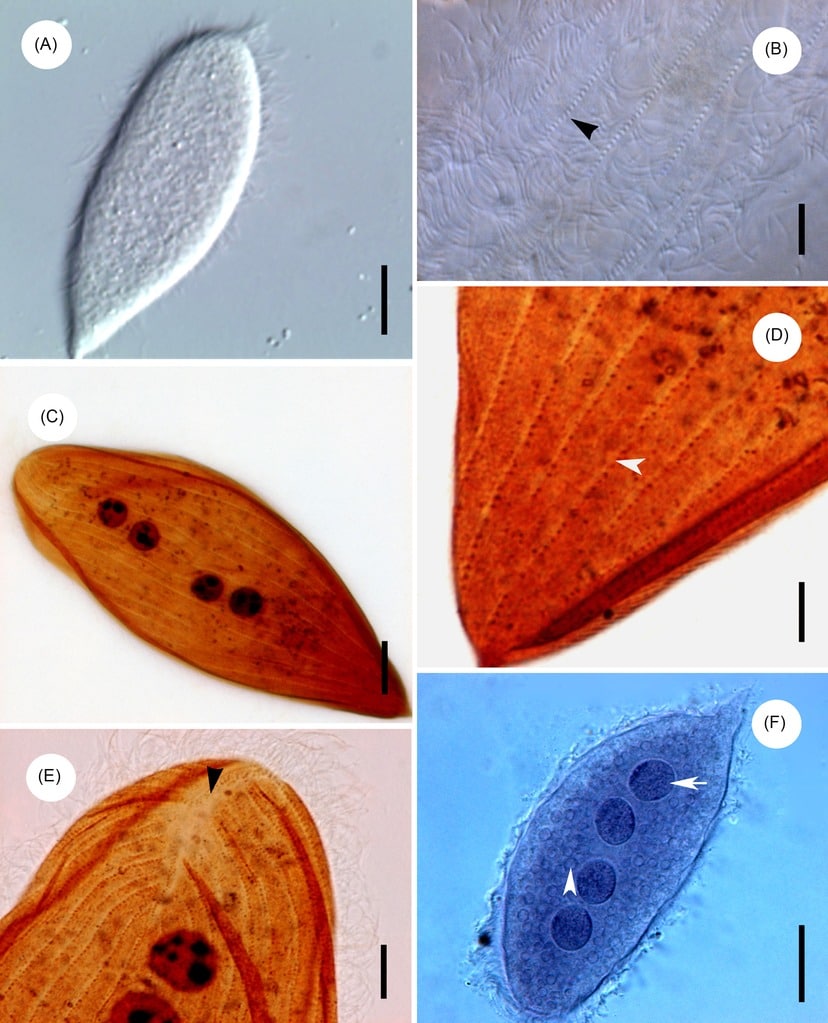 Sarcodina is the largest phylum. There are about 11,550 living species and 33000 fossil species of Sarcodina. Some Sacrodines are free living and some are parasitic. They contain amoeba and other related organisms. They have streaming cytoplasm. They use temporary cytoplasmic extension known as Pseudopodia. in feeding and locomotion. The cytoplasm contains inner, granular Endoplasm and clear, outer Ectoplasm. The Sarcodina moves by extending the cytoplasm. When the Endoplasm and the inner cytoplasm pushes the Ectoplasm or outer cytoplasm forward to make a rounded arm like extension, then Pseudopodia form. They feed on algae, bacteria, protozoans and organic debris. Cytoplasmic enzymes digest the food of the Sarcodina by entering in the food vacuole. Mostly, free living Sacrodines are carnivores, only some re herbivores and browsers.

They are distinguished by the structure of their Pseudopodia. There are three subclasses of the Sarcodina, which are Heliozoa, Radiolaria and Rhizopoda. Heliozoa and Radiolaria are considered as being ordered. And in that case, Sarcodina are divided into five orders. Rhizopoda includes the order Foraminifera, Testacea and Amoebina.

The name Sarcodina comes from the Greek word “Sarx”, which means “form”. In the 20th century, it was confirmed by a series of molecular Phylogenetic analysis that the Sarcodina was not a monophyletic group.

During certain stages of the development of the Sarcodina, they have flagella. They are found in fresh water, marine water and in moist soil. They are holozoic or heterotrophic in nutrition. The Sarcodina are either uninucleate or multinucleate. To pump out excess water, they have contractile vacuoles. When the weather conditions are unfavorable such as drought, heat or lack of nutrients, then they form hard, protective and inactive cysts. The Sarcodina have hard cells, known as a test. These tests are made of calcium carbonate and silica. Carbon dioxide and oxygen gases diffuse through the cell membrane. They have cells, which are either spherical or irregular in form and shape. The covering or pellicles of their cell are soft, transparent and flexible.

The Sacrodines may reproduce sexually or asexually. Sexual reproduction is done by Syngamy. The Syngamy is the fusion of two gametes. Asexual reproduction takes place by the division of cells and this happens frequently, without breakdown of the nuclear envelope, which is typical in mitosis or sexually by meiosis. In asexual reproduction, they produce a bud, the genetic material divides equally, but the newly formed organism’s cytoplasm is much smaller.

The Sarcodina are Subphylum of protozoa. They are characterized by the ability to alter the shape of their body. They live in brackish and salt water and as Endoparasites in plants and animals. They include amoeba and other various Pathogenic species. In appearance, they are similar. But, at the cellular level they have key biological difference. By consuming organic matter and food particles, they obtain energy.

The Sarcodina’s group of Protozoan parasites is characterized by amoeba. The Entamoeba Histolytica and Acanthameoba species are most commonly known amoeba which are able to infect human beings. Entamoeba Histolytica parasite is transmitted by the ingestion of cysts present in food, soil and water. A broad range of problems can be caused by this parasite. The Acanthameoba is one of the most frequent parasites found in the water and soil. They cause rare but severe infections.