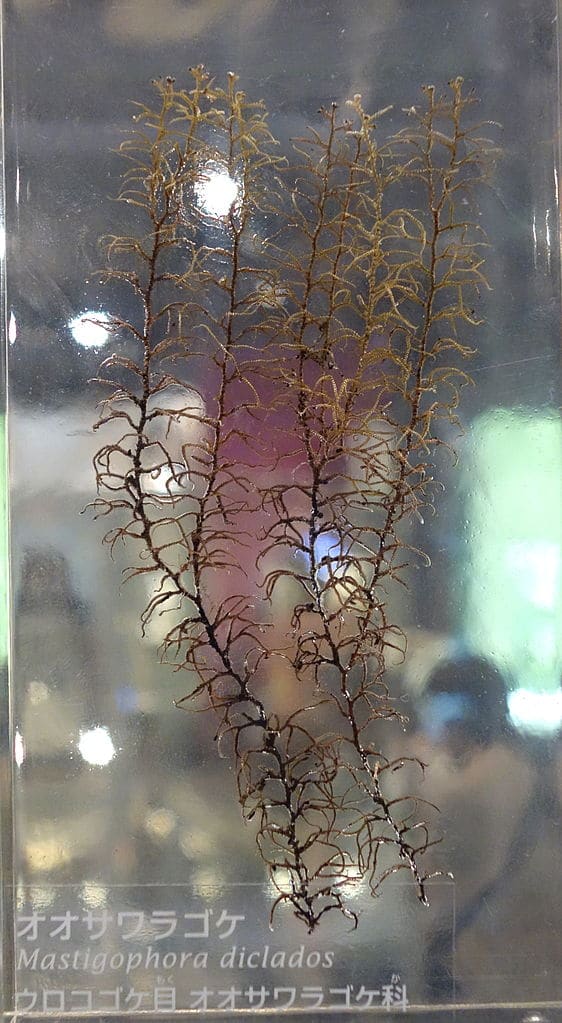 The Mastigophora are known as Flagellates and are a division Protozoans with a single cell. It is an organism which is characterized by the presence a single or multiple organelles known as flagella.

There are about 1500 species of the Mastigophora. In their life cycle, they possess one or many flagella (A Mastigophora hallmark) that help them for locomotion sensation and food capture. These species are well known for their characteristic self propulsion. They are primitive and simple protozoa and their body is usually covered with a thin pellicle (Thin Covering). With a single Endosome, usually one nucleus is present and mega nucleus is absent. They include primitive and minute protozoa.

Microtubules support Eukaryotic flagella, nine of their fused pairs surrounding two singlets at the center that originate from the flagellates’ basal body. These organisms use their flagella to propel the food to the mouth, also called the cystome.

Mastigophora are heterotrophic protozoa of the Protista kingdom.

Unicellular flagellates like the Mastigophora, use their whip-like flagella to create locomotion. The fact that some of these species resort to amoeboid locomotion alludes to a similarity with the Sarcodina that use needle/ lobe-like protoplasmic extensions.

The Phytomastigina have six orders.

Mastigophora have one or more whip-like organelles known as flagella. The position of these flagella is the key of their identification. In addition to flagella, some Mastigophora are capable to extend their cytoplasm (interior content) outwards in an arm like protrusion. These protrusions termed as Pseudopodia, are the temporary structures that are used to trap the food by the microorganisms.

The reproduction in Mastigophora is by equal longitudinal fission. The fission is either binary or repeated. The number of these fissions varies in the same species of Mastigophora. The binary fission is generally in those species which don’t have stout cuticle and are occurring in free-swimming stage and the repeated fission generally occurs in the cyst. The replication in this organism is by internal duplication of their content which is followed by the splitting of microbes to form two daughter cells. This process is called binary fission. In addition to the binary fission, some of these can reproduce by the process known as Syngamy, in which process Mastigophora reproduce sexually by the combining of genetic material from two Mastigophora.

Mastigophora are the disease causing species. Some of these are parasites. For the completion of their life cycle, they depend on the infection of the host. They cause disease in human beings and animals. One of the most common examples is Trypanosomes that causes sleeping sickness disease. The Giardiasis disease is caused by the Giardia Lamblia microorganism. Giardia Lamblia is drinking water contaminant. Symptoms caused by this organism include weakness in the body and it affects the cells of the small intestine. The filtration step in water treatment plants is eluded by the smallest microorganism called as a cyst.

Mastigophora are single-celled flagellates. The flagella in these organisms are used for propulsion. A current is created by these flagella to bring their food into their mouth area. Mastigophora make their food. Most of their existence is spent in locomotion and feeding. They are harmful to human beings as well as animals because they cause several diseases.

The common example of Mastigophora is Euglena that has two flagella and they are present in the basal part of the body. Out of these two flagella, one is very small and the other one is long and easily visible in the light microscope. Euglena doesn’t have a cell wall but it has a pellicle (thin skin, membrane, cuticle or film), which is made up of protein layer. They are flexible and contractile.

The other example is Chilomonas. The one thing common in all Mastigophora is that they have flagella in them. These are very small organism and they are the source of food for the larger Protozoans. They are biflagellate that means they possess two flagella which helps them for locomotion and feeding.

The third example is Eurdorina. These are also known as colonial flagellates. They are composed of 16-60 spherical cells. Each spherical cell contains two flagella. They make their own food with the help of sunlight and they have chloroplast in them.