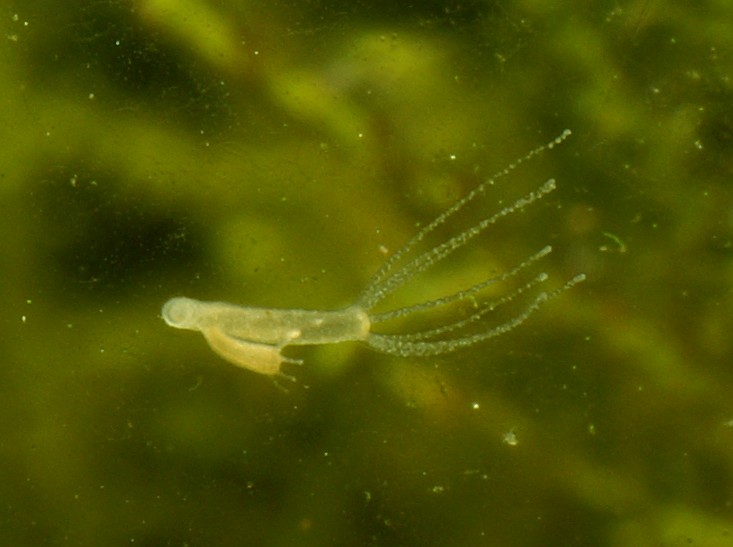 Hydra belongs to the phylum Cnidaria, a group of animals of the Hydrozoa classification; they are small animals which inhabit the fresh-waters of the tropical and temperate regions. Hydras are capable of regenerating, which renders them a great curiosity for the biologists. Their death occurs due to old age. Their appearance does not change as age advances.

However, a point that may invoke your interest is the fact that most cnidarians live in a marine habitat, the sole exception being the Hydra. Several colonial animals like The Obelia, Corals and the Sea Anemones and the Hydra, are loosely related. Most of these animals seem to have a body with vertical folds which they expand for consumption of larger prey.

Hydra’s Immortality Gene and Its Context to Humans

Hydra’s remarkable anti ageing feature, almost alluding to immortality has been a keen subject of evolving research that relates to the human ageing process that could unlock several hitherto unexplained theories like advanced therapies of rejuvenation.

When the Hydra, extends its body, it is tubular in shape and symmetrical in radius, with a length of 10 mm (0.39 in.). It holds firmly to the substrate by means of a sticky fluid secreted in the basal disc; this is an ordinary adhesive footing created by glandular cells in the basil disc they secrete a sticky fluid, responsible for the adhesion.

The mouth is situated at the body’s extreme end, around which there are 12 delicate movable tentacles. Every cnida (plural form is cnidae) or tentacle is wrapped by very extraordinary stinging cells known as cnidocytes. These cnidocytes have peculiar structures, known as nematocysts; they resemble minute lighting bulbs, having within them a coiled thread. There is a trigger hair, known as the Cnidocyte, also called a nematocyte or cnidoblast, containing a dominant specialized structure, known as the orcnida. When they come in contact with any prey, they discharge the content in the nematocyst in an explosive manner, which fires a thread like a dart, which contains neurotoxins, into the object that is targeted; these released neurotoxins paralyze the prey, particularly in case several hundreds of nematocysts are fired.

The Hydra possesses 2 major body layers, because of which it is “diploblastic”. The layers are separated by a gel-like matter called mesoglea (translucent, non-living, jelly-like substance found between the two epithelial cell layers in the bodies of cnidarians and sponges). The inner layer lines the stomach, therefore it is known as gastrodermis. The cells comprising these two layers of the body are comparatively uncomplicated. Hydramacine is a recent discovery of bactericide found in Hydra; these guard the external layer against infection.

The Hydra’s nervous system comprises of a nerve net, which, when compared to the mammalian nervous system, is simple in construction. The hydra is void of real muscles or a distinguished brain. Nervous nets join the sensory photoreceptors and touch the sensitive nerve cells situated in the tentacles and the walls of the body.

Having a body wall that has only two layers, and fully insulated by water, they do not appear to need any special organs for intake of oxygen or for aiding the excretion process. The Hydra excretes and respires by diffusion all over via the epidermis as they disseminate through the cells. Further, a circulatory system seems unnecessary for distribution of nutrients and gasses in the body. When the Hydra is attacked or alarmed, its tentacles retract into tiny buds; further, the column of the body itself retracts to a tiny sphere of gelatin. Irrespective of the direction of the stimulus, the Hydra, normally have a similar reaction, notwithstanding from which direction the stimulus originates. This is perhaps on account of the nerve net’s simplicity.

The hydra is normally stationary or with a slight movement, however, infrequently their movement is more agile, particularly while hunting. This is performed by bending over and fixing themselves to the substrate, along with its tentacles and mouth and further releasing its foot, by which it is normally attached. By such a procedure of “somersaulting” or “looping”, the Hydra makes a movement of some inches (100mm) in a day’s time. Movement of the Hydra also takes place by easily detaching from the substrate and then floating along the current or by amoeboid movement of its bases.

The normal diet of the Hydra is invertebrates like Cyclops and Daphnia.

While taking in food, the Hydra stretches its body to its extreme limits and further gradually stretches its tentacles. Even though its structure is not complicated, its tentacles are astonishingly stretchable to a length of 4 to 5 times its body length. When the tentacles are stretched to the maximum limits, they maneuver their tentacles all around trying to come in contact with any prey, or animal, when they fire the nematocysts on the tentacle into the prey, and further, the tentacles coil round the prey. In a span of half an hour, most of the other tentacles unite in the attack and make the prey to surrender. In 2 minutes time all the tentacles surmount the prey and it is then drawn into the opening of the mouth. Further, in 10 minutes, the prey is trapped in the cavity of the body, and the process of digestion begins. To digest prey that is over twice the size of its body, the Hydra can extend the wall of its body to an appreciable degree. After 2 or 3 days, it discharges the remaining food that is undigested, through the mouth opening, by contraction.

It is, interesting to note the hydra’s complicated feeding system is accomplished by its obviously uncomplicated nervous system.

Certain varieties of Hydra are seen in shared association with different varieties of unicellular algae. Hydra protects the algae from predators and in turn, the Hydra gets its source of food through the photosynthetic products of the algae.

Several Hydra have asexual reproduction by the production of buds on the wall of the body. When their food is in surplus, these buds grow into miniature adults and easily get detached when mature. When a Hydra is sufficiently fed, every second day, it is possible to form a fresh bud. In severe situations, mostly prior to winter, or when the situation of food is scarce, sexual reproduction takes place in certain Hydra. Enlargement in the walls of the body grows into either testes or ordinary ovary. These testes release into the water free swimming gametes, which are able to fertilize the eggs contained in another individual’s ovary. The eggs that are fertilized have a strong external covering. In the event of the death of the adult, these egg that are at rest, drop to the bottom of the pond or lake to waiting for favorable situations, for hatching into nymph Hydra. Others similar to Hydra viridissima or Hydra Circumcincta are in the form of hemisphere and are likely to generate testes and ovaries simultaneously.

Several associates of the Hydrozoa undergo a transformation from a polyp to an adult stage, known as Medusa. But, every hydra, in spite of remaining hydrozoans, stay as polyps all their lives. The Brown Hydra or Hydra Oligactis, is a species that is abundantly dispersed in the temperate zones of the northern hemisphere, Australia and Britain, and inhabits the still and slow moving waters of freshwater ponds, streams, rivers and brooks, characteristically attaching themselves to debris, submerged twigs, stone surfaces, leaf undersides and aquatic plants from the beginning of spring to the last part of autumn.

Most people often overlook feature of these hydra retracting into a blob of brown, whenever disturbed. If you want to see the hydra, all you have to do is to sweep a glass jar in a clean pond with weeds, and let it stand for a while. In a few minutes, you will see the hydra making their appearance.

They have long tentacles measuring over 25 mm or an inch, which they extend fully in feeding mode to catch prey. Normally, the tentacles are not apparent, and can be seen only when they stretch them in pursuit of a prey like the Daphnia. This is a carnivorous species, feeding on minute aquatic invertebrates that they paralyze with the stinging cells lodged in the tentacles.

Reproduction is by asexual “budding”, but under harsh conditions without food, these organisms can reproduce sexually. An interesting point is that an individual organism can spawn both male and female offspring. The Hydra of Lerna or the Lernaean Hydra, frequently called just Hydra, existed as an historical serpentine monster of the water having reptilian traits in Roman and Greek mythology. Its lair remained the lake of Lerna of the Argolid. This was also the location of the myth of the Danaids. Lerna obtained the reputation of an opening to the underworld. According to archaeology, it is a sacred spot with a longer history than Mycenaean Argos. The Hydra remained as a guard.

As per Hesiod, the Hydra was the offspring of Echidna and Typhon, Gods in Greek mythology and was credited with having several heads Every time a head was lost, a regeneration of 2 more would appear. Its blood and breath were so toxic that its scent too was fatal. Heracles killed the Hydra, in the second one of his 12 famous labors. Heracles was sent by Eurystheus to kill the Hydra, which Hera (Wife of Zeus, the king of the Gods, who detested Heracles for being Zeus’ son by another woman) had nurtured, especially for slaying Heracles. When Heracles reached the swamp adjacent to the Lerna Lake, the place where the Hydra was dwelling, he shielded his nose and mouth using a piece of cloth for protecting himself from the toxic fumes. He then flung arrows of flames into the Hydra’s lair, the Amymone spring, which is a deep cave from which it came out just for terrorizing neighboring villages.