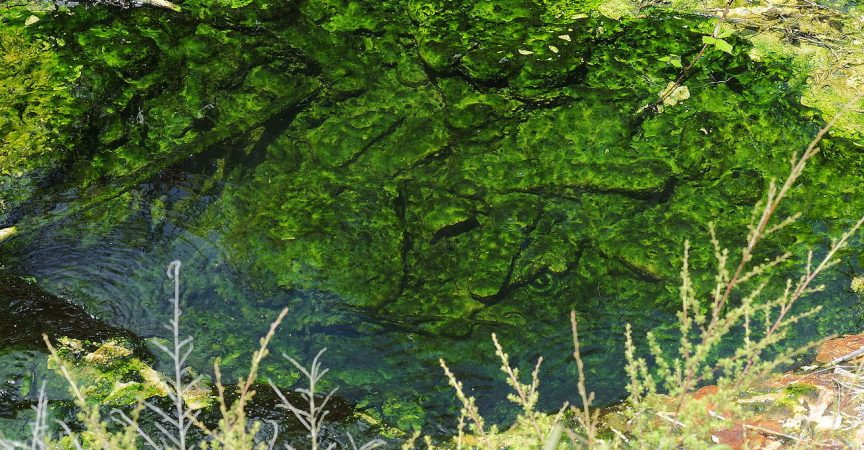 The green alga, singularly named as green alga, is a big familiar cluster comprising of the Charophyte and the Chlorophyte algae, which are currently separately classified.

The highly dissimilar group consists of the “green algae” comprising of over 7000 classes that grow in different habitats. The “green algae” belong to the paraphyletic class, since it is not included in the Plantae. Similar to the plants, they have chlorophyll in two forms; in the green algae; this is used for capturing light energy to increase the production of sugar. However, quite different from the plants, mostly, they are aquatic. These organisms produce their own food and are aquatic; for which reason, they are named “algae”.

The colonists and unicellular flagellates are included in the Green Algae. Most of them have 2 flagella in each cell, and also different forms, filament and coccoid .and Colonial Besides; they are multi-cellular, macroscopic seaweeds. In Charles (a class of fresh water green algae in the distribution of Charophyta, generally called “stoneworts”), the nearest associate of advanced plants, complete cellular segregation of tissues takes place. In all, there are around 8000 kinds of green algae; several of them dwell a major part of their life as a solitary cell, whereas many species form colonies, also called Coenobia), greatly characteristic macroscopic seaweeds or long filaments. There are other organisms that depend on the green algae for the process of photosynthesis.

Symbolically, you can also find the green algae in the flatworms, Hydra Viridissima and in the ciliate Paramecium. In the symbiotic family, we find certain varieties of green algae, especially those of the genus Trebouxia, belonging to the Trentepohlia (Ulvophyceae class) and Trebouxiophyceae class. They are also seen in a symbiotic family using fungi to generate lichens.

On the whole, the fungal variety, a close associate of the lichens is unable to live by themselves, whereas, we generally find the algae variety living on their own in the absence of fungus. Trentepohlia is a green filamentous algae, it lives independently on rocks, humid soil, and barks of the trees and also form the photosymbiont in the lichens, belonging to the Graphidaceae family. The chloroplasts in the Green algae possess chlorophyll a and b, this gives them a brilliant color, and also the xanthophylls and the pigment beta carotene which is their accessory, in thylakoids stacks. Normally the cell walls of the green algae possess cellulose, which accumulate carbohydrates in starch form. Mitochondria (Wiki- which is bound by a double membrane seen in the majority of eukaryotic cells) are contained in all the green algae with flat cristae (Wiki Seen in the majority of mitochondria inner membrane).

The cells attain their motion through the presence of paired flagella. The flagella are anchored by a system of fibrous strands and microtubules that are cross-shaped. Flagella are available only in the moving male gametes (the female germ cells that unite with the opposite sex through sexual reproduction form zygotes) of the charophytes.

Chlorophyceae group of green algae experience closed mitosis in the general division of the cell, it happens through a phycoplast (microtubule formation seen during cytokinesis in associates of the Chlorophyceas).

Green algae belong to the eukaryotic organisms (all organisms with a nucleus in their cells and several organelles packed inside the membranes) that obtain a reproductive cycle known as alternation of generations.

Reproduction changes from identical cells (isogamy) fusion to fertilization of big stationary cells by one that is in motion (oogamy). Still, there is variation in these traits, generally seen with the basal green algae, called Prasinophytes.

Diploid zygotes are formed when Haploid algal cells (those that contain just a single copy of their DNA) fuse with the other haploid cells. When this is practiced with filamentous algae, bridges are formed in-between cells, leaving void cell walls, which are effortlessly identified through the light microscope. Such a process is named a conjugation and it happens for instance in Spirogyra. The production of sex pheromone (that which an organism releases for attracting opposite sex individuals) is probably a normal characteristic found in green algae, even though it was researched in only some model organisms.

The species Volvox carteri (2000 to 6000 cells), has been is properly studied to dwell in provisional water pools which get dried out towards the end of summer. These V, carteri die as soon as the environment in which they are, dry out. Still, survival is possible if they switch prior to complete drying, to the sexual life cycle, leading to the production of zygotes that lie dormant and are desiccation-resistant.