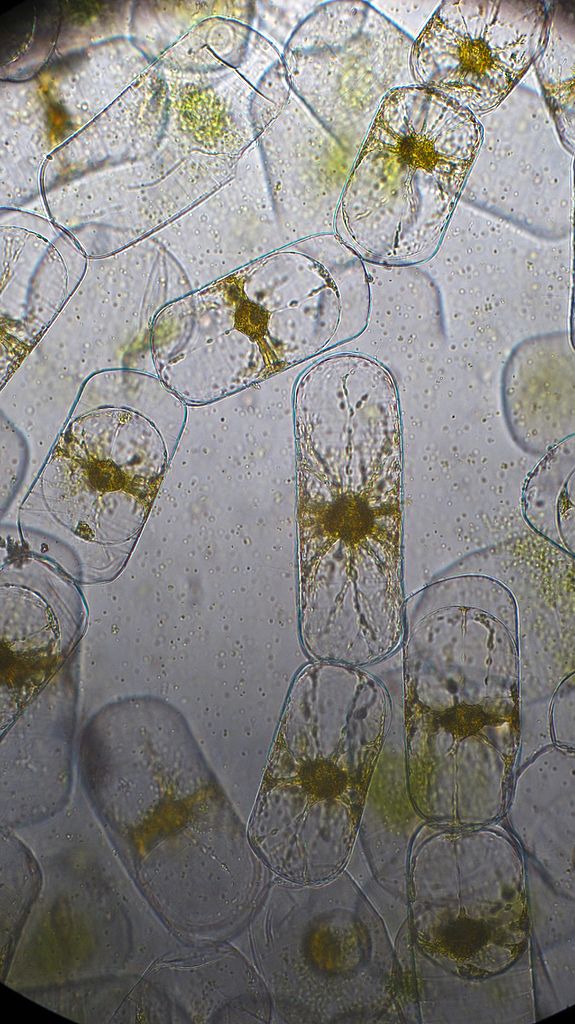 The dinoflagellates belongs to the big assembly of flagellates Protista, comprising of the phylum Dinoflagellata.. Most of them come from the marine plankton; however, they are frequent inhabitants of the fresh water, and are scattered according to the salinity, temperature or depth. It is understood that several dinoflagellates are photosynthetic, however, a great percentage of them are really mixotrophic (which means Wiki-an organism that is able to use an assortment of diverse energy sources and carbon), in combination of photosynthesis along with intake of prey (phagotrophy). The dinoflagellates are considerably smaller than the diatoms; however, when considering the number of their species, they are the biggest assembly of marine eukaryotes. Few of these species belong to the endosymbionts (Wiki-smaller symbiotic associates, residing within a host organism), of the marine animals. They have a crucial role to play in the biology of coral reefs. The remaining dinoflagellates are predators with no color, living on several other protozoa. Besides, some forms are parasitic (for instance the Pfiesteria, Oodinium). There are dinoflagellates, which, according to their life cycle, create stages to resting (these are the dinocysts or dinoflagellates cysts).

In the year 1885, Otto Bütschli defined these very dinoflagellates initially as the flagellates of the order Dinoflagellida. Botanists, considered them as a class of algae, called Pyrrhophyta (fire algae or Pyrrophyta). This was named after the Dinophyta or bioluminescent forms. Dinoflagellates are single celled; they have 2 unlike flagella cropping up from the side of the ventral cell (dinokont flagellation). They possess a cross-wise flagellum, like a ribbon, having numerous waves which beat left of the cells, and another longitudinal flagellum, which is more conventional, having hardly any hairs that beat posterioriorly. As for the transverse flagellum, the exterior edge alone undulates from the base to the tip; this is because of the action of the axoneme running along it. The hairs on the Axonme’s edge are uncomplicated, they change in length. The movement of the flagella generates forward propulsion, which gives a twisting force. The flagella lie in the grooves on the surface; the longitudinal flagella lies in the Sulcus and the transverse one lies in the Cingulum.

The covering of the Dinoflagellate is a complex cell, called a Cortex or an Amphiesma. They are composed of a chain of membranes, which are flattened vesicles known as alveolae with linked arrangements.

In Most of the photosynthetic dinoflagellates, the chloroplasts are held by 3 membranes. Most of the species that are photosynthetic have “a” and “c2” chlorophylls, a group of xanthophylls and the carotenoid, beta-carotene; they are unique to the dinoflagellates in appearance. Organelles like the smooth and rough endoplasmic reticulum, mitochondria, Goli apparatus, food vacuoles and starch grains are more predominant in the dinoflagellate cell. Few are seen having a mild-sensitive organelle, the stigma or eyespot, or even a bigger nucleus having a conspicuous nucleolus. The eye of the dinoflagellate Erthropsidium is the tiniest eye identified.

Most of the dinoflagellates have a weird shaped nucleus known as a dinokaryon; the chromosomes are fastened to the nuclear membrane in the nucleus. They bear a smaller number of histones.

Most of the extant dinoflagellates belong to the parasite group (in this it is defined as organisms eating their prey from within, i.e. Endoparasites, or those that remain joined to their prey for a considerable period of time, i.e. Ectoparasites). They are able to parasitize protist hosts or other animals. Their diet comprises of blue-green algae, bacteria, ciliates, diatoms, tiny dinoflagellates and other dinoflagellates. Their prey is drawn via the cells’ sulcal region (either through the pseudopodial extensions or through the water currents which the flagella sets up) and the prey is ingested via the sulcus.